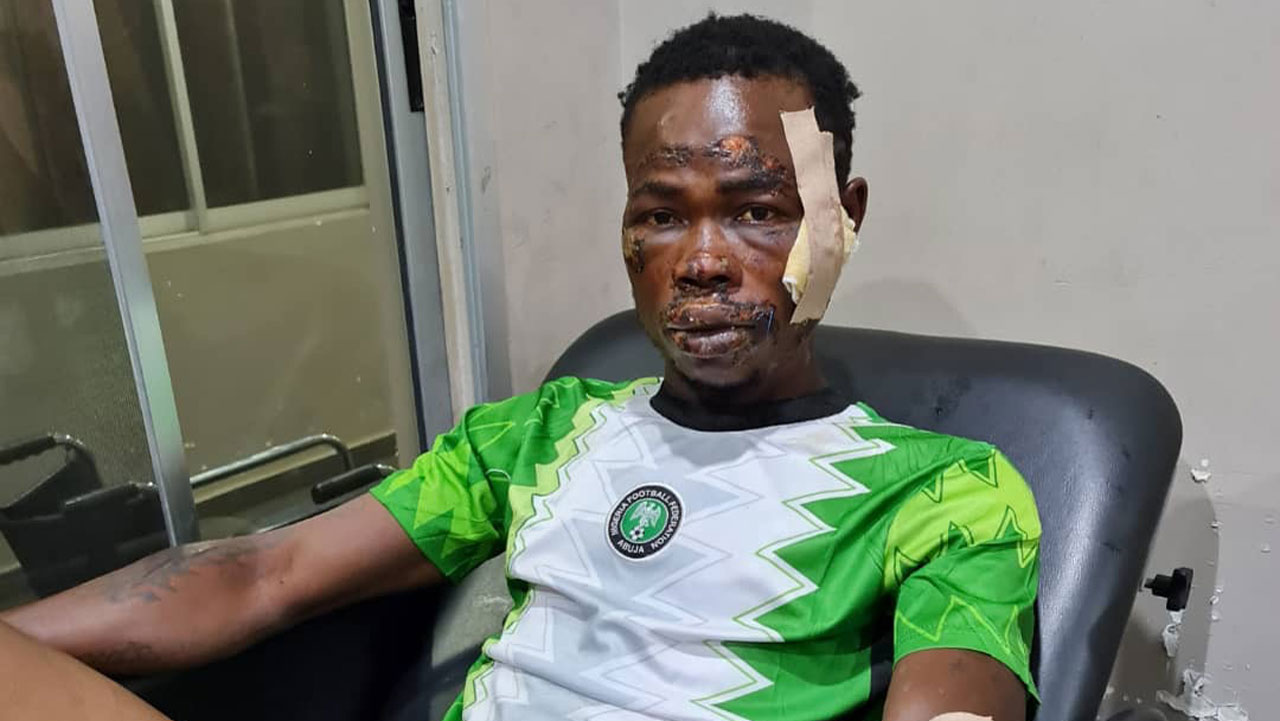 A 29-year-old man, Mr. Ismaila Bakare, who was knocked down on March 13, 2021 by an Ajah General Hospital ambulance has appealed to Lagos State government for medical assistance.

The driver, who was said to be on the wrong way around 6:00pm, hit Ismaila on his way home from Lekki Phase 1 roundabout. He was said to have rushed Ismaila to Lagos Island General Hospital, where he allegedly abandoned him.

The nurse in charge, Okunsanya Funmi, told The Guardian that as at Sunday, March 14, only one drip and an injection had been administered on Ismaila.

Funmilola Salami, a legal practitioner, who is handling the matter on Ismaila’s behalf, told The Guardian that he was compulsorily discharged from Lagos Island Hospital, last week, Wednesday where the driver rushed him for treatment and has since been vomiting blood with an x-ray revealing blood in his chest.

According to Ismaila,“I was standing by the roadside at Lekki roundabout when the ambulance that was driving on one-way came to hit me where I was. He had no sick one in the bus with him; so, I do not know why he took one-way. With the help of other people, he rushed me to Lagos Island Hospital, where I was not treated me because of money.”

One of the staff of Ajah General Hospital, whose ambulance knocked the victim, revealed that nothing could be done to Ismaila because the Managing Director, Dr. Quadri, travelled out.

When The Guardian reached out to Dr. Quadri on telephone, he said: “I am not aware, I’m not aware.”He later sent a message, which read, “can’t speak now, call you later.”

In his plea for assistance, Ismaila called on Governor Babajide Sanwo-Olu to help out. “I was told that the medical director of Ajah General Hospital whose ambulance knocked me down has travelled,” Ismaila said.

They abandoned me and all my body is in pain. I don’t know how my six-year-old daughter and pregnant wife are feeding. I have been sent away from the hospital with no help now, I need medical assistance to be able to take care of myself and family,” Ismaila appealed.