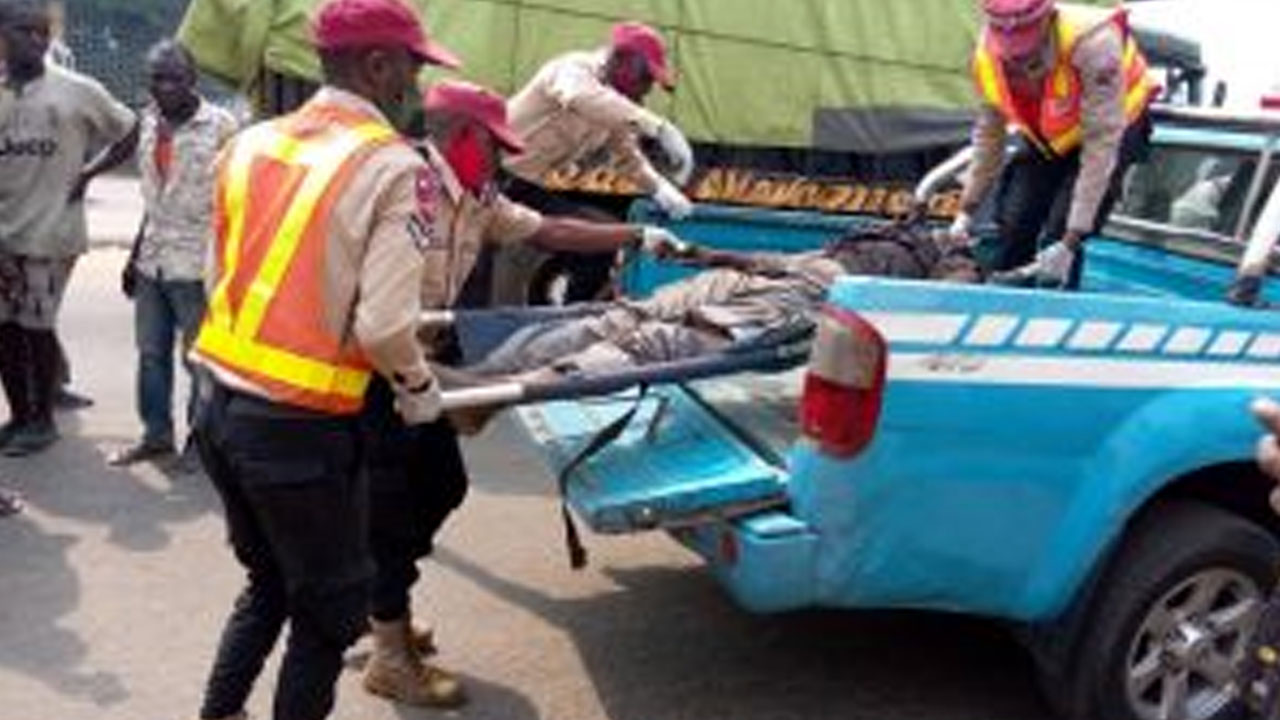 Scene of the accident in Onitsha, Anambra. PHOTO: NAN

The Federal Road Safety Corps (FRSC) in Anambra has confirmed that a man was killed in a road traffic accident involving three vehicles at Upper Iweka in Onitsha on Tuesday night.

Mr Adeoye Irelewuyi, FRSC State Commander in Anambra, confirmed the accident to the News Agency of Nigeria (NAN) on Wednesday in Awka.

Irelewuyi said that the accident was caused by speeding and loss of control.

“Eyewitness report reaching us indicates that one of the trucks was on top speed when it lost control and rammed into the other two vehicles.

“A total of 15 persons were involved in the crash comprised of 10 male adults and five female adults.

“One female adult sustained some degree of injuries and was taken to an undisclosed hospital by a good Samaritan.

“While a yet-to-be-identified male adult was taken to Toronto Hospital by FRSC rescue team from upper Iweka Outpost, where he was confirmed dead by the doctor on duty,” he said.

He said that the remains of the deceased were deposited at the hospital’s Mortuary.

Irelewuyi condoled with the family of the deceased and warned motorists to avoid speeding and all forms of dangerous driving.