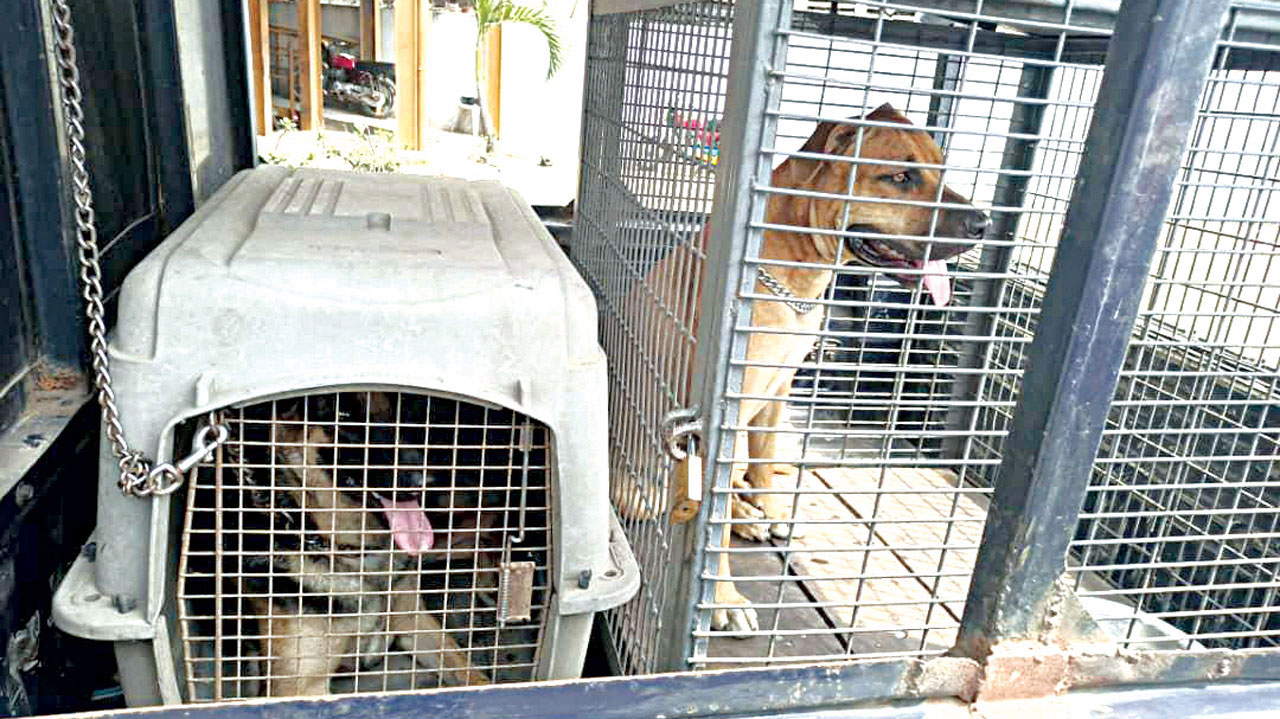 Police operatives in Lagos have arrested a man at the Surulere area of the state for allegedly unleashing his dogs on police officers, and causing one of them to sustain injuries.

According to the police spokesman, Muyiwa Adejobi, the suspect, Adeyemi Abayomi, unleashed his dogs after officers who were invited by the houseowner following complaints of his illegal occupancy.

Adejobi, a chief superintendent of police, said a female officer was injured in the process and is being treated in a hospital.

“Adeyemi Abayomi, of No 115, Itire Road, Surulere, unleashed his dogs to attack police operatives on invitation in his compound where the gods were released and ordered to bite woman inspector Atim Umoh and caused her bodily injuries.

“The incident occurred on Tuesday, at about 1130am when one Nneka Regina, of No 103, Lagos Street, Ebutte Meta, went to Surulere Division to complain about the criminal attitude of the suspect for illegally occupying her property at No 115 Itire Road, Surulere and threats to life.

“The police operatives attached to Surulere Division were sent to invite the suspect before he ordered his dogs to attack them,” the police said.

Reacting to the incident, the Commissioner of Police, Lagos State, Hakeem Odumosu, said the Command would not tolerate attacks on its officers by individuals and groups while discharging their legitimate duties.