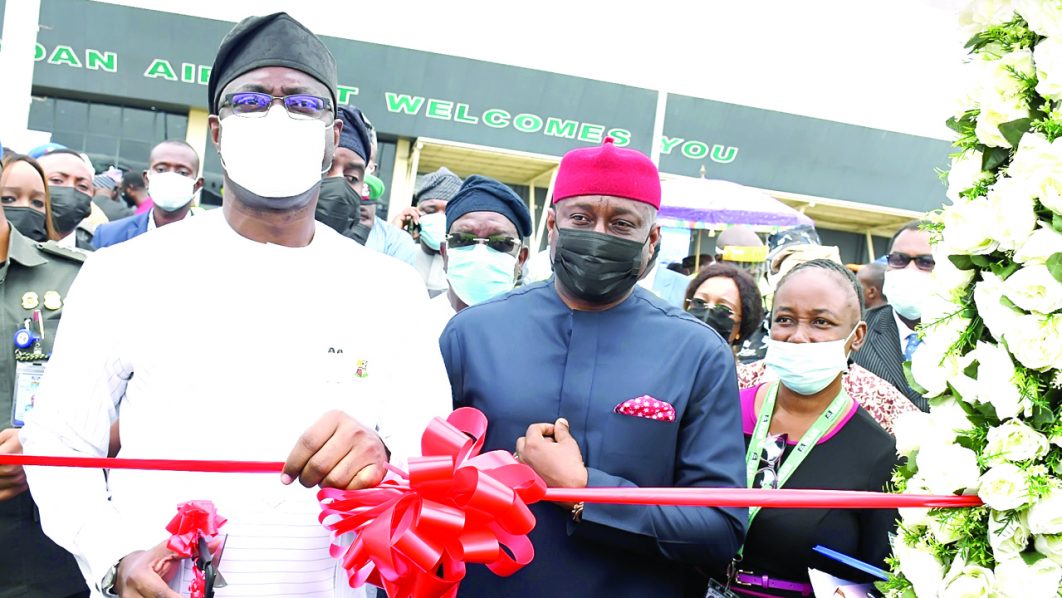 Makinde stated this during the inaugural flight of Air Peace Airline at the Alakia Ibadan Airport, Ibadan, the Oyo State capital.

The governor also commissioned the Airport Protocol Lounge to be rehabilitated by the state government.

Makinde said the facility would enable airline operators to use Ibadan as their operational base and also ensure that the airport serves as an immediate alternative to the Lagos Airport in case of weather or other challenges.

He expressed optimism that the commencement of air flight operations by Air Peace Airline at Ibadan would further boost the economy of the state.

BESIDES, Makinde, yesterday, sought the consideration and approval of the House of Assembly for a supplementary budget of N50 billion.

The request was contained in a letter sent to the House by the governor and read at plenary by the Speaker, Adebo Ogundoyin.

The governor said that the N50 billion supplementary budget was to cater to three major projects not captured in the approved 2021 budget.

MEANWHILE, the Assembly has approved additional N6 billion credit facilities for the administration to bridge the infrastructure deficit across the state.

The Speaker said the House would continue to monitor the spending and expenses of the Executive Council, and ensure the loans being approved would be judiciously used in developing and completing ongoing infrastructural projects.

IN a related vein, the Assembly, yesterday, moved a motion to curb the rising cases of violence against women in the state.

The motion was jointly moved by the Speaker and Bimbo Oladeji.

The duo pointed out that sexual violence could lead to a multitude of health consequences, including physical, reproductive, and other challenges.

They, therefore, resolved that the Executive through the Ministry of Health should provide comprehensive service to train healthcare providers in responding to the need of victims.