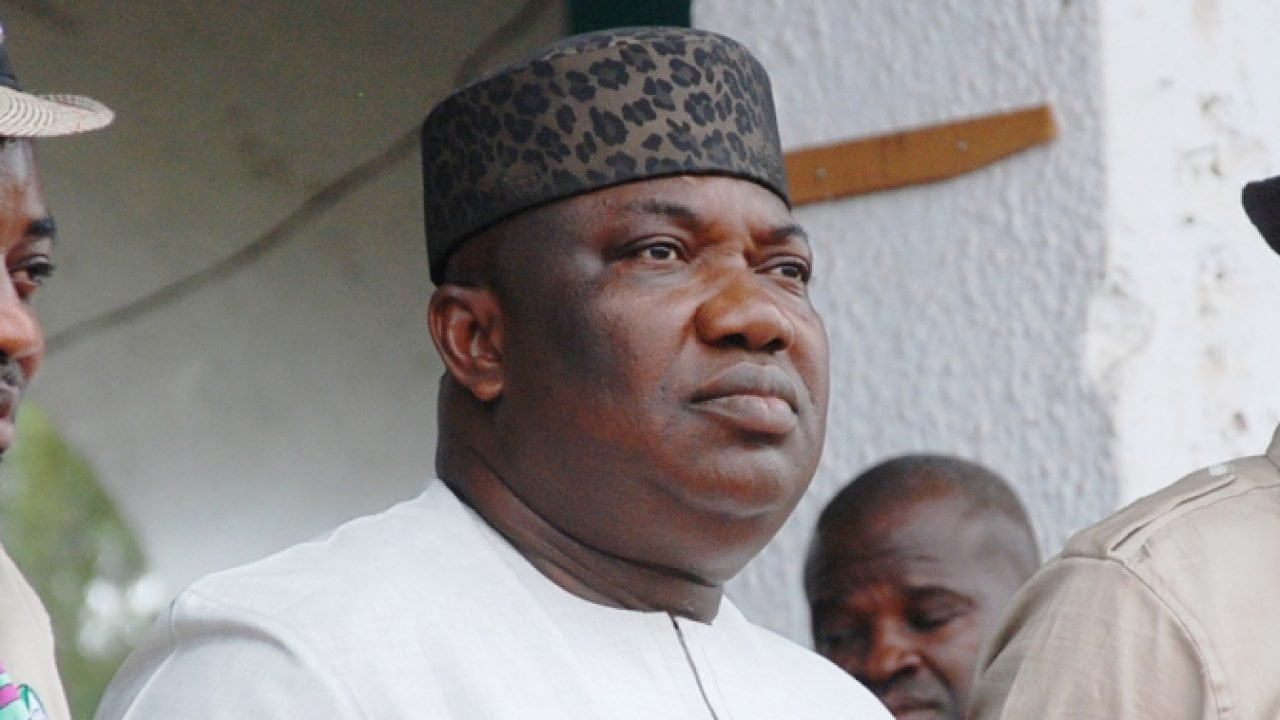 A potent vision pulls in ideas, people, peace, development and other qualities. It creates the stamina and will to make change happen. It inspires individuals, diverse stakeholders and complementary democratic institutions to commit, to persist and to give their best.

Cut to the bone, this is the story of the Government of Enugu State, under the adroit leadership of the state governor, His Excellency, Rt. Hon. Ifeanyi Ugwuanyi, as he circumspectly navigates the mid-term of his concluding tenure amid local, national and global governance challenges.

Leading from the front and directly confronting the avalanche of challenges crisscrossing the economy, dwindling resources, security and public health, in the last six years, Governor Ugwuanyi has simply proved that fear of God, passion, resilience, focus and inclusiveness represent the driving forces behind his administration’s success story.

Significantly, the foregoing challenges were the prevailing hurdles bedeviling the country since Ugwuanyi has been in the saddle as governor of Enugu State. This scenario has drastically and negatively impacted the nation’s financial status as federal allocations dwindled to an all-time low. Consequently, Enugu State’s purse keeps growing leaner with inherited huge debt profile and other wage bills to be serviced.

It is on record that Enugu State, with its capital city Enugu, as the historical capital of Eastern Nigeria, East Central State, old Anambra State, old Enugu State when Abakaliki was part of it and the capital of the present Enugu State, has a huge monthly wage bill to be served in spite of the state’s limited resources.

For instance, a preponderance of retired pensioners from other South East states who served the old states with Enugu as their capital, still receive their monthly pensions and other retirement benefits from the coffer of the Enugu State government. This is a huge financial obligation eating deep into the meager resources of the Enugu State government which Gov. Ugwuanyi’s administration has continued to fulfill in spite of the nation’s economic meltdown.

Besides this, the Ugwuanyi administration has been up-to-date in the payment of the new N30,000 minimum wage and its consequential adjustment to the state civil servants, on or before the 23rd of every month, which is another huge burden on the state’s finances. This is even when some states have discontinued with the payment because of their dwindling resources. It could therefore be imagined what would be left for development issues from the lean federal allocations accruable to Enugu State.

While these challenges have almost derailed many of his peers’ governance journeys, Ugwuanyi’s administration has emerged stronger, as many independent observers have genuinely acknowledged in their verdicts.

Besides Enugu’s huge wage bill, in a dwindling economy, the nation’s security issues, the #EndSARS protests and the unexpected outbreak of the Novel Coronavirus Disease (COVID-19) ravaging the world, just like any other state in the country, occupied and hindered the Ugwuanyi administration’s second-term lofty development programmes.

But, remaining focused and pushing further a transformational vision of Enugu State, in line with the promises in his inaugural address, Gov. Ugwuanyi exploited his intimate understanding of his turf to manage key human development, infrastructure, economic and sundry challenges.

To sustain the positive changes he has incepted in the Enugu story, Governor Ugwuanyi has in the first two years of his second term in office maintained the tempo of his giant strides in rural development, healthcare delivery, infrastructural transformation, peace and security, education, investment promotion, youth empowerment, innovations and workers’ welfare, among others.

His administration also provided 100 patrol vans with communication gadgets for the security agencies in the state and 260 security vehicles, 260 motorcycles and 300 bicycles for the repositioned Vigilante/Neighborhood Watch groups and Forest Guards for their community policing operations, among numerous remarkable achievements in other spheres of development.

During this year’s May Day celebration, jubilant workers of Enugu State were bold and proud to commend Gov. Ugwuanyi for his administration’s laudable projects and programmes aimed at improving their living standard and that of the entire people of the state, as well as his unequalled resilience in the approval and payment of the new N30,000 minimum wage and its consequential adjustment to the state workers.

The workers who spoke, through the State Chairman of the Nigeria Labour Congress (NLC), Comrade Virginus Nwobodo and his Trade Union Congress of Nigeria (TUC) counterpart, Comrade Benneth Asogwa, also appreciated Gov. Ugwuanyi, who was present at the annual event, for the sustenance of payment of salaries on or before the 23rd of every month, other welfare packages, as well as numerous development projects across the state, in spite of the state’s lean resources and “even when the scourge of the COVID-19 pandemic was severe”.

Comrade Nwobodo, the NLC chairman who described Ugwuanyi as “the most labour-friendly governor in Nigeria” said that “it is crystal clear that workers of Enugu State have never had it so good since the present democracy, as it is since the inception of the present administration of Governor Ifeanyi Ugwuanyi”.

He thanked the governor, on behalf of the workers, for “regular and prompt payment of workers’ salaries, pensions and other allowances, notwithstanding the high level of wage bill occasioned by the new minimum wage”.

On his part, the TUC Chairman, Comrade Asogwa, said that Gov. Ugwuanyi, through the peaceful implementation of the new N30,000 minimum wage and its consequential adjustment “has broken the long history of industrial unrest, intimidation and neglect that heralded the previous minimum wage implementation in the state”.

Comrade Asogwa also commended the governor for regular payment of the 13th month salary bonus to state workers from 2015 (except for 2020 pandemic year), safety of lives and property, and the peaceful co-existence of Enugu State people, irrespective of their political, social or religious affiliations.

The labour leader equally lauded Gov. Ugwuanyi for the ongoing simultaneous construction of two ultra-modern secretariat buildings for the state chapters of the NLC and TUC, by his administration, stressing that “this further portrays the present government as an all-inclusive one that embraces every group and individuals as partners in governance”.

Comrade Asogwa went further to commend the governor for “massive road construction, especially in the rural communities; transformation of the state-owned health facilities, particularly the building of a world class infectious disease control center in the former Colliery Hospital Enugu, and unparalleled environmental cleanliness in major cities of Enugu State.

“Your Excellency, workers of Enugu State are not only happy with your labour-friendly disposition, we celebrate your prudency in the management of the meager resource accruable to Enugu State”.

Only recently, members of the Nigeria Guild of Editors were in Enugu for their standing committee meeting ahead of their national convention. They inspected some projects by Gov. Ugwuanyi’s administration, such as the state-of-the art 14km Opi-Nsukka dual carriage way, the ongoing first state government flyover bridge project at T-Junction Abakpa Nike, Enugu, the massive construction works at the permanent site of Enugu State University of Science and Technology (ESUT) Teaching Hospital and College of Medicine, Igbo-Eno, the massively rehabilitated and transformed Enugu State Infectious Diseases Hospital, for isolation and treatment of patients with infectious diseases, formerly known as Colliery Hospital Enugu and quality road infrastructure in the rural areas.

Others include the Type-3 Primary Healthcare Centres, which were newly constructed in seven Local Government Areas of Enugu State and modern Cottage hospitals with Isolation wings ongoing in Awgu, Oji River, Udenu and Igbo Eze North LGAs, in line with the administration’s vision to provide quality, accessible and affordable healthcare services, especially in the rural communities.

The editors expressed their satisfaction with the massive development strides and other people-oriented programmes the governor was carrying out in the urban and rural communities of Enugu State, stressing that they were highly impressed.

The guild’s president, Mustapha Isah, disclosed that “the quality of roads we saw in the rural areas, the massive dualized road in Nsukka; the primary and secondary healthcare facilities and even tertiary institution for the ESUT Teaching Hospital and College of Medicine, in Igbo-Eno, are impressive and commendable”.

Isah pointed out that Gov. Ugwuanyi’s decision to invest massively in the health sector is worthy of emulation “in the sense that he has interest in the health of his people of Enugu State”.

He added that through his administration’s massive investment in the health sector especially at the rural areas, the governor “is making huge investments to ensure that in case we have any future outbreak like COVID-19, Enugu State will not be caught unaware.”

“He (Ugwuanyi) is already putting foundations in place to ensure that the state is ready for any such future outbreak”, Isah said.

In his verdict, the editor-in-chief of The Guardian Newspapers, Martins Oloja, added: “I am impressed by what I saw. I went inside the newly constructed and equipped Type-3 Primary Healthcare Centre and the Cottage Hospital with Isolation wing, the finishing was impressive. They considered so many things that people in the village need. It is very impressive and they even built quarters for doctors and nurses”.

A few days ago, the Enugu State University Teaching Hospital Association of Residents Doctors (ESUTH-ARD) passed a positive verdict on Gov. Ugwuanyi, describing him as “a leader with the hallmarks of leadership”.

The doctors appreciated the governor’s giant strides in the areas of COVID-19 interventions, provision of medical equipment and construction of physical infrastructure, both at the Enugu and Igbo-Eno sections of the state-owned Teaching Hospital, among other health facilities, especially in the rural areas such as the Type-3 Primary Healthcare Centres.

They pointed out that Gov. Ugwuanyi recognized “the well-documented health hazards faced by health workers in the state and started paying a COVID-19 Hazard allowance in April 2020 and has continued till date, notwithstanding the dwindling revenues of the state”, stressing that “other state governors are to learn from and emulate His Excellency (Ugwuanyi) in this regard”.

Similarly, the Association of Medical Laboratory Scientists of Nigeria (AMLSN) at its 15th National Annual Public Health Lecture Series, graced by the Director-General of Nigeria Centre for Disease Control (NCDC), Dr. Chikwe Ihekweazu, honoured Gov. Ugwuanyi with the “COVID-19 Response Champion” award, for “his sterling performance and dedication to duty during the period the COVID-19 ravaged the globe”.

The foregoing close-up verdicts clearly confirm that Gov. Ugwuanyi, entrusting Enugu State to the hands of God, is effectively delivering on his mandate of positively impacting the lives of the people of the state, against all odds, for sustainable peace and socio-economic growth.

Yushau Shuaib: An encounter with Gen Attahiru, spy chief before their death

Yushau Shuaib: An encounter with Gen Attahiru, spy chief before their death