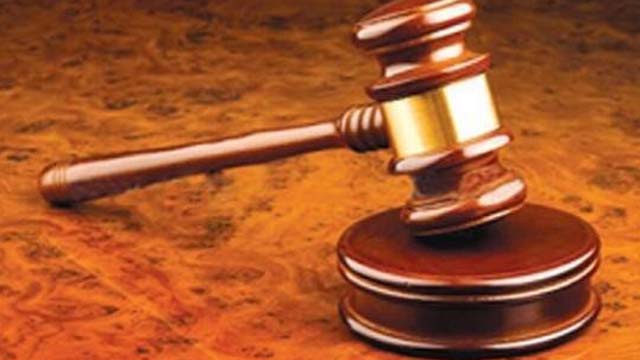 Three children of the late Oba Rauf Adebayo Raji-Suleimon, the Alaye-Aba of Aba, Aiyepe, Ogun State, have filed an N50 billion suit at the Federal High Court, Abeokuta, against members/representatives of the Osugbo Society of Ijebuland (known as the Ogboni) over alleged hijacking of the body of the late monarch on January 24, 2021.

The children, Mrs. Aderonke Egunjimi, Mrs. Tiwalade Abass and Mrs. Adeyemi Joseph, in a fundamental rights application filed by their lawyer, Chief Bolaji Ayorinde (SAN), accused members of the society of infringement of their rights to privacy and family life when the body of their late father, Oba Raji-Suleimon, was allegedly hijacked by members of the society, thus depriving their late father a befitting burial.

The applicants are asking the court for an order restraining Ijebu Traditional Council from giving any direction or order to the 1st to 15th respondents contrary to the reliefs sought by the applicants.

The applicants stated that they were stripped of their dignity, rights to privacy and family life, rights to freedom of conscience thought and religion and for the untold hardship and trauma when the body of their late father was hijacked by the 1st to 15th respondents on January 24, 2021.

They are asking the court for a declaration that the act and conduct of the 1st to 15th respondents by forcefully removing the corpse of their late father from their custody and other family members constitute an infringement of the applicants’ constitutional and fundamental rights to dignity contrary to Section 34 (1) of the Constitution.

They urged the court to declare the conduct and practice of the 1st to 15th respondents as unconstitutional, illegal, vexatious, barbaric, obnoxious, immoral and repugnant to the dictates of civil order as enshrined in the 1999 Constitution and Article 5 of the African Charter on Human and Peoples’ Rights (Ratification and Enforcement Act) CAP A9 LFN 2004.

They are also asking the court to restrain the 1st to 15th respondents whether by themselves or their servants, representatives, agents, privies or any person acting in their stead from continuing to keep, burying, conducting any rite or ritual or take any step in respect to the corpse of late Oba Raji-Suleimon.

The applicant is also asking for an order of mandatory injunction compelling the 1st to 15th respondents to return forthwith the corpse of their late father to their custody at the applicants’ Family House being at No 1, Alaye Aba Street, Aba Quarters, Aiyepe, Ogun State.

In an affidavit in support of originating motion on notice deposed to by Alhaji Yisa Oloyede Sulaimon, a junior brother of the late monarch, he stated that traditionally, members of the Osugbo Society act as enforcers of the decisions of Obas in Ijebuland.