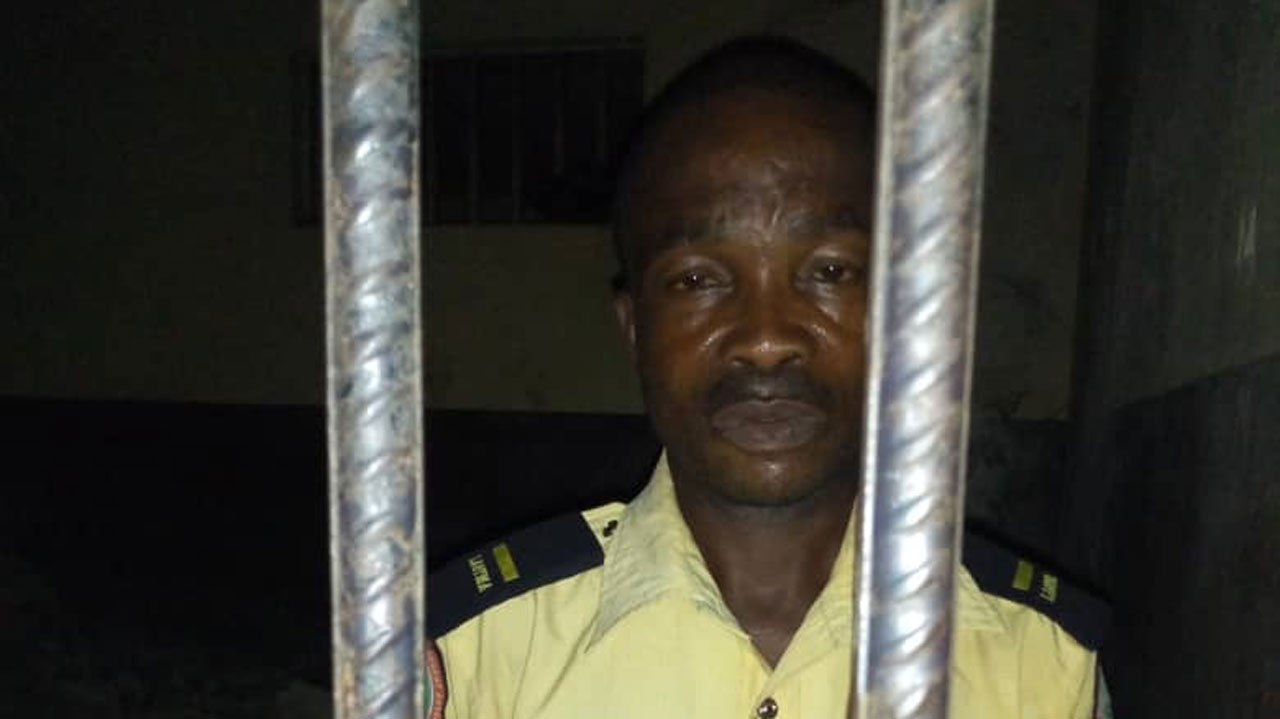 Speaking on the arrest, the General Manager of LASTMA, Mr Olajide Oduyoye, explained that the suspect was a staff of the agency, but was dismissed about nine years ago for presenting a fake certificate and alleged fraud.

He said the dismissed officer’s activities had brought untold hardship and terror on unsuspecting motorists and residents of Mushin and environs, where he paraded himself as a traffic officer to perpetrate illegal activities and harassing unsuspecting members of the public.

Oduyoye said he frowned on the ‘untoward’ behaviour of Agbaje, stressing that his illegal activities and that of some members of the society had caused irreparable damage to the reputation and image of the agency.

He said: “All those who have long been sacked or disengaged from the agency and who still wear LASTMA uniforms to perpetrate illegal activities will soon be caught. We urge the general public to always take note of the names of LASTMA officers they relate with. Go about your lawful activities, strictly obey and adhere to Lagos Traffic Laws and Regulations.”

The LASTMA boss also stated that the outcome of the investigation on the arrested person would be made public and he would be punished in accordance with the law.