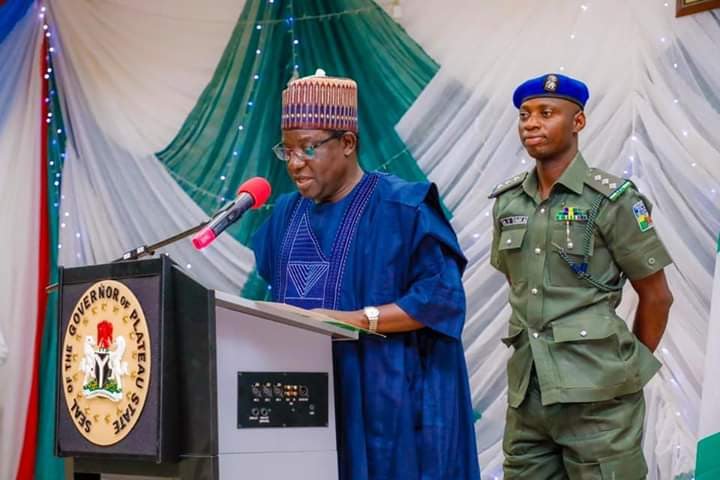 Plateau’s Gov. Simon Lalong has directed security agencies to bring to book those behind isolated killings in Jos South and Riyom Local Government Areas of the state in June.

This is contained in a statement issued on Saturday in Jos by the governor’s Director of Press and Public Affairs Dr Makut Macham.

He also directed the security agencies to get to the root of the criminal activity, which was clearly targeted at resuscitating violence in the state and thwart the peace currently prevailing.

He expressed outrage over the incidences recorded in Chol, Vwang District of Jos South and Tamborong, Ganawuri District in Riyom Local Government Areas, saying the recurring attacks were unacceptable and totally condemnable.

The governor expressed sadness that the dastard acts were repeated partly because culprits were not brought to justice.

Lalong said there was no justification for the killings as no one had the right to take the law into his hands.

“Recently we acquired and launched 50 patrol vehicles and 200 motorcycles for use by our security agencies.

“Our expectation is that these attacks will not only be prevented but wherever any is recorded, the perpetrators will be swiftly arrested and brought to justice.

“I expect to see a drastic change from now onwards on how we respond to these unfortunate acts. Our people deserve to live in peace and pursue their legitimate means of livelihood without fear of being attacked or killed,’’ he said.

The governor urged Plateau residents to assist security agencies and relevant government bodies with necessary intelligence reports to enable them to arrest culprits.

He commended community leaders in the attacked areas for their efforts in calming the situation and supporting the government’s efforts to restore normalcy and build confidence.

Lalong directed the state’s Peace Building Agency and the Plateau Inter-Religious Council to intensify their mediation, especially in areas where there are disagreements that could lead to a breakdown in law and order.