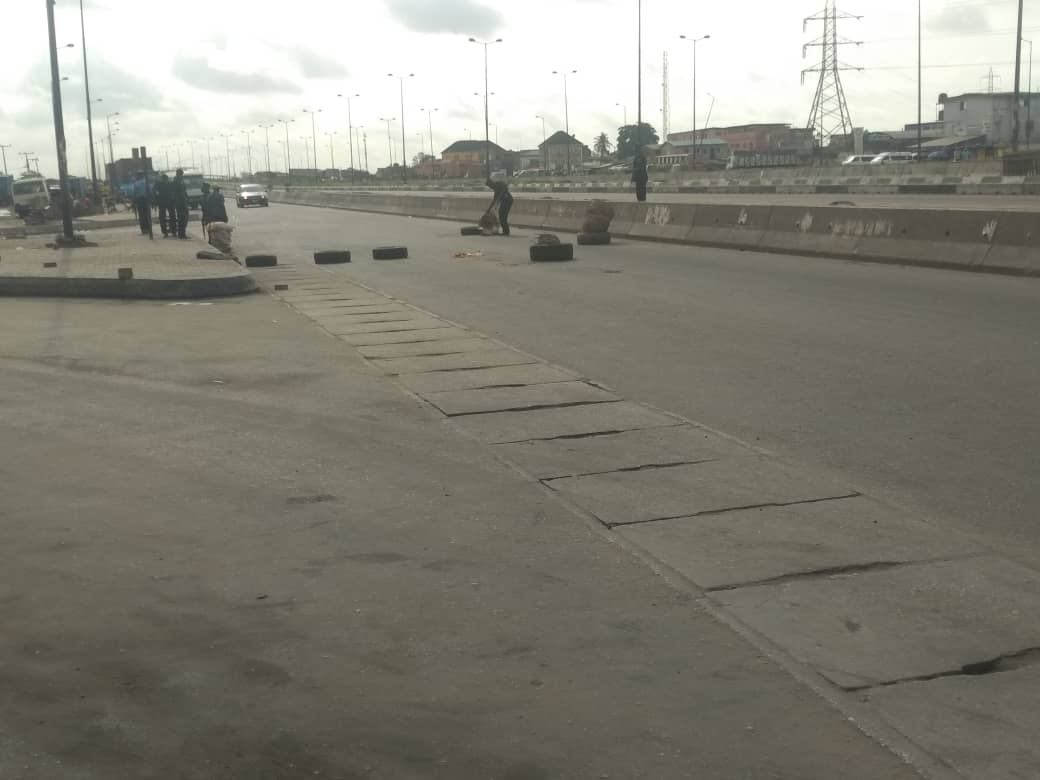 However, during the enforcement, suspected hoodlums and drug peddlers posing as commercial motorcyclists also known as Okada riders attacked members of the Taskforce.

Many officers sustained injuries, while an official vehicle and two private vehicles were burnt.

The attackers, numbering about 3,000, wielded stones, cutlasses, bow and arrows, and other dangerous weapons and shelled the officers continuously before they were subdued by the superior power of the agency.

The Guardian learned that the Taskforce had visited the area as part of efforts to curb the menace of Okada riders, raid black spots and entrench sanity in the state.

About 103 arrests were made at the scene of the week-long enforcement activities in all the nooks and crannies of Festac Town and Surulere, and were handed over to the State Police Command for prosecution.

Four others had been arraigned and sentenced to two years imprisonment for violating the State Environmental and special offences laws.

Speaking on the incident, the Chairman of the Tasks force, CSP Shola Jejeloye, lamented the unrestrained speed, gross violation of extant laws of the state government, and other regulations among motorcycle riders in most parts of the state.

He stressed that to achieve its vision of zero tolerance for the menace of Okada riders on restricted routes and rid the state of all criminal activities, there must be prompt attention and continuous enforcement.

Jejeloye assured Lagosians that the agency remains undeterred in ensuring that the menace of okada riders is over, traffic and environmental offenders are brought to the barest minimum if not zero level.

He stated that the incident, which occurred though unfortunate, has in no way affected the vision and mission of the agency in ridding the state of criminal elements.

The Chairman further assured residents not to exercise any fear during the Yuletide as the agency will do everything humanly possible to ensure a crime-free festive period in the state.

Insurers to raise premium for corporates on rising claims