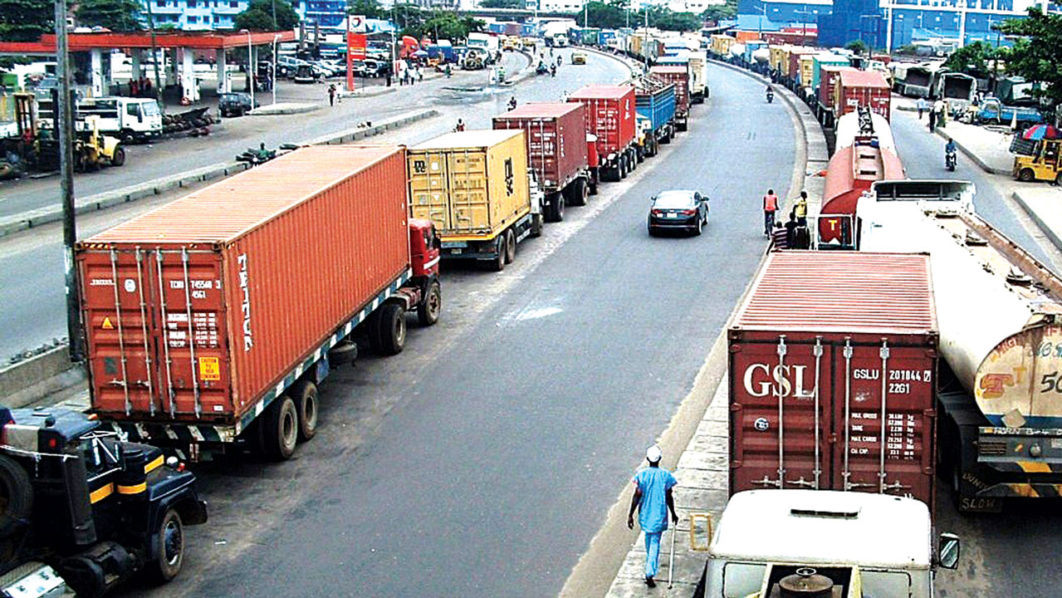 The Lagos State Government (LASG), Nigeria Ports Authority (NPA), and other stakeholders have agreed to adopt a new electronic call-up system for trucks scheduled to commence on Feb. 27.

The Special Adviser to the Governor on Transportation and Chairman, Special Traffic Management Enforcement Team, Mr Oluwatoyin Fayinka, disclosed this in a statement on Thursday in Lagos.

The News Agency of Nigeria (NAN) reports that the electronic call-up system would be based on a first-come-first-served basis.

Fayinka said that the resolution was agreed upon on Thursday after thorough consideration of all parties involved to effectively eliminate the traffic congestion experienced in the state through sports activities.

“At the meeting which held at Lilypond Terminal, the parties which include: NPA, LASG, Nigeria Police Force, and Truck Transit Park agreed that the new e- call-up system will commence on Feb. 27.

” As the existing call up for trucks will be discontinued from Friday, Feb. 26, due to its inefficiency to manage truckers operations in and out of the ports,” Fayinka said.

He added that it was jointly agreed upon that all articulated vehicles would be prevented from entering Apapa and its environs by 4 pm on Feb. 26.

“Subsequently, by 12.00 noon on Feb. 27, trucks in and around the ports access roads are all expected to have vacated the corridors,” Fayinka said.

He warned truck owners and drivers to adhere to the resolutions to prevent harsh reactions from the government.

Fayinka, however, said that parties also urged all stakeholders, especially truck owners to cooperate with the state government as it makes consolidated efforts to create ease in movement for its citizenry safety, welfare and health which were of primary importance.