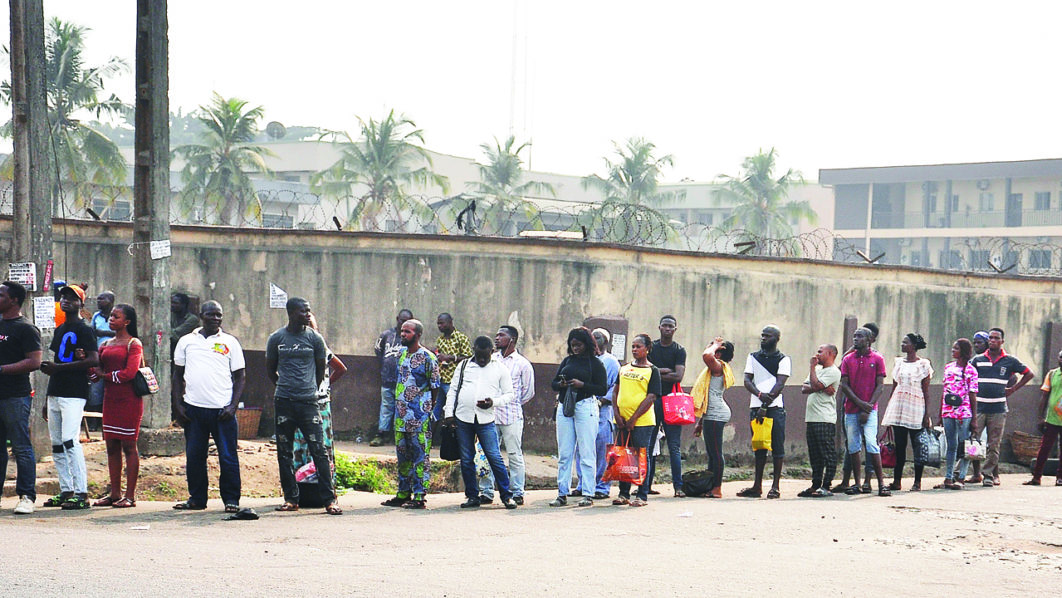 The gridlock on the Lagos-Ibadan expressway, on Saturday, left many motorists and commuters stranded, as passengers were seen trekking long distances to get to their destinations.

The News Agency of Nigeria (NAN) reports that FRSC and other agencies had been battling with the gridlock since Friday.

NAN gathered that most motorists slept on the highway as a result of the traffic snarl, while FRSC and other agencies were busy balling with the situation to ease traffic flow.

NAN also reports that the gridlock had extended to some parts of Ibadan metropolis, such as Soka, New Garage, Challenge and Ojoo, with motorists and passengers having difficulties getting to their respective destinations.

A truck driver, Mr Isaac Emmanuel, told NAN that he had been on the road since Friday afternoon, coming from the Sagamu axis.

“The incident has made vehicular traffic to be on standstill since yesterday,” he said, describing the situation as hellish.

Also, a passenger, Mr Waliu Olalade, said that he had to trek from the old toll gate on the Ibadan end of the Lagos-Ibadan expressway to Soka area due to the heavy traffic.

“So many people, especially those passing through the expressway are just trekking to their destinations.

“Apart from the trailers that fell on the way, some people have also attributed the traffic situation to impatience on the part of some motorists,” he said.

Speaking on the development, the FRSC Sector Commander in the state, Mrs Uche Chukwurah, however, said there was no accident or broken-down vehicles that could have caused the gridlock on the expressway.

Chukwurah identified motorists’ impatience, lane indiscipline, and not giving consideration to other road users as major causes of the gridlock.

She noted that the gridlock started around Orienta axis on the expressway, where a construction company had closed a lane and diverted traffic to the other lane.

The sector commander said that motorists only needed to move few kilometers before moving back to the normal two lanes, stressing, however, that they were impatient, hence the traffic snarl.

Chukwurah insisted that the ongoing reconstruction of the expressway, which had been on for a long time, was not the cause of the gridlock, but lack of patience on the part of the motorists.

She called on motorists to always exercise patience and give consideration to other road users while on the road and as well obey traffic rules and regulations to avoid experiencing such situations.

Anambra cargo airport to be ready in April, says Obiano