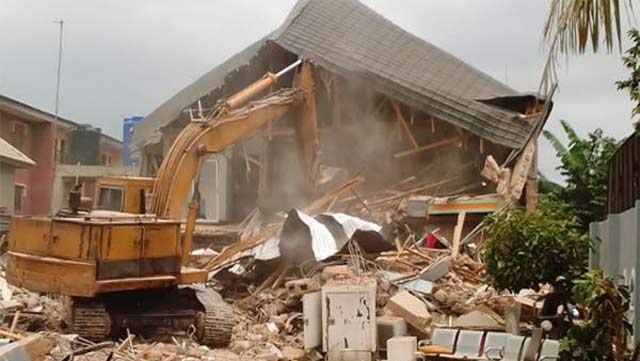 The General Manager of the agency, Gbolahan Oki, who spoke at the site of the collapsed building, reiterated the state government’s commitment to zero tolerance with regard to distressed buildings in the state.

Oki said the structure was marked for further engineering probing in 2019 by a team of LASBCA officials, but the owner turned deaf ears to all advice given by the agency to salvage the structure.

According to him, the refusal of the owner to subject the building to Non-Destructive Structural Integrity Test as a means to ascertain the level of its structural stability was a major cause of the partial collapse.

He explained that the agency’s team of experts, after a thorough appraisal of the structure, discovered that the building was old, weak and its entire structural member could no longer sustain its weight, hence the need for total removal to avert impending danger in the area.

The LASBCA boss emphasised that the decision was taken after a thorough engineering appraisal and close monitoring of the building carried out by the agency with a view to preventing building collapse and averting needless loss of lives and adjoining properties.

He added that ongoing demolition of distressed and non-conforming buildings in the state was a wake-up call to recalcitrant developers and owners who violate the state building control rules and regulations.