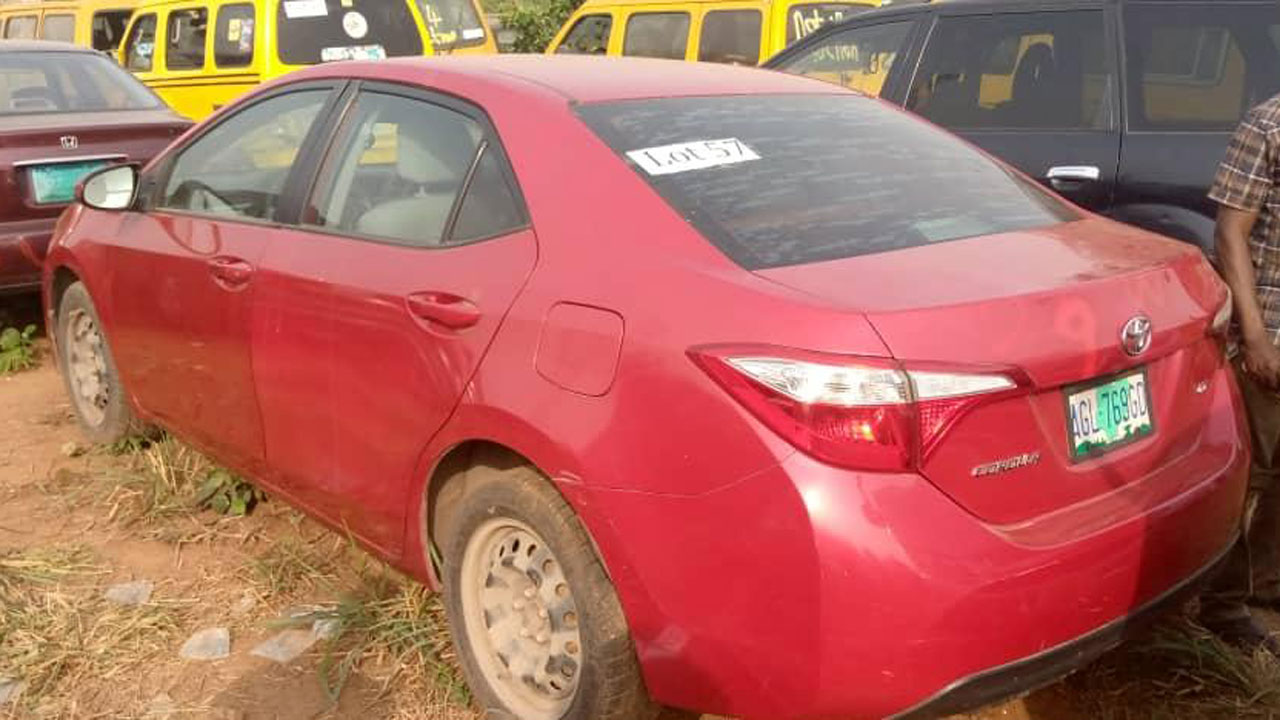 Some of the auctioned vehicles

The offenders were earlier charged to a mobile court and their vehicles forfeited to the government.

On Wednesday, the state’s Ministry of Justice and the Lagos State Task Force offered the over 100 vehicles to highest bidders. One of the exotic cars up for auction, a red Toyota Corolla car, went for N6.5 million as the stake kept rising against the determined car owner’s decision to have his prized vehicle back, which The Guardian learnt belonged to a company.

From an opening bid of N750,000, the bid kept jerking up as the crowd of auctioneers, agents, buyers and the car owner tried to outwit one another as the highest bidder before the bid closed at N6.5 million, more than double the market price of a used vehicle of the make.

However, a woman was lucky as she repurchased her forfeited car with N140,000, after relentlessly appealing to all present to let her alone bid for the vehicle. But luck ran out for another woman too, as she stared blankly after all efforts to bid for her car within her reach failed. Her Toyota Camry car was auctioned for N1,150,000.

The Guardian learnt some of those who gathered at the task force junk yard in Alausa were there to trade as licensed auctioneers, who would win bids for the cars and later resell to original owners with some extra money added. Many of the over 100 cars up for auction were commercial buses, popularly called Danfo, trucks, vans and regular private cars.

Once a bid was concluded, winners were expected to make a down payment of non-refundable 40 per cent with the balance to be paid two days later, else the bid would be cancelled.

The Lagos task force chairman, Shola Jejeloye, said the process was all about a corrective action for Lagosians to comply with the traffic offences and avoid the task force confiscating their vehicles and charging them to court.

“Even for us, it is not an easy process. It is corrective rather than punitive measure and the process is fair and transparent from the point of arrest to the court and now to auction. We urge motorists to be abreast of the laws of the state, and particularly avoid driving against traffic.”

The coordinator of Mobile Courts at the Ministry of Justice, Mrs Arinola Ogbara Banjoko, said victims are allowed to defend themselves in court and if they provide genuine evidence and the court is satisfied, they would be let go but if found guilty beyond reasonable doubt, the cars would be forfeited to the state.

“Our aim is not to trade in cars, but for citizens to obey the laws and stop plying prohibited routes,” she added.