Lady nabbed for robbing pastor at gunpoint in Ogun, car recovered in Niger 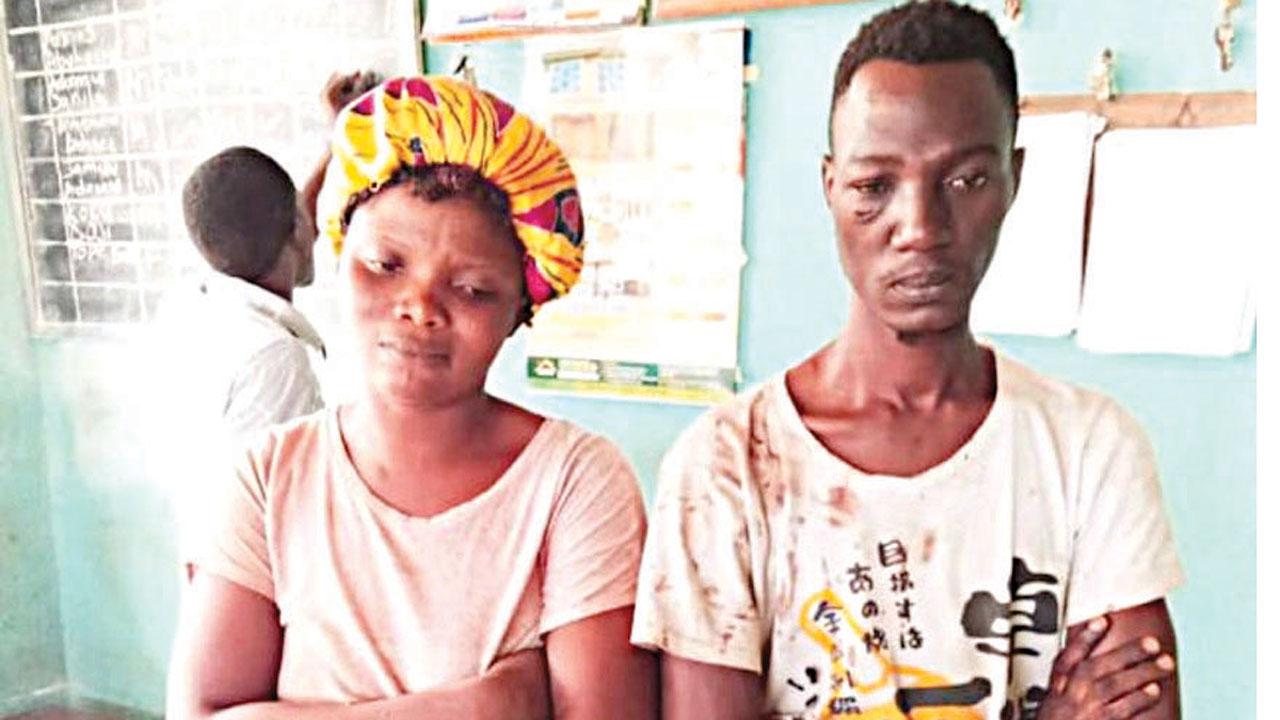 Two members of an armed robbery gang, who robbed Pastor Godwin Ojerinde of God’s Will Praying Ground, Siun in Obafemi Owode Local Government Area of Ogun State, have been apprehended by operatives of the Ogun police command.

The two suspects, Oshilaru Bidoun, a male, and Tolulope Oluwafemi, a female, with three other members of their gang, broke into the pastor’s house around 3:15a.m. on February 9, armed with guns and other dangerous weapons.

The hoodlums held the pastor and his family hostage, ransacked the house and dispossessed them of one Pathfinder SUV with registration number: WDE-38-MM, one Samsung A20 handset and one Infinix Hot note handset.

On receiving the information, the Divisional Police Officer, Owode-Egba Division, CSP Mathew Ediae, and his crack detectives embarked on an intensive technical and intelligence-based investigation in order to unravel those responsible for the heinous crime.

After weeks of painstaking investigation, the duo of Biodun and Oluwafemi were apprehended based on a tipoff. On interrogation, they both confessed to being part of a robbery syndicate. They confessed further that the Pathfinder has been sold to someone in Ogere, Ogun State and that the vehicle was on its way to the northern part of the country.

The detectives quickly started tracing the vehicle. It was eventually recovered in Mokwa, Niger State. The command’s Commissioner, Edward A. Ajogun, has ordered the transfer of the suspects to the State Criminal Investigation and Intelligence Department for discreet investigation. Ajogun also directed that efforts should be intensified to bring the fleeing members of the gang to book.

MEANWHILE, the police in Nasarawa State yesterday announced the arrest of two suspected notorious armed robbers who have been terrorising Nasarawa and its environs and recovered firearms from them.

The command’s Public Relations Officer, ASP Rhaman Nansel, who disclosed this in a statement in Lafia said the command received a distress call at around 2:00p.m. from Cajaah Mass Housing Estate that armed robbers numbering about eight were operating at the extreme end of the estate, close to a heavily forested area.

According to the release, the police upon receipt of the information, raced to the scene where a gun duel ensued between Zahradeen Mohammed, 19 years and one Dogo of Mararaba, whose real name is yet to be known. The criminals were dislodged through the combined efforts of the police and the estate`s security men.

He added that the two suspected criminals with gunshot wounds were arrested and were rushed to a government hospital for medical attention while exhibits recovered from them include one Infinix phone, iron cutter, female jewelries, a dagger, and dangerous charms.

The Commissioner of Police, CP Bola Longe, has reassured members of the public that the command will continue to work assiduously until crime in the state is reduced to the barest minimum.