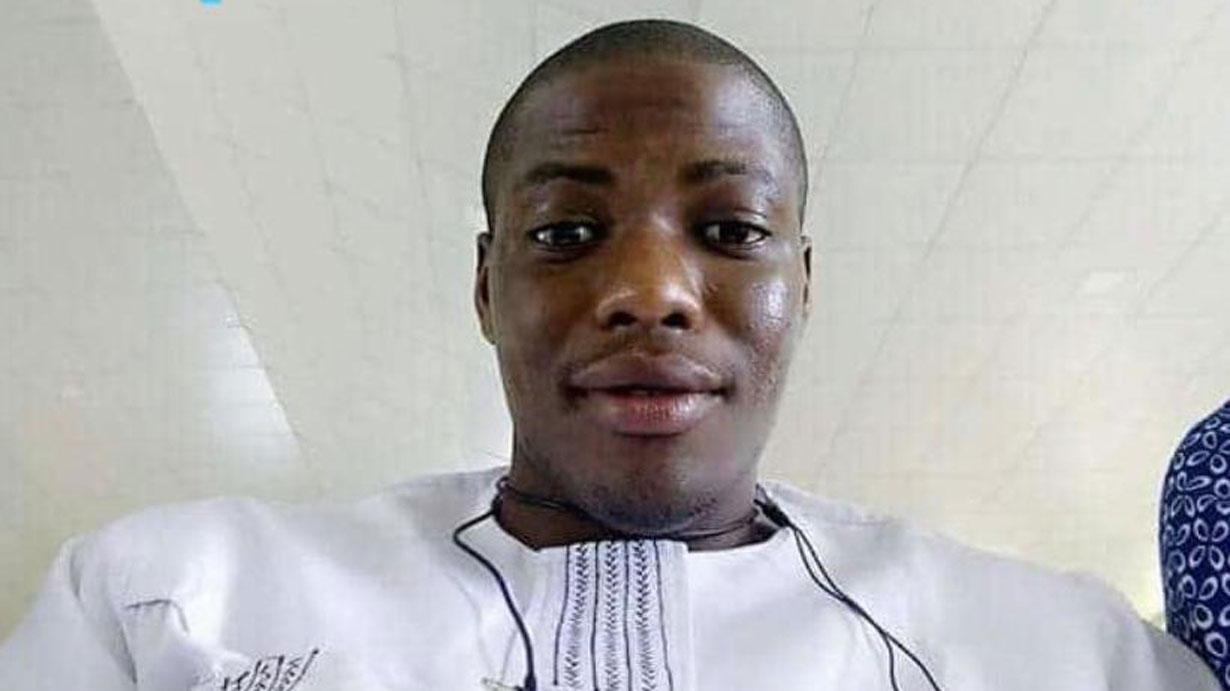 It was a sad moment yesterday for traders at the multi-billion naira Ladipo Spare Parts market, Mushin, Lagos, as they gathered to mourn Felix Nnana Onu, who lost his life during the traders clash with soldiers on Tuesday.

The leadership of the market also shut the market in memory of the 28-year-old Onu, aka Scatter, who lost his life when members of the Nigerian Air force stormed the market on Tuesday July 13.

They are currently receiving treatment at the Lagos State Teaching Hospital (LUTH). Onu, an indigene of Ebonyi State, until his death, was the Public Relations Officer of In God We Trust branch of the market.

His colleagues described him as a brilliant and trustworthy young man, whom foreigners, who came to buy goods in the market, related with.

Speaking on the incident yesterday, President General, Ladipo Ultra-Modern Market Association, Jude Nwankwo, said the traders have for long, lived with soldiers’ harassment and constant threat to shut down the market.

“I believe this is the time we are going to stop soldiers from intimidating us and by the grace of God, time will come, when we will decide not to sell any motor spare parts to soldiers.

“The soldiers took laws into their hands and we are here talking about a kick-starter of N3, 500 leading to the death of a person and many are in the hospital. It’s unfortunate that soldiers will come into the market and start shooting traders as if they are animals. We are going to take this matter to the highest authority to make sure we get justice.

Nwankwo, who  said they sent invitations to soldiers on Tuesday, alleged  they were trying to protect their boys.

“The intimidation was too much and we decided to leave, but this morning (yesterday), one of their commanders called me that he would like to have a meeting with our executives but due to the situation in the market, we decided to shut down activities in solidarity and to show Nigerians what happened in Ladipo.

“Ladipo market is the biggest automobile in West Africa, but as of now, we are not talking about how much we lost, we are talking about lives, and seeking justice,” he added.

Also,  Chairman of  Aguiyi-Ironsi Market, Ladipo, Emmanuel Mbara, said they went to LUTH to visit their injured members and one of them was just coming out from the theatre, while they brought the corpse of Onu.

Narrating the incident that led to  the clash,  Mbara said the traders always give customers a week’s warranty and it’s difficult for a customer to get back his money after one-week.

He said:“This is where it looks like we are hostile, but the soldier (Ibrahim Alhaji) bought the kick-starter in February, 2021. We sell fairly used parts and we also experience what others are experiencing, we don’t know the level of fault before they are sold to us. And the story that the soldier was slapped at the taskforce office is purely false.”

For the counsel to the association, Obiora Umeh, what happened on Tuesday was one of several cases of intimidation from the military who came to buy goods from the market.

He said the traders  are not going to allow this matter to lie low. He stressed that leadership of the market has commenced legal action against  Nigerian Army and will get to the root of the matter.

He said: “The association will get to the root of the matter. We are writing a letter to the Inspector General of Police (IGP), Chief of Army Staff (COAS), to the Governor of Lagos State and we are equally going to send one to the Lagos State Commissioner of Police on this matter. The whole world must know that it is wrong for someone who is paid with taxpayers money to use the gun given to him to kill innocent people.”

MEANWHILE, the Rule of Law and Accountability Advocacy Centre (RULAAC) , yesterday called on the Lagos State Governor, Babajide Sanwo-Olu, to order a prompt and impartial investigation into the shooting at Ladipo Market on Tuesday by soldiers.

In a statement yesterday, RULAAC expressed shock, “at the use of lethal weapons on traders at Ladipo Auto Spare Parts International Market in Mushin Local Council of Lagos State by military personnel on Tuesday, July 13, 2021.”

According to the Executive Director, Okechukwu Nwanguma, the shooting resulted in the death of at least four persons beside many that sustained injuries.

He stated: “There are conflicting accounts of what actually led to the invasion of the crowded market by military personnel, who came in OP MESSA Hilux vans and started shooting live bullets directly at traders resulting in fatalities and injuries. But all accounts point to the fact that there was a dispute between a customer, who purchased an auto spare part at the market and returned it demanding a replacement after the expiration of the warranty.

“This resulted in arguments and then a fight between the customer and some executive members of the traders’ union. The customer reportedly ran out and invited a military patrol team, which arrived and started shooting directly at traders.  Vehicles within the market were riddled with bullets as could be seen in one of the videos recorded at the scene.”

RULAAC called for investigation into what led to the shooting, while expressing concern about the involvement of the military in what appeared to be a civil dispute.