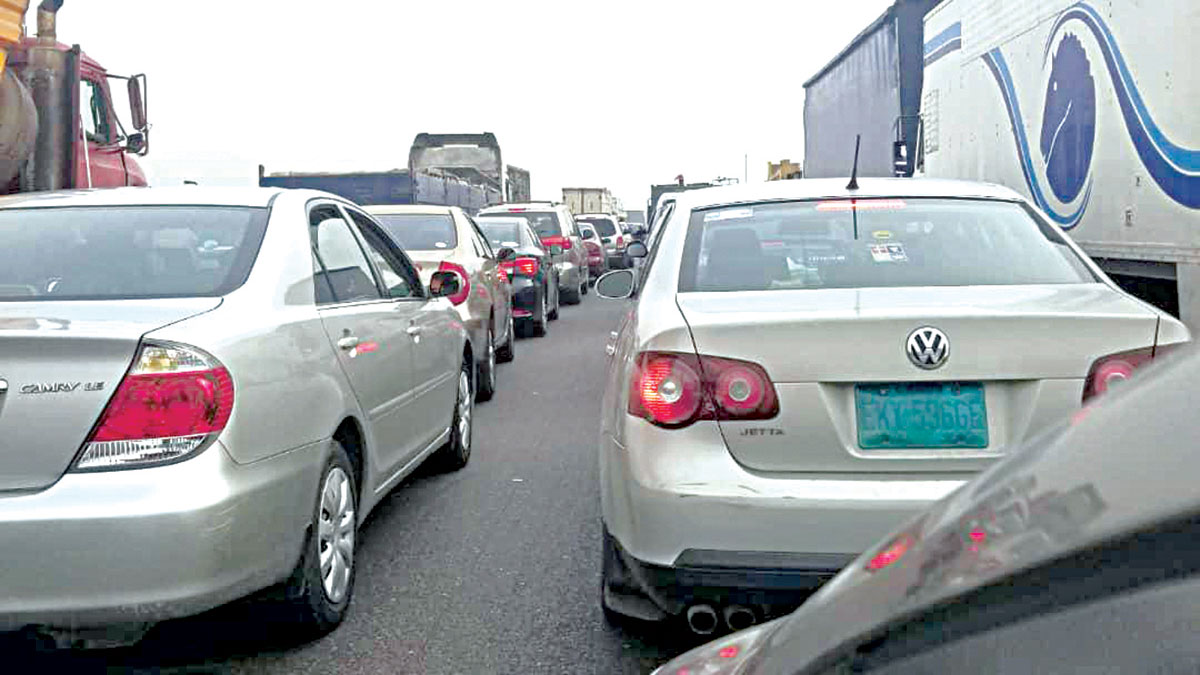 Gridlock on Lagos-Ibadan Expressway has deteriorated at the Magboro end of Kara bridge, causing nightmare to motorists. Yesterday, motorists heading towards Ibadan spent between three to five hours on the long bridge.

When The Guardian visited the area, the standstill traffic had stretched from OPIC to Mountain of Fire Ministries, heading towards Ojodu Berger.

At 10.30am, some travellers were still trapped on the bridge, scampering for spaces with impatient petrol tanker drivers.The traffic situation may have been worsened by absence of traffic control agents and alternative routes on both sides of the busy road.

While the Kara Bridge gridlock moved at a snail speed, the Magboro Bridge was closed completely. As motorists resorted to self-help, a few diverted to using eroded setbacks, while the majority had no options but to stay put on the highway. Residents said the bridge had been closed for at least two hours unannounced. Officials of the FRSC were only found towards the end of the logjam, few meters away from the Mountain of Fire Ministries.