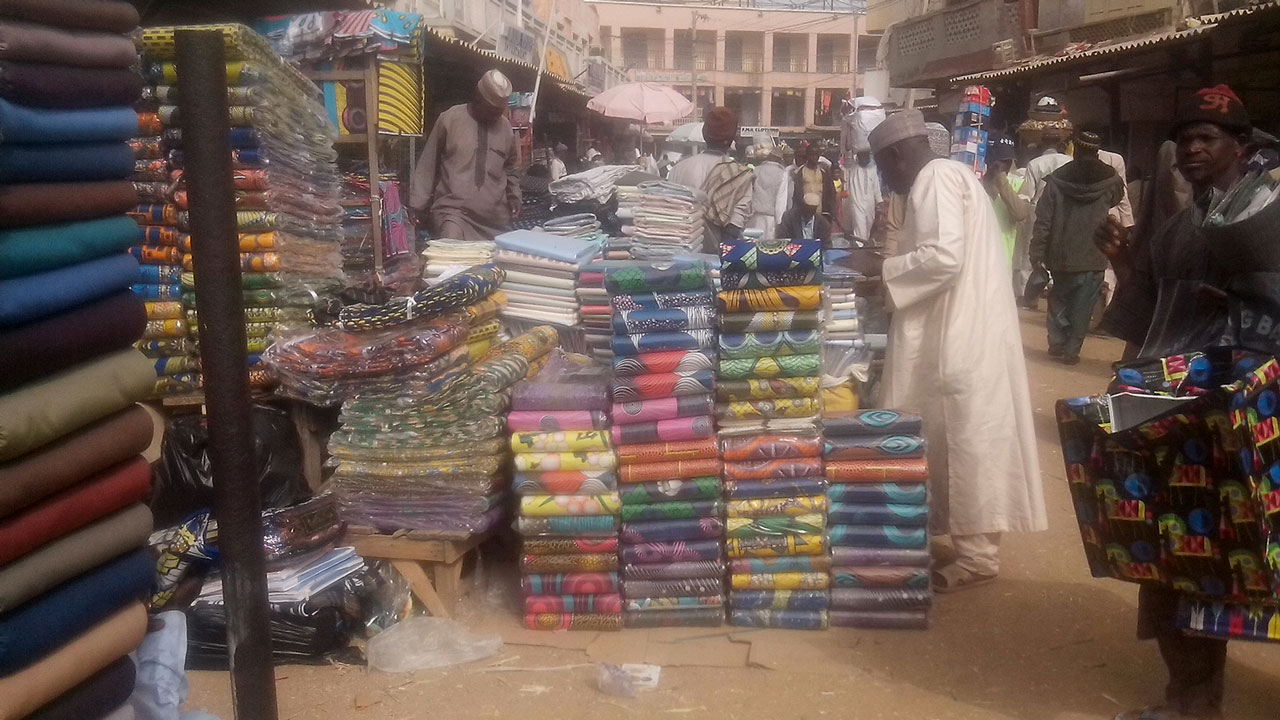 Thousands of petty traders at the largest textiles market in West Africa, popularly known as Kantin Kwari market in Kano, are at the risk of losing their means livelihood over the construction of new shops in the market.

The traders, who protested in their hundreds over the construction of new shops at Layin Ta’ambu, lamented that the development would negatively affect the source of their livelihood as they would be likely ejected from the market after the construction.

Most of the traders, who deal in textiles, displayed their products on tables along Layin Ta’ambu. They alleged that the foundation for the construction of the new shops was done in the middle of the night.

One of the traders, Mallam Zaharadeen Muhammad, pointed out that Layin Ta’ambu was designed to be one of the routes for the transportation of goods and services in the market or in the event of fire outbreak.

“We believe that the governor is not aware of what is happening in the market as the building will affect over 5,000 ‘yan tebura’ in the market,” the trader said.

One of the leaders of Kantin Kwari traders, Alhaji Balarabe Tatari, told journalists that building of shops in the middle of the market would lead to congestion, flooding and other environmental hazards especially during rainy season, adding that the market lacks proper drainages as well as routes for easy transportation of goods and services.

He, however, debunked rumours circulating in the market that the government decided to build some shops after discovering that some of the traders were renting out their enclosures.

Tatari urged the state government to come to their aid, saying many of the traders would lose their source of livelihood due to building of the new shops.

Responding, the Senior Special Assistant to Kano State Governor on Kwari Market, Alhaji Usman Nagoda, said he was informed about the protest.

He promised to investigate the development, noting that the state government would not relent in its efforts to boost commercial activities in the market.