The Kano State chapter of the Peoples Democratic Party (PDP), has reaffirmed the suspension of Sen. Bello Hayatu-Gwarzo, over alleged anti-party activities. 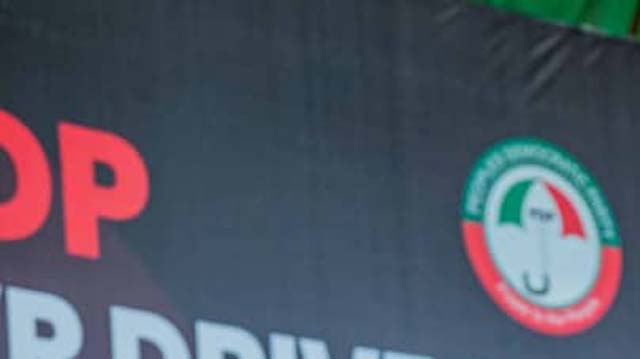 Chairman of the party in the state, Alhaji Shehu Wada-Sagagi, made the announcement in a statement he issued in Kano.

“Barely two days to the election of new zonal executives, the Kano State chapter of the PDP reaffirms the earlier suspension of Sen. Bello Hayatu-Gwarzo, accused of anti-party activities in the 2019 elections.

“As we approach the Northwest zonal party congress, state executives of the PDP in Kano and its 44 local government chairmen met on Wednesday and unanimously endorsed his suspension.

“The suspension is because of Hayatu-Gwarzo’s romance with the ruling All Peoples Congress (APC), and direct involvement in anti-party activities, as alleged by his ward during the 2019 general elections.

“Recall that Gwarzo ward issued a suspension letter to Sen. Bello Hayatu-Gwarzo and the suspension was endorsed by the local and State Executive Committees,’’ he stated.

Wada-Sagagi explained that the party followed the necessary procedure on the suspension as contained in its Constitution.

He said also that the party had stopped Hayatu-Gwarzo from participating in the upcoming zonal election.

“I confirm that I am in receipt of a court order directing the party to stop Sen. Hayatu-Gwarzo from participating in the upcoming northwest zonal election.

“It is, therefore, necessary for us as a party to obey this order to avoid unnecessary legal tussle capable of spoiling our party’s bright chances in the coming 2023 general elections.

“The state executive committee reaffirms the suspension of the senator, as such; he does not have the right to contest any position in the party.

“It is our prayer that he will be withdrawn from the list of contestants, as per the said court order,’’ Wada-Sagagi added.