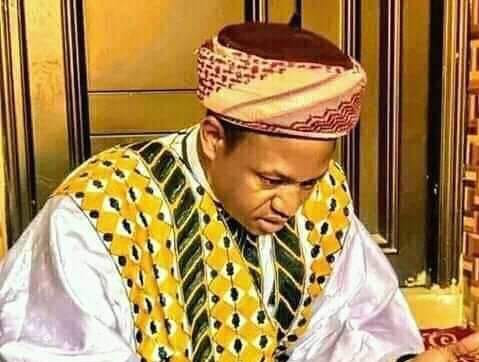 A Muslim cleric Sheikh Abduljabbar Kabara has appeared before a Shariah court in Kano State.

Kabara was accused of blasphemy and could be sentenced to death by the court.

Kano State Government in early July charged Kabara to court over alleged blasphemy and incitement. But he denied the allegations against him.

The cleric is famous for his controversial religious commentaries and statements, which some Muslims have regarded as sacrilegious to Prophet Muhammad.

Kano State commissioner for information, Malam Muhammed Garba, said the arraignment followed the receipt of the first information report from the police by the Office of the Attorney General and Commissioner for Justice, which prepared charges against the cleric.

He was subsequently arraigned on Friday, July 16 before an Upper Sharia Court Judge, Kofar Kudu, Alkali Ibrahim Sarki Yola, where the charges included blasphemy, incitement, and sundry offences were mentioned, according to Garba.

The court thereafter adjourned the case to July 28, while the scholar would remain under police custody.

A week after Kabara was placed in police custody, his lawyer Rabiu Abdullahi said the cleric had fallen ill and stated that a medical consultant has confirmed the state of his ill-health.

Abdullahi said Kabar has to undergo some tests before the exact ailment can be determined.

“Yes, he is not healthy. He is in a serious health situation because he is even bleeding from the anus,” Abdullahi told journalists in Kano.

“A medical personnel has confirmed that he is not healthy. He asked if he was having health issues before he was arrested and he said no. If he was diagnosed with a stomach ulcer and he said nothing was wrong with him before his detention.

“He was also asked if he had ever had this type of bleeding before and he said he never experienced it in his life.”