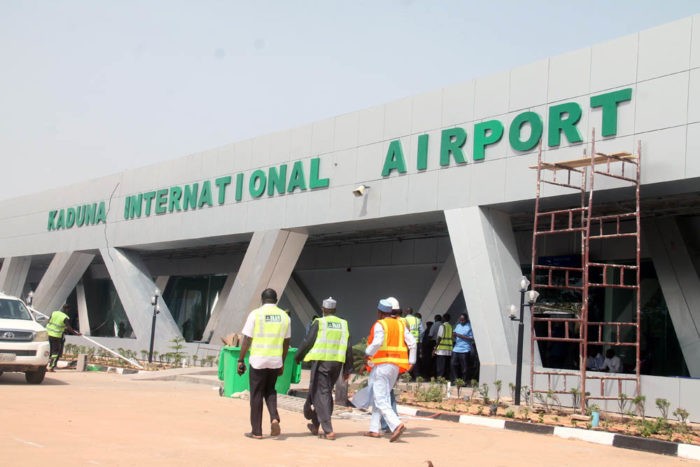 The Federal Airports Authority of Nigeria (FAAN) has said it will not shutdown the Kaduna International Airport despite Saturday’s attack on the agency’s staff quarters.

CloudFlex emerges ‘Most Innovative Cloud Storage Provider’ of the Year

The bandits were said to have gained access to the residential quarters through the airport runway in late Friday night into Saturday morning.

Speaking over the weekend at the Murtala Muhammed Airport (MMA), Lagos during the oversight function visit by the Senate Committee on Aviation, Hamisu Yadudu, the managing director, FAAN of the agency has said he regretted the attack on its staff quarters, but vowed that the management, the State Government and the various security agencies would not relent in their efforts at ensuring safety of humans and equipment at all the airports across the country.

According to Yadudu, before the unfortunate attack occurred, the management had beefed up security networks at all the nation’s airports, stressing that the current attack would not discourage it from clamping down on any heinous crimes anywhere within the sector.

He said: “This incident is entirely different from closing down the airport. It’s a security concern that we have at our staff quarters. A lot of our staff do not even live in this quarters. If there is need for us to close, we will close it, but this is even far away from it.

“There is no need for that drastic action. Just small percentage of our staff stay in the staff quarters; the rest are all living in the town. You can see that the staff quarters is fenced. We are taking appropriate measures, but like I said, we just have to improve to counter these challenges.

“The fence was broken, there are security measures. We have security personnel attending to the area, but somehow, somewhere, things happened and now it is time for us to counter as we have been doing always.

“Security is a race. Security challenges will always come and we will improve and on our own part, we keep improving to outsmart them. Anytime there is a breach of the security architecture, we will still do the same thing. Our staff can attest to this, the state government can attest to this and even the security agencies can tell you this.”

He insisted that FAAN had since 2020, further beefed up security at the various airports across the country, which had foiled attacks in the sector, maintaining that the agency in collaboration with the other security agencies and the Kaduna State government would rise to the occasion.

Also, Smart Adeyemi, Chairman, Senate Committee on Aviation canvassed for state and local government policing as a way of enhancing the security architecture in and around the country.

On his part, Adeyemi, regretted the sordid security challenges, which had pervaded the country in recent times.

He, however, canvassed for embrace of local government policing, stressing that Nigeria as a federating unit should not shy away from taking a decisive action to tackle the menace.

Adeyemi explained that despite the increase in the population of the country over the years, the security architecture remained same, while Nigeria was faced with porous borders.

He agitated for the restructuring of the entire country in a bid to address the various security challenges confronting it and wondered why some continued to kick against restructuring.

He maintained that the agitation for restructuring won’t lead to secession of the country as claimed in some quarters.

“I think the time has come for Nigeria to evolve a system that will appreciate the size of the nation and the diversities. You don’t recruit a graduate we graduated from University of Maiduguri for instance and you post him to Lagos to come and police. He doesn’t know the system and the areas. So, criminals can take advantage of that.

“What I am saying in essence is that the time has come for Nigeria to look at not just a state police, but a local government policing and that is why in the United States, their security is very effective because when you visit any county, the police are aware of those who live there.”

In a bid to improve security in aviation industry, Adeyemi appealed to the Federal Government to make available special funding for the sector.

This is as Fola Akinkuotu, the managing director of the Nigerian Airspace Management Agency (NAMA) lamented that almost 24 hours after kidnappers abducted its staff and five family members and three other persons at Kaduna Airport, their abductors were yet to make contact with the agency.

Akinkuotu sought the cooperation of the National Assembly in protecting assets of NAMA at various stations and airports, stressing that some of its equipment are regularly vandalised by hoodlums.

He warned that this may jeopardise efforts of the government in improving air safety in the sector.

Earlier, Musa Nuhu, the director-general of the Nigerian Civil Aviation Authority (NCAA) enumerated paucity of funds, drop in aviation revenues and adequate training for personnel especially technical staff as some of the challenges facing the agency.

Like others, he appealed to the visiting senate committee to partner with the agencies in order to move the sector forward and provide seamless services to their various clients.