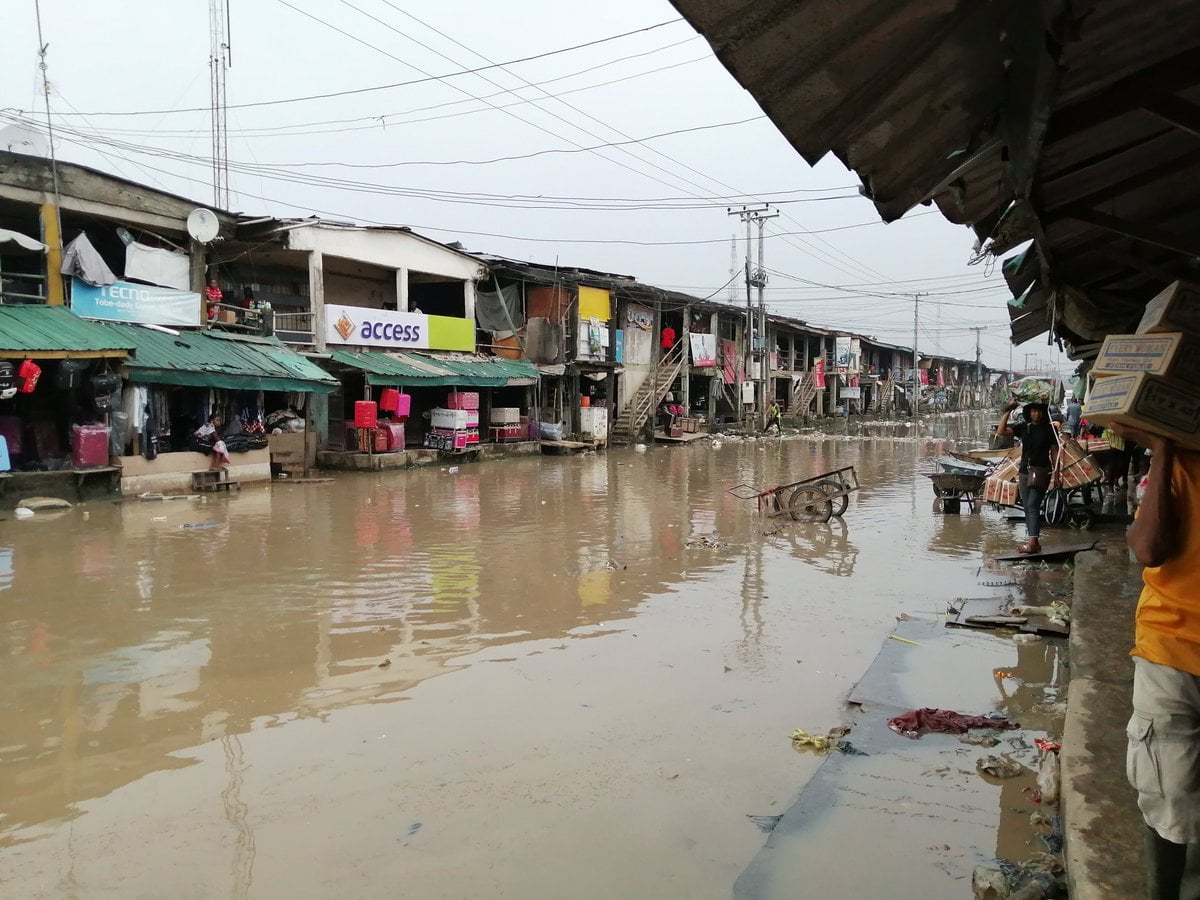 I had the rare privilege of going through collections of videos in my archives and then to have watched an interview by a white Jornalist in the 1960’s with the then head of the Northern region Sir Ahmadu Bello also known as Sardauna of Sokoto.

In that interview, Sir Ahmadu Bello gave his reason for a policy in which his administration sacked all non- Northerners working in the civil service of the Northern regional government and instead replaced the dismissed civil servants with Northerners in what he described as Northernization agenda.

Sir Ahmadu Bello in that interview seems to have hinged his Northernization agenda on his morbid fear of Igbo domination going by his pedestrian assessment of who Igbo people are.

However, the interesting dimension of what the then head of the Northern administration said was his prophetic warning that a time will come when too many graduates of Northern region would be churned out and if openings in the Civil Service are not created for them, then there would be civil unrest.

Ahmadu Bello who sounded very academically sound in that interview was wrong in believing that the only way to absorb young graduates in the labour market is to create civil service offices for them.

But he was right to have predicted that Civil conflicts would flare up should policy planners not make provision for the employment of young persons and then fail to put necessary structures in place to enhance good governance.

Exactly as Sir Ahmadu Bello predicted, Nigeria as we write is in that point that can be described as reaching the dead-end in all facets of life. Apart from explosion of youth unemployment, Nigeria is hobbled by unprecedented violent crimes and those who ought to be in charge of preventing crimes, are themselves at a loss regarding the identities of the criminals or that the agencies of law enforcement are compromised. A reminder of how not to introduce incompetence in governance is the general deterioration of security all around Nigeria and the involvement of youngsters in these atrocities should worry everyone.

The involvement of youngsters in all kinds of criminality and violence perhaps exemplified what Sir Ahmadu Bello said. Although those who have piloted the affairs of the nation right from independence did not take good enough time to make merit, competence and skill as the basic requirements for recruitment into the different cadres of the civil service, these political leaders also built the foundations for public sector corruption which in effect is at the root cause of much of the societal crises threatening the foundation of Nigeria as a Country.

But what is dramatic is that even after sixty years, Nigeria still parade a set of political leaders that think like Sir Ahmadu Bello in such a way that they believe that only civil service jobs are best avenues for engaging our youths. This is why under the watch of President Muhammadu Buhari, his officials have been busy smuggling in their young children into civil service positions in juicy places like Nigerian National Petroleum Corporation (NNPC) and Central Bank of Nigeria. For President Buhari and his acolytes, fixing their children into juicy employments is as good as creating jobs for the youths. They are dead wrong!

Another example of the poor appreciation of the toxic implications of not creating the enabling environment for the young unemployed Nigerians to be gainfully employed, is the story of the amputee water street hawker in Lagos- Mary Daniel.

As is typical with politicians in our climes, as soon as the video of Mary Daniel went Viral where she could be seen running around the busy Oshodi Highway in Lagos struggling to hawk pure water for a living, a lot of politicians then embarked on media drama trying to present themselves as philanthropist.

And so, Mary Daniel suddenly has become the cynosure of all eyes and she has netted in millions from these publicity crazy politicians whose aim is to present themselves as benevolent so voters can vote for them in 2023. They are wrong just like Sir Ahmadu Bello’s Northernization agenda.

Do they know that there are millions of Mary Daniels all across Nigeria battling to eke out a living because of cumulative periods of bad governance?

Another example of policymakers bereft of creative ideas on how to create opportunities for economic advancement of young citizens, is the creation of the over 774,000 manual jobs that the Federal Ministry of labour and productivity introduced which will last only for two months. Is this how to create employment opportunities for youngsters?

This method will not work and Nigeria will continue to experience the consequences of mass unemployment of youths.

The media recalled that the National Assembly had earlier called for the suspension of the programme, following disagreement and altercations with the Minister of State for Labour and Employment, Festus Keyamo, over the operations and processes of the programme.

It is laughable that this programme, which is coordinated by the ministry of labour and employment, is even rated by government as being part of the federal government’s intervention programmes and fiscal stimulus measures to help cushion the negative impact of the coronavirus pandemic on Nigerians.

The initiative which is expected to start on October 1, 2020, plans to employ 1,000 persons from each of the 774 local government areas in the country, says government.

Each of the beneficiaries of the programme will be paid N20,000 monthly to carry out public works. This initiative is a show of lack of deep thinking on the part of government. To create jobs that only N20,000 would be paid monthly in a nation whereby the costs of living increases daily, is to put it mildly cheap thinking. This also shows that agencies such as the National Directorate of Employment set up many years ago has failed. So why waste public fund maintaining a failed bureaucracy?

Now there is a very interesting snag that constitutes perhaps the greatest threat to the creation of the enabling environment in Nigeria to enable small and medium scale enterprises to thrive so as to absorb a greater percentage of the young citizens. This drawback is bureaucracy and official corruption.

I have just seen a presentation by an author of a book that has just been published that perfectly captures what the fundamental cause of unemployment is in Nigeria.

The author actually spoke to the issues of corruption in India around 1980. But he sounded like he spoke about how the government of Nigeria is.

He wrote: “India in the early 1980s was not a great place to start a business. For one thing, money was almost non-existent. To get going, Nandan Nilekani was forced to borrow $250 in starting capital from the wife of one of his co-founders. Then there was the bureaucracy that made it hard to acquire even the most basic technology. A joke at that time was that half the country was waiting for a phone while the other half was waiting for a dial tone. Nilekani was trying to set up a software company, but Infosys, his fledgling firm, had to wait three years to get a licence to import a computer. At every turn, the new business had to grapple with antediluvian government processes, byzantine bureaucracy and petty officials who only worked if their palms had been properly greased.”

“It took a decade of hard slog before things began to look up. In the early I990S, India’s economy opened to the world. It became easier to travel abroad, to import machinery and invite consultants from overseas.” (How Should A Government Be? The New Levers of State Power by Jaideep Prabhu).

Here is an instantaneous confirmation that what the author of this freshly published book spoke indeed of the current situation in Nigeria is the experience narrated by someone who is the Head of one of the fastest-growing religious organisations in Africa. The General Overseer of the Redeemed Christian Church of God (RCCG), Pastor Enoch Adeboye, said that an official of the nation’s aviation sector demanded bribe from him before he would be allowed to fly his helicopter.

He, then, called for a drastic action against corrupt practices in all facets of Nigeria.

The renowned cleric disclosed this on Saturday during a special meeting with all ordained ministers of the mission at RCCG, Region 21, Oyo State. Aside corruption, crass incompetence and poverty of knowledge amongst those who are at the commanding heights of political governance is the reason Nigeria is the way it is which is not how any government or entity should be in the 21st century. The composition of the Government under the current dispensation is governed by nepotism and favouritism which is why you find round pegs in square holes. The ministry of Budgets, Finance and National Planning is perhaps a perfect example of how not to run a government unless the agenda is to destroy that nation. I said so because there is a conversations around fiscal prudence and discipline by the bunch of people put in position of authority to pilot the affairs of the economy by President Muhammadu Buhari whose criteria is the domination of the nation’s strategic institutions by his kinsmen and persins of same religious belief system. Now there is a big allegations of how Finance ministry and the CBN went about printing N60 billion just to share as the March 2021 allocation to the federating units. You then wonder what has happened to revenues generated from crude oil sales, customs and excise, immigration and from the Federal Inland revenue services all of which are headed by Buhari’s kinsmen. Zainab Shamsuna Ahmed who is a half-sister of the Kaduna state governor Nasir Elruffai has held sway as Finance, budgets and national planning minister since 2015 but the economy has gone from bad to worst. She keeps borrowing cash from China, IMF, World Bank as if Nigeria does not generate revenues from other sources but the state of national infrastructure and national security have deteriorated abysmally. Now add it to the claim that these officials are engaged in the rascality of minting money and sharing without improving national productivity, you would indeed know that this is not how a government should be and in the face of dwindling resources and employment opportunities for youngsters, the national security of Nigeria will remain in grave danger. Governor Godwin Obaseki of Edo state said the Finance minister ordered the printing of N60 billion which was shared in March and for which the Edo state governor thinks Nigeria is broke by doing so. The Finance minister took all of three days after Obaseki made the disclosure to counter this frightening prospect of having a government bereft of economics. But Edo governor maintained his allegations and wrote as follows: “The Minister of Finance, Budget and National Planning, @ZShamsuna should rally Nigerians to stem the obvious fiscal slide facing our country,”Obaseki wrote.

“Rather than play the Ostrich, we urge the government to take urgent steps to end the current monetary rascality so as to prevent the prevailing economic challenge from degenerating further.

“We believe it is imperative to approach the Nigerian project with all sense of responsibility and commitment and not play to the gallery because ultimately time shall be the judge of us all.”

This writer is truly afraid that this is not how to run a government.

*EMMANUEL ONWUBIKO is head of the HUMAN RIGHTS WRITERS ASSOCIATION OF NIGERIA (HURIWA) and was a federal commissioner at the National Human Rights commission of Nigeria.