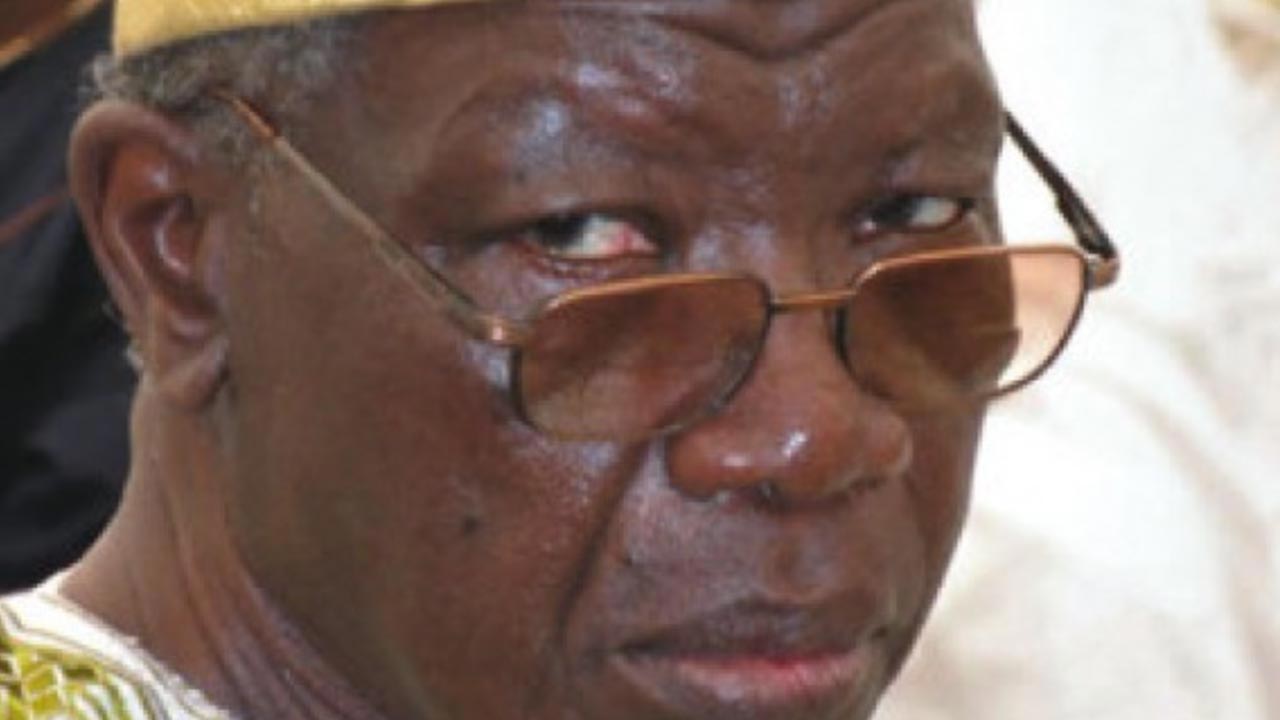 Former governor of Lagos State and National Leader of the All Progressives Congress (APC), Asiwaju Bola Tinubu has described the late Alhaji Lateef Kayode Jakande’s as great in life and in death.

In a tribute to the late elder statesman, yesterday, Tinubu, said for several years and down the ages, the life, times, leadership and politics of Jakande will continue to be a reference point, a subject of unceasing study and the undying light of his life a guide for future generations.

“Truly, even in death, the man we fondly call LKJ lives! For those, whose good and positive deeds live in the memories of millions of lives that they touched, never die.

“Alhaji Jakande was reputed to be a courageous and fearless journalist who was uncompromisingly committed to the public good. His biting and incisive editorials always advocated good and accountable governance and were a thorn in the flesh of successive military dictatorships. As a journalist, the great man was as cerebral as they come having largely educated himself through his voracious reading,” he said.

The APC leader said as governor of Lagos State between 1979 and 1983, Jakande’s output was prodigious, his conduct exemplary and his impact in diverse sectors endures till today.

He said in many areas, including education, health, housing, transportation and roads construction, among others, the former governor laid the foundation, which he and other successors have been building on since 1999.

“His example demonstrated unequivocally that democracy, when it allows leaders of vision, competence and compassion for the common good to emerge, is the best vehicle for promoting rapid development.

“It is amazing that over four decades ago, Jakande could have conceived of the revolutionary metro-line project, which would have transformed the transport landscape of Lagos forever. I am happy and I am sure that Papa himself would have been elated by the fact that work has steadily and systematically been going on since 1999 to give Lagos a befitting mass light rail transit system and the first phase of the project is approaching actualization.

“Deliberately adopting the utilitarian theory of pursuing ‘the greatest happiness of the greatest number of the people’ as his governing philosophy, Alhaji Jakande faithfully implemented the four cardinal programmes of the Unity Party of Nigeria (UPN) – free education at all levels, free health services for all, full employment and rapid rural development.

He said along with the likes of the first Military Administrator of Lagos State, Brigadier Mobolaji Johnson, Jakande can be described as the father and architect of modern Lagos. Tinubu underscored the pivotal role the late statesman played in the advocacy for the creation of Lagos State.

“Jakande was the quintessential politician and statesman. He embodied the great Chief Obafemi Awolowo’s definition of politics as ‘the art of selfless service to humanity’. His loyalty to the parties he belonged to in the first and second republics, namely the Action Group (AG) and Unity Party of Nigeria (UPN), was unflinching and constant as the northern star… Always uppermost in the mind of the great man was the unity, peace, progress and development of Nigeria,” he said.

Firm to pay compensation to varsity students killed during accident

Why I’ll never forget Borno people in my life – Buhari

I inherited a balkanized State Assembly in Kogi – Gov Bello