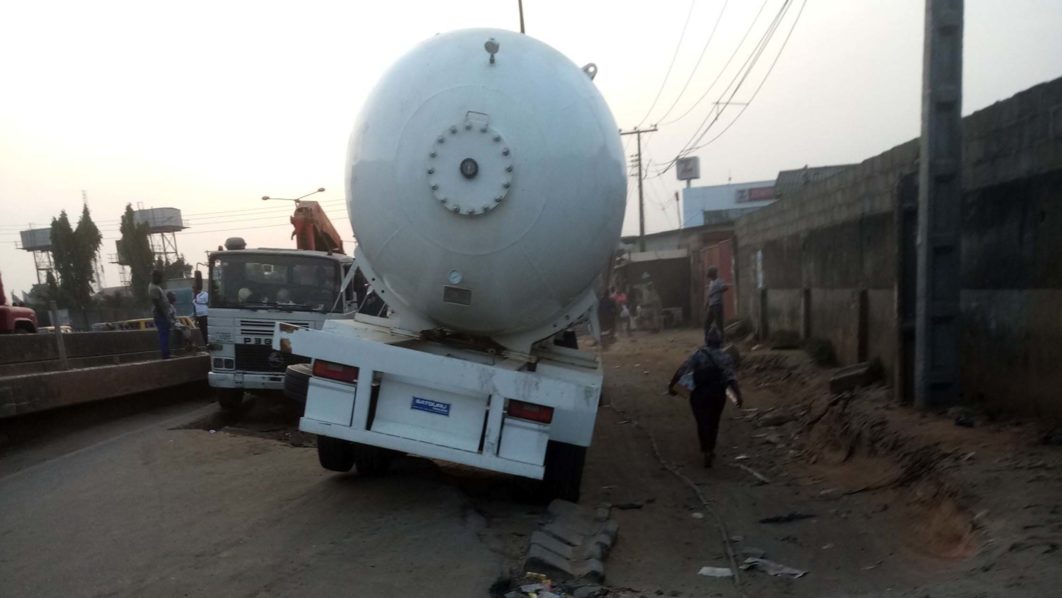 The Bayelsa State Coordinator of IPMAN Mr Bello Bina who confirmed the development on Sunday said that the association had informed the Commissioner of Police who directed the suspects and trucks to be transferred to the State Police headquarters.

ThevNews Agency of Nigeria (NAN) recalls that the team had on Friday apprehended three cargo trucks conveying the petrol packed in nylon bags suspected to be from a yet-to-be identified illegal refinery site.

The trucks which disguised the products as flour bags were seized along the Sagbama axis of the East-West road.

Bina alleged that some unidentified policemen at the Sagbama Division tried to frustrate the effort of the IPMAN Task Force by insisting that the products belonged to an influential personality.

He said that he was compelled to take the matter to the Bayelsa Commissioner of Police after turning down gratifications from the owners of the illegally refined products.

He assured that following the call by President Muhammadu Buhari to IPMAN to check pipeline vandalism, crude oil theft in the Niger Delta the effort of his Task Force to apprehend the tankers would not be compromised.

The task force of the Bayelsa Chapter of the Independent Petroleum Marketers AHe said that proxies of the owner of the impounded products had offered gratifications to the task force which was turned down.

“Some Police officers at the Sagbama junction tried in vain to stop the arrest of the trucks conveying the products.

“According to them a prominent businessman with wide experience in the oil and gas sector is the owner of the tankers and that they are not willing to let us impound the tankers.

“This led us to contact the Commissioner of Police who ordered them to transfer the drivers and the trucks held at the Sagbama Divisional Police Headquarters to Yenagoa,” Bina said. Association of Nigeria (IPMAN), has handed three trucks laden with suspected illegally refined petrol to the the police in Bayelsa.