Insecurity: We’ll do everything to protect our people – Abia Govt assures residents 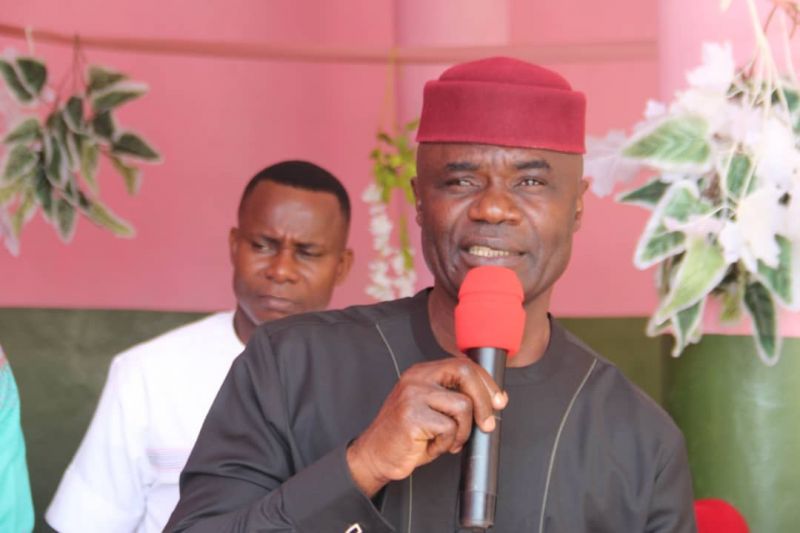 The Abia State Government has assured residents of Abiriba community of continued effort to ensure the protection of lives and properties of the people.

The Deputy Governor of the state, Rt Hon Ude Oko Chukwu, gave the assurance at Abiriba community in Ohafia LGA when he visited the area following the recent attack on some policemen who were on duty in the community.

According to him, the state government has resolved to deploy all necessary resources available to ensure normalcy returns to the area.

Recall that some armed hoodlums recently attacked the community leading to the death of three police officers.

The deputy governor who was accompanied by the Commissioner for Information, Chief John Okiyi Kalu, also urged residents to support the security agencies with intelligence.

He said, “the government is saddened by the unfortunate attack of this morning which led to the loss of lives of police officers at Agu Eze checkpoint and my boss, Governor Ikpeazu on receiving the news asked me to come here and assure you that we will do everything possible to apprehend the perpetrators of the dastardly act and protect Ndi Abiriba and all law-abiding people in the state.

“We call on you to maintain vigilance to fish out criminals and hoodlums who may want to come here to attack innocent people as they go about their legitimate businesses.

“Government will give you all the necessary support and we have spoken to the security authorities to avoid indiscriminate arrests but ensure a painstaking investigation that will ensure that only those responsible for the dastardly act are brought to justice as quickly as possible”, he concluded.

Sir Oko Chukwu who earlier visited the crime scene sympathized with the families and friends of the officers who lost their lives in the attacks and prayed God to give them the fortitude to bear the irreparable loss.

He also visited traditional rulers of the community and assured them of Government’s support to ensure that the perpetrators are brought to book.