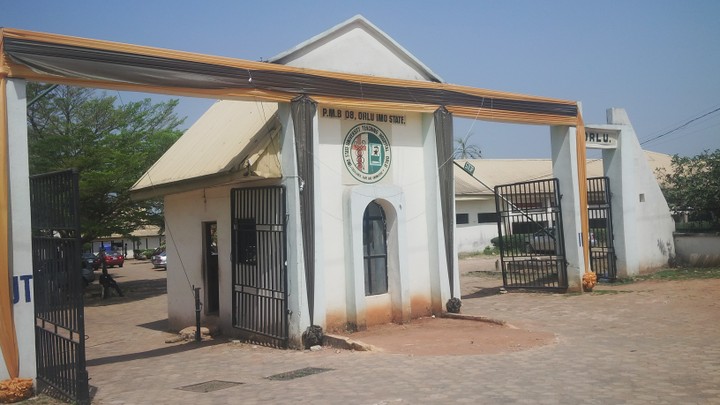 The doctors constituted the second batch of those that graduated at the institution this year, and the first time the institution was inducting two sets in a year after the college lost the National Universities Commission’s (NUC) accreditation about five years ago.

Speaking during the event, which was held at the auditorium of the Imo State University, Owerri, the Acting Vice-Chancellor, Prof. Peter Achunike Akah, appealed to the new inductees not to worsen the record of brain drain in the country by leaving Nigeria for greener pastures.

Akah said: “My dear doctors, let me appeal to you not to be in a hurry to run away, I know the United Kingdom, Canada, Saudi Arabia and many other countries are all looking for you because you are one of the best trained in the world.”

Speaking, the Chief Medical Director (CMD) of the hospital, Dr. Ifeanyi Nwamba, who assured that the students of the college would soon be graduating within the six years stipulated nationwide, charged the inductees to explore the opportunities offered by IMSUTH for their horsemanship programme.