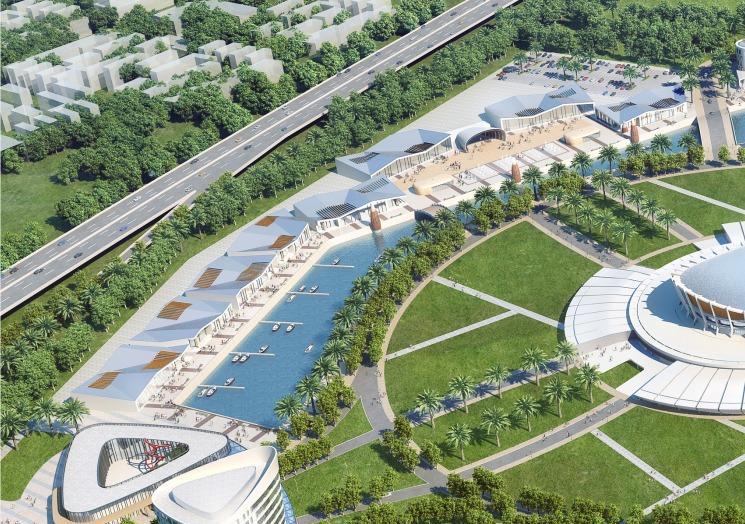 Do agreements matter in Nigeria? It depends on who you are dealing with, a lawyer said without losing a breath. Does it matter if it is a business agreement with the Federal Government of Nigeria? Lawyers would be at their best answering the questions on 18 March 2021 at the Federal High Court, Lagos.

Our National Theatre is the matter, not venue, of the contention it does not deserve. Who owns it? Who does not own it? Should a common property with known ownership be in dispute? The court would decide this matter that has travelled several roads since it began nine years ago.

It dates more years back. Under President Olusegun Obasanjo the dilapidated National Theatre was put up for concession. The process stalled. A new drive began in 2012 and was deemed concluded when the Attorney-General of the Federation signed off on the concession agreement on 3 May 2017.

Not a dime of the money was required from the government. Instead TopWideApeas was to pay billions of Naira in annual concession fees and taxes during the duration of the concession. It posted the concession bond requirement of N1 billion. The other gains were thousands of jobs that would be generated during a construction period of over four years and new jobs to manage the facility.

According to the concession agreement, all developments are to be handed over to the Federal Government in good and operating condition at end of the concession period.

The project was already being tagged a signature project of the Buhari Administration. The preservation of the National Theatre, our cultural edifice, one of the most famous landmarks of Nigeria, the epicentre of the monumental 1977 Festival of Arts and Culture, Festac, the global event that brought cultural troupes of black people all over the world to Nigeria, was on its way. Nigerians so hoped.

Statutory responsibility for the concession was vested on the Infrastructure Concession Regulatory Commission, ICRC, which had in May 2013 issued to the Minister of Tourism and Culture a letter of “No Objection” for “the development of complementary facilities to the National Theatre via Public Private Partnership, PPP, Procurement.” BGL Limited was ICRC’s Transaction Adviser.

At the very strong request of senior officers of the National Theatre and the involved government agencies, TopWideApeas Consortium assumed the extra responsibility for a comprehensive rehabilitation and upgrading of the Complex to synchronise with the planned new structures with the agreement that upon completion of the rehabilitation, the National Theatre would be handed over to the Federal Government for continued management by the Board of the Complex. The agreement increased the construction costs. TopWideApeas did not object.

Curious, new matters issued thence. Jadeas Trust staked its interests over the failed Obasanjo exercise. It sued the Federal Government. With all the processes concluded, the Minister for Information, Culture & Tourism Alhaji Lai Mohammed’s formal presentation of the contract details to the Federal Executive Council was stood down thrice due to the Jadeas Trust Vs. FGN court case. The case was subsequently resolved.

TopWideApeas now initiated the final move for the Minister of Information to get the final FEC approval – the latest drama surfaced.

By December 2019, Central Bank of Nigeria, CBN, Minister for Information, Tourism & Culture (Lai Mohammed), Access Bank Plc and Herbert Wigwe representing the Bankers Committee were among defendants in a case TopWideApeas filed. The other Defendants were the Board of the National Theatre, Infrastructure Concession Regulatory Commission, and Attorney-General of the Federation. The case was adjourned to 18 March 2021. TopWideApeas lawyers’ motion for interlocutory injunction to restrain any interference with the subject of the suit is equally pending.

These did not stop CBN and the Bankers Committee, acting on a supposed authority of the Federal Executive Council, to on 14 February 2021 assume control of the theatre. A similar lawlessness on 12 July 2020 had vast media coverage.

Beyond the legal matters, what is the interest of CBN in spending N25 billion in a project that the private sector has willingly taken up, at a time government is borrowing to meet its routine obligations? Who would manage the theatre after the CBN investment?

What is the worth of agreements that have sailed through the testy routes of government approvals? TopWideApeas has been on this project for nine years? Is there the ease of doing business agenda that the government promotes?

At a time of droughts in investments, why would government agencies turn against those who are committing their resources to Nigeria? What is the challenge with the TopWideApeas concession? Why would the government and its agencies not be willing to subject themselves to the law?

Interests in the National Theatre are global. TopWideApeas Consortium that raised the $2 billion for the project has partners from the United States, Russia, and the European Union. How would they understand how business works in Nigeria? Are we concerned that prospective investors – some could be connected to the ones involved in the National Theatre – could be watching the outcome of these tentative steps that have kept the business in the cold for eight years?

The National Theatre cannot continue hosting this show of impunity.

.Isiguzo is a major commentator on minor issues