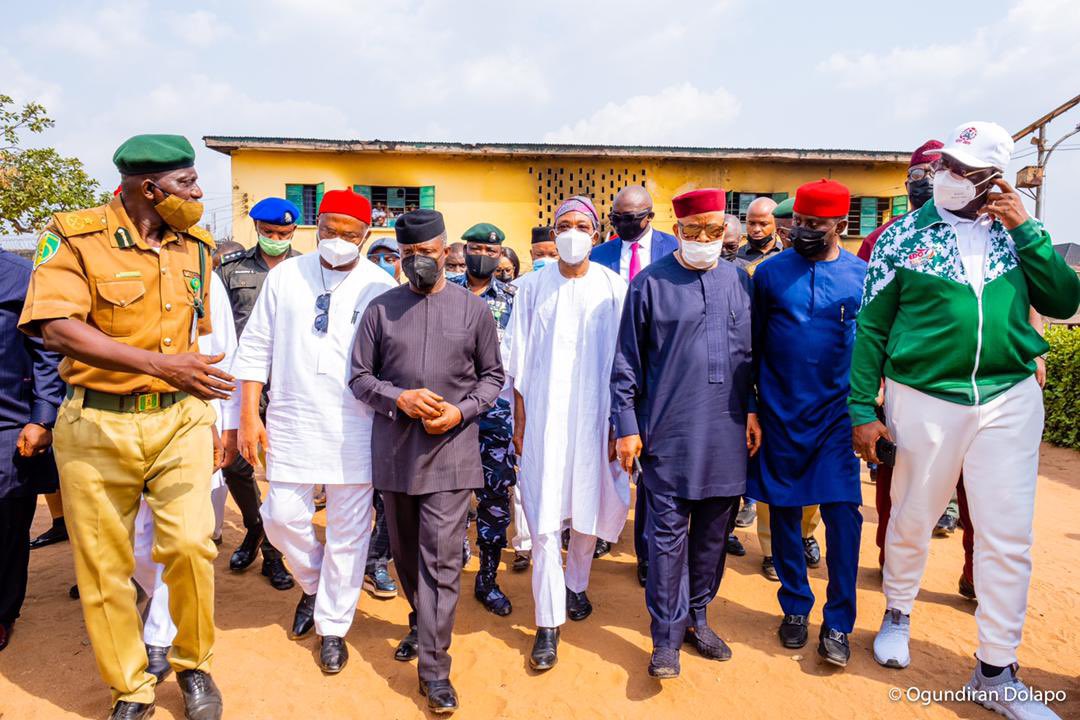 Judicial workers in Ogun State on Tuesday paralysed the activities in all courts in the state.

The workers under the aegis of the Judicial Staff Union of Nigeria (JUSUN) joined their colleagues across the nation to seek financial autonomy for the judiciary.

The gate of the court premises was locked by JUSUN officials. while courtroom doors were also under lock and key.

Following the strike, the Ogun State Judicial panel of investigation on police brutality sitting in Abeokuta has now temporarily moved its sitting from the Magistrate Court 1, Isabo.

The panel said it will be sitting at the Valley View Auditorium, Isale Igbein, Abeokuta for the time being.

The Chairman of the Panel, Justice Solomon Olugbemi (rtd), disclosed this in a chat with newsmen in Abeokuta.

The panel Chairman said the temporary movement was occasioned by the ongoing strike action by JUSUN, which he said prevented petitioners, respondents and members of the public from gaining entry into the court premises and disallowed the panel from sitting.

Justice Olugbemi noted that the panel would henceforth sit at the new venue pending the end of the strike action, adding that sitting days remain Mondays, Wednesdays and Thursdays by 10 am.

“We have a six-month deadline to conclude our assignment and submit our recommendations to the government, hence we can’t afford to allow the strike action halt the process,” Olugbemi stated.