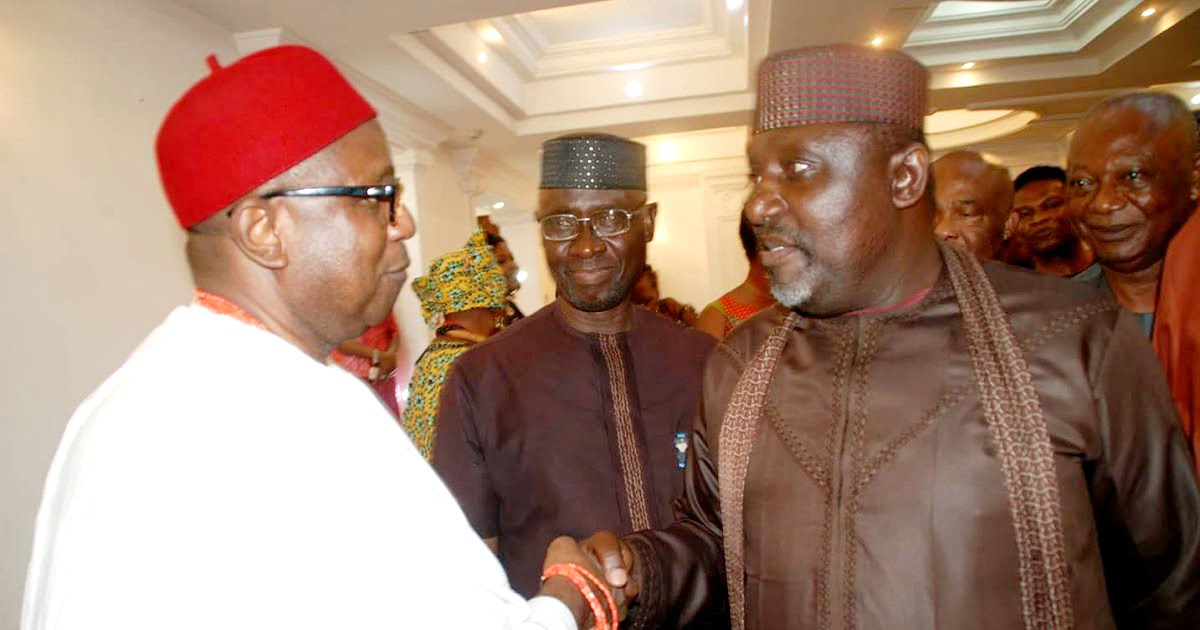 The Speaker of Abia State House of Assembly, Rt. Hon Chinedum Orji has reacted to the victory of the Peoples Democratic Party, PDP, in the just-concluded Aba North and Aba South federal constituency bye-election.

INEC reported that he polled 10,322 votes to defeat his challenger from the All Progressives Congress, APC, Mascot Uzor Kalu who scored 3674 votes.

However, the Abia Speaker, Chinedum Orji, in a statement on Sunday, described the PDP victory as an endorsement of Governor Okezie Ikpeazu’s giant strides in infrastructure development of Aba.

The Abia Speaker thanked the youths for working in synergy with the party structure and for being adequately mobilised for the election by party stakeholders.

The statement partly read, ”I congratulate the Governor, the Deputy Governor, Members of the PDP in the State House of Assembly, stakeholders of the Peoples Democratic Party, PDP, in Aba Federal constituency and particularly the youths of Enyimba City for a job well done”.

He further lauded the Independent National Electoral Commission (INEC) for its swiftness in concluding the election with transparency.

Also in his reaction, Uko Nkole, member representing Arochukwu/Ohafia federal constituency of Abia State in House of Representatives, said the margin of win the Peoples Democratic Party, the candidate and the flagbearer of the All Progressive Congress, Mascot Uzor Kalu was an affirmation that the people of Aba and Abia State at large are happy with the rapid road and infrastructural development given to them by the Governor Okezie Victor Ikpeazu led PDP government.

Representative Nkole congratulated the winner, Hon Chimaobi Ebisike on his resounding victory at the polls.

The federal lawmaker also congratulated the Peoples Democratic Party family for the togetherness and unity of purpose shown during the electioneering process.

Hon Uko Nkole, in a press statement made available to journalists in Umuahia by his Media Assistant, Prince Udensi, on Sunday, counselled the new Representative of Aba North and Aba South federal constituency not to forget his constituents and residents of Aba metropolis who ignored the fake promises and antics of the opposition.