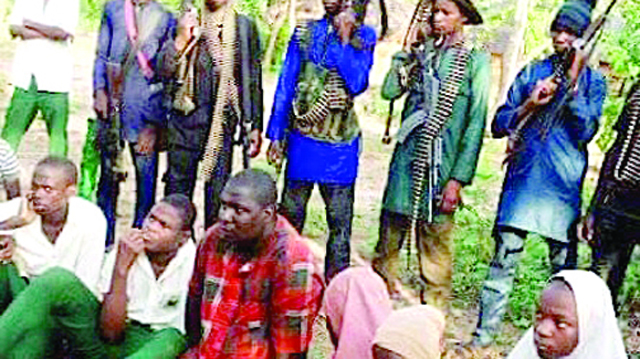 Chairman of the Progressives Governors’ Forum (PGF), Governor Abubakar Bagudu of Kebbi State, has vowed to lead other governors and stakeholders to join the search for the abducted students and staff of Federal Government Girls’ College, Birnin Yauri.

The Special Adviser (Media) to the Governor, Yahyah Sarki, stated yesterday that Bagudu spoke when local hunters visited him, which coincided with the condolence visit by Nigerian Governors’ Forum (NGF) Chairman, Governor Kayode Fayemi of Ekiti, and his Jigawa counterpart, Mohammed Abubakar.

Bagudu said he would discuss this with his colleagues and security agencies in this direction, so as not to jeopardise the ongoing commendable operations to rescue the abducted students and staff.

He said: “But, we will go out there and, as I promised, the day we will move out, I will not be in the office because we will join you in the field. Also, other governors will leave their people to meet us in the field.”

The governor averred that weapons would not win the war, but the will that bad person could not triumph. “We will show that we have enough willpower. President Muhammadu Buhari and the security agencies have been doing the best they could with limited resources. But we also need to mobilise, kit ourselves and take on these bandits,” he added.
GOVERNOR Fayemi said he was in Kebbi on behalf of NGF, to commiserate with the government and people, over the abduction.

He commended the efforts of the governor and security operatives to protect schools in Kebbi from bandits.

Fayemi also charged the local hunters and the vigilantes to go after the bandits, annihilate them and bring back the victims

Abubakar, on his part, expressed delight with the success recorded in rescuing some of the students and staff of the school.

Earlier, the leaders of the hunters had told the governors of their readiness to join the fight against the bandits until the students were rescued.

HOWEVER, the Kebbi government has directed principals of secondary schools across the state that feel unsafe to close down their schools.

Chairman of the Nigeria Union of Teachers (NUT) in Birnin Kebbi, Issa Arik, told The Guardian that the directive was given due to the Birnin Yauri attack.

“The governor just gave us the directive to close down any school that is not safe, both boarding and day, and they have started the closing to protect the students,” he added.