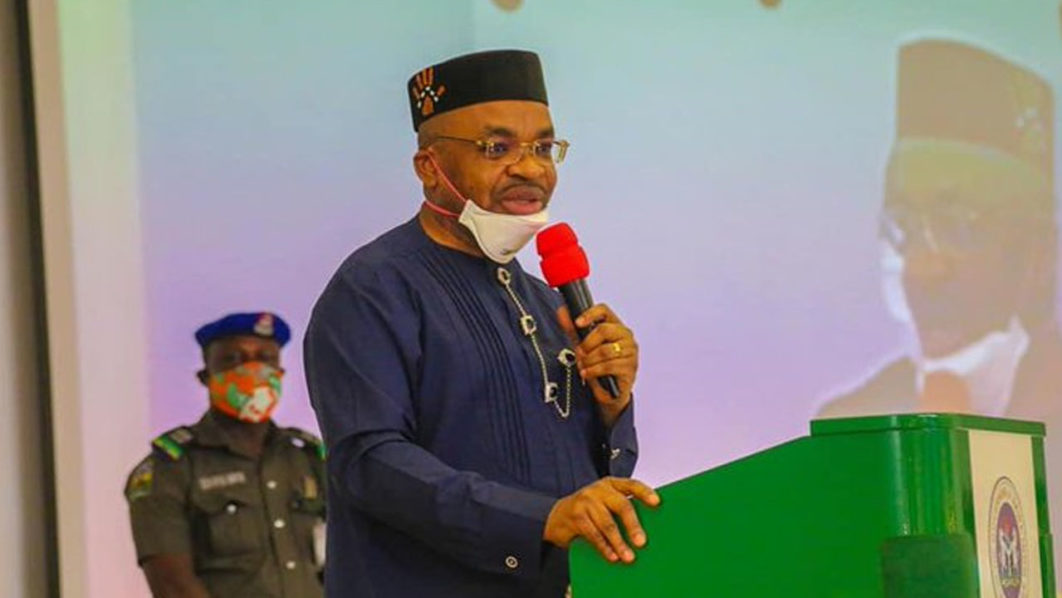 They spoke during the commissioning of the10 kilometre Osokwa-Aro Umuejie-Omoba Road by Udom, which traverses two Abia Local Councils of Osisioma Ngwa and Isiala Ngwa South and part of Obingwa, which would give commuters faster access to and fro Abia, Akwa Ibom and Cross River states.

The road, which is one of the many recently constructed and being reconstructed by Ikpeazu was described by both governors as being of great economic importance to their states.

While Ikpeazu said the link-road gives access to many towns across the three states, Udom said it would mutually improve the economic advancement of both states, calling for more unity, cooperation and harmonious relationship between the two states.

“I have learnt a lot from Udom. He is a trans-generational leader, hence we invited him to commission this road that would mutually benefit our states”.

Lauding Ikpeazu for building quality roads, Udom disclosed he came to the attestation after being driven for many kilometres from Obingwa, Akwa Ibom-Abia border to the commissioning ground in Osisioma Ngwa without noticing any pothole.

“This is evidence of the type of administration PDP Governors run in the country, hence the entire PDP Governors are proud of Governor Ikpeazu and his performances in office.”

Udom disclosed that his administration constructed a 16-metres road to link his state to Arochukwu in Abia State.