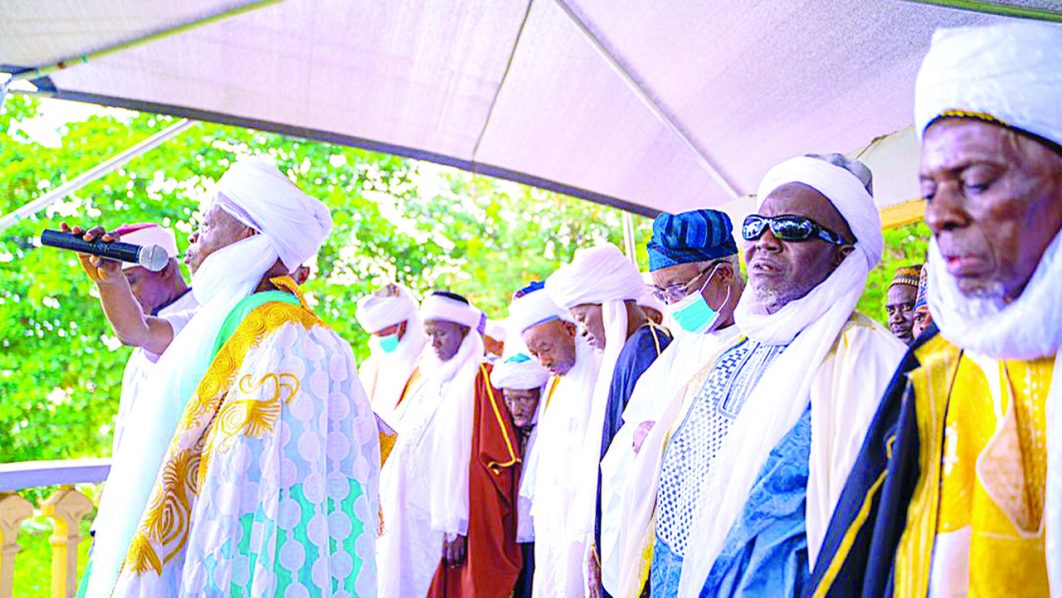 Chief Imam of Ibadanland, Ajigbotomokekere (left) and others during the Eid-el-Fitri prayers at Agodi praying-ground in Ibadan… yesterday. PHOTO: NAJEEM RAHEEM

The Eid-el-Fitri prayer, which was held at the Ibadan Eid praying ground, Agodi, was observed despite a directive by the Sultan of Sokoto, Muhammad Sa’ad Abubakar III that the Sallah prayer is held today as the crescent of the new month was not sighted on Tuesday.

Agbotomokekere had earlier announced on Tuesday morning that Ramadan had ended and that he was going to lead the Eid prayer on Wednesday morning.

The Guardian gathered that the Chief Imam and other Muslims started their fasting a day earlier than the day announced by the Sultan.

In a message to commemorate the Eid-el-Fitri celebration, the firm urged the Muslim faithful to remain steadfast to the inherent lessons of the holy month of Ramadan, which include godliness, philanthropy, good neighbourliness, contentment and righteousness.

It enjoined them to see the season as a time for worship, piety and sober reflection, reiterating its commitment to the continued provision of affordable voice and data services during the Eid-el-Fitri holidays and beyond.