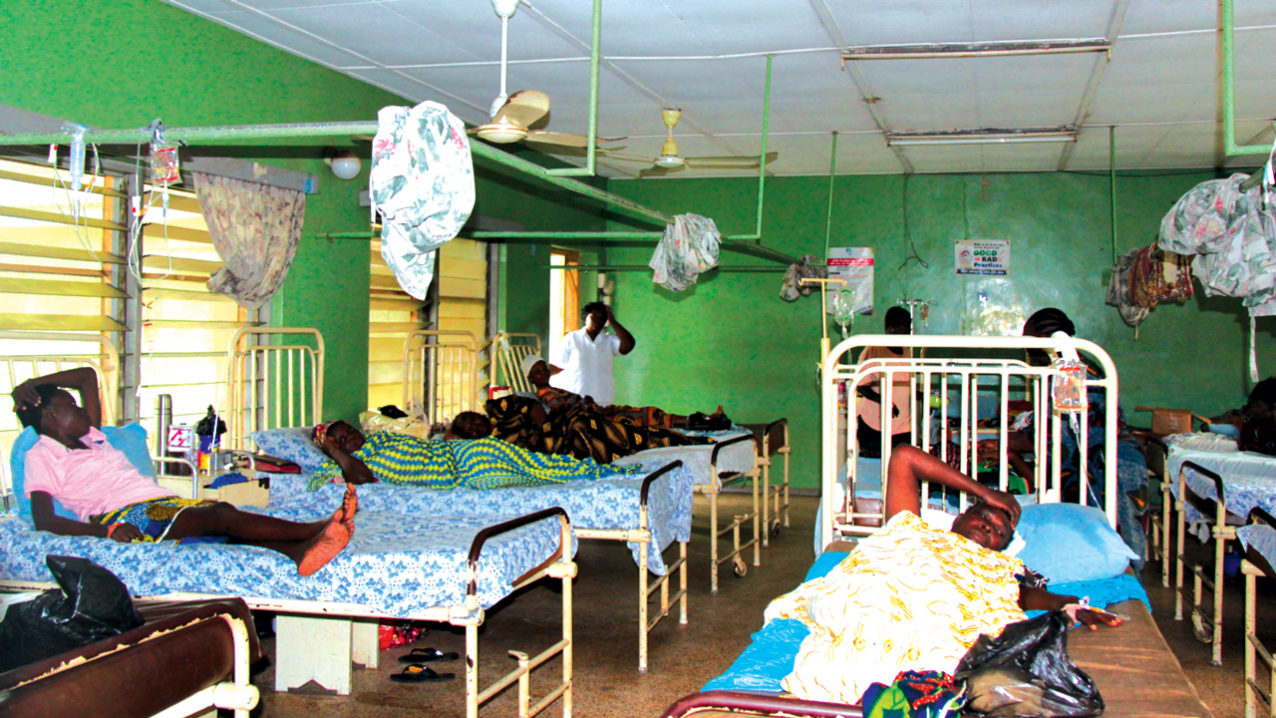 Mrs. Nwamaka Chinwendu, a native of Ameka community, in Ezza South Local Council of Ebonyi State has claimed that her husband abandoned her after giving birth to twins.

The Guardian learnt her husband, Chinwendu Nwoko, who hails from Igbo Echie, in Echie Local Council of River State, abandoned her and her children because she gave birth to twins and through Cesarean Section (CS).

Narrating her ordeal at Mile 50, Abakaliki, yesterday,  Mrs. Chinwendu, said when she was pregnant for her first child, her husband kept saying that it is a taboo for a woman to deliver through cesarean section in their place, but she was fortunate to deliver her baby without operation.

According to her, trouble started when she went to ultrasound at seven months of her pregnancy and was told that she was carrying twins.

She said when she came back home and broke the news to her husband he was very angry and told her to abort the pregnancy, but she refused.

She said: “He began to beat me without any provocation, he doesn’t help me out in house chores. I went for another scan before delivery and I was told that the babies were not well positioned with their buttocks.

The Sonographer said let’s hope the babies would position well before nine months.

“But when it got to nine months, one of the babies turned, while the other didn’t turn. So I was told that the only way out was through CS. When I got home and told my husband, he said I was on my own. He started nagging that CS and twins are taboo in their culture. He had stated that if I wanted the marriage to continue that I should abort the babies but I refused.

“Since I gave birth to my twins, a boy and a girl, two months ago, he has abandoned us. He didn’t come to the hospital, it was my elder brother that paid the hospital bill and he has been the one catering for us.”

Mrs. Chinwendu, said her husband claimed to be a marine engineer, but she never saw him dress up for work, however, he always provided for them before the arrival of the twins.

She said she was no longer interested in the marriage, adding that all she wanted was for the husband to take care of his children.

Asked if she has contacted the husband’s family to tell them about the development, the mother of twins hinted that the man has not been on good terms with his family members.

Contacted, the State Police Spokesperson, DSP Loveth Odah, said that one Mr. Amajiri wrote a petition to the Police, claiming that Mr. Arinze Utobo,  the elder brother of the woman beat him up and kidnapped him.

“The allegation before us is different. This woman’s husband came to the Police with a petition, alleging that one Mr. Arinze Utobo, beat him up with seven others, kidnapped him and locked him up in a wardrobe, that is the allegation before the police.

“It was in the process of investigation that we found out that the suspect in the matter is the woman’s elder brother.

“It was when we arrested the suspect, including a woman with twins that we now asked if this woman is part of his problem.

“We got to know that she is the wife of this man,  who laid allegation that he was beaten up and kidnapped by one Mr. Utobo and seven others.

“The woman came up with her own story that since she was pregnant and discovered it was twins the husband said in their own community in River State, that it is a taboo to have twins and to also deliver through cesarean section”, she stated.

Odah noted that the Commissioner of Police,  Aliyu Garba, has ordered full investigation into the incident.