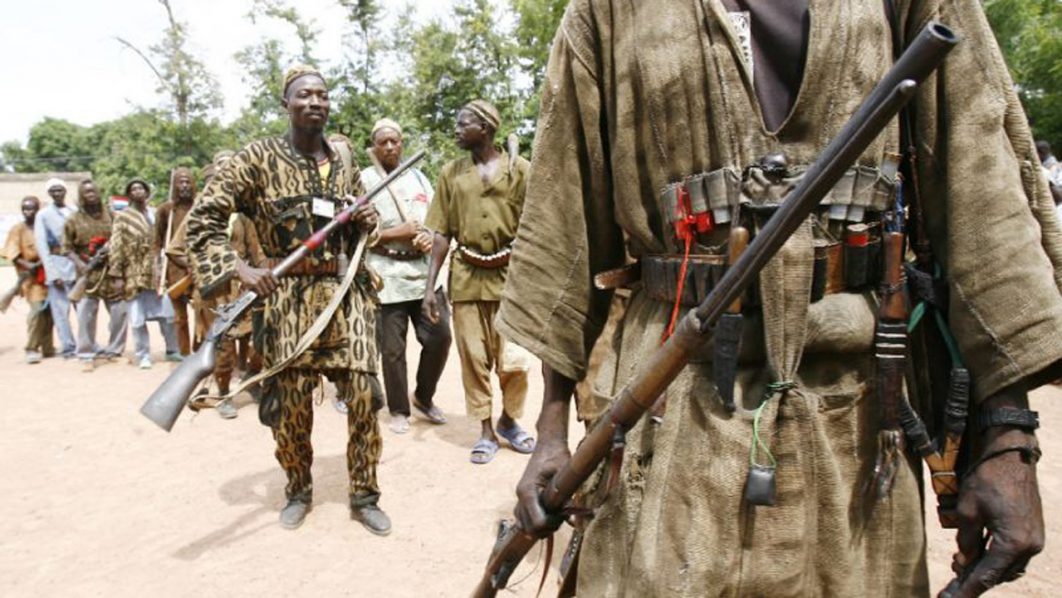 Luck ran out of a suspected kidnapping syndicate yesterday at Akunu-Akoko, in Akoko North-East Local Government Area of Ondo State, as a local vigilante and hunters’ group killed one of the bandits terrorising the area.

The group also rescued seven victims abducted by the unknown gunmen in the forest who was snatched on Saturday while travelling to the northern part of the country.

According to sources, the gunmen stopped the victims’ vehicle at a boundary community between Ondo and Edo states. They said people in the area noticed the empty vehicle and suspected the occupants of the vehicle had been abducted.

Witnesses said the travellers were heading towards Abuja when they were abducted and taken into the bush.

One of the sources said the incident was reported to the regent of the town, Princess Tolani Orogun, who ordered local hunters and vigilante team to comb the entire forest and secure the release of the kidnapped victims.

According to him, the exercise yielded result as the kidnappers were rounded up in their den after a gun duel between the criminals and the local hunters.

He added that the hoodlums ran away while one of them was shot dead, revealing that some of the kidnappers also ran away with bullet wounds as the seven abducted victims were rescued unhurt.

Rauf noted that the seven victims had regained their freedom while the body of the kidnapper killed in the encounter had been deposited at the State General Hospital morgue in Ikare-Akoko.

Also confirming the incident, the regent, Princess Orogun, said that apart from the local hunters and the vigilante groups, the youths in the community joined in the rescue of the seven travellers.

Speaking on insecurity in the council area, chairman of Akunu-Akoko community, Ade Aboginije, urged the state government to increase security presence in the area, considering the peculiar position of Akunu, which shares borders with Edo and Kogi states.

It will be recalled that the border community had, in recent times, witnessed security challenges, including kidnapping, banditry and armed robberies.

Wife of a monarch, the Alauga of Auga, Oba Samuel Agunloye, and her driver were abducted on the same road, and farmers in the area have reportedly abandoned their farms following the spate of kidnapping and raping by criminal herdsmen.

MEANWHILE, some gunmen reportedly ambushed a commercial bus between Evwreni and Ogor communities in Ughelli North Local Council of Delta State and abducted six passengers at the weekend. The bus was said to be conveying passengers from a burial ceremony in Port Harcourt, Rivers State, to Agbarho, near Ughelli.

The Guardian learnt that the number of people on the bus was not exactly ascertained, but some of the passengers escaped.

A source, who lamented the high rate of insecurity in the state, said: “Bandits just kidnapped some passengers in a bus coming from Port Harcourt to Agbarho, where they went for a burial ceremony.”

Expressing concern over the alarming rate of criminality, the Commissioner of Police (CP), Ari Mohammed Ali, recently warned area commanders, divisional police officers (DPOs) and other senior police officers across the state, where crime and kidnapping occur that they would be sanctioned.

When contacted, Acting Police Public Relations Officer (PPRO), DSP Edafe Bright, said four persons were kidnapped, but that the abducted persons were not from the bus.

He said the kidnapped persons were in a car trying to escape from the scene where the bus was ambushed, adding the police were investigating the matter to ascertain the true state of affairs.

Arapaja alleges Fayose out to destroy PDP before joining APC