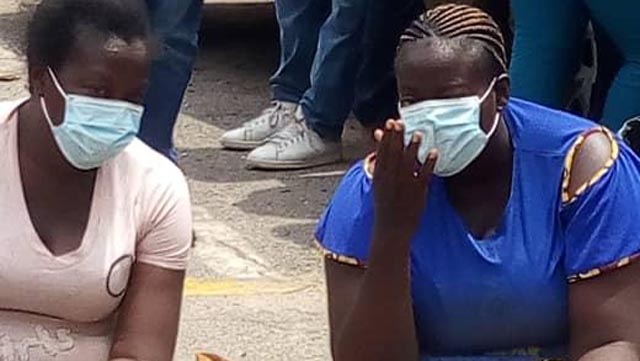 A 40-year-old woman, Chinyere Okechukwu, has been arrested for allegedly stealing a five-month-old baby from Anambra State, and selling the child for N900,000 to a couple in Lagos.

Preliminary investigations by detectives revealed that Okechukwu, who is alleged to run a child trafficking syndicate, had reportedly travelled to Anambra State with a young man, Chiano, to marry the 20-year-old mother of the child, Onyechukwu Okafor, early in March.

Okechukwu had, after paying N50,000 as the bride price of the single mother, also paid an extra N50,000 as money spent on hospital bills during the birth of the child.

She had afterwards taken the mother to Lagos, and sold the child to a couple, Happiness Ibebuilo, 42 and Paul Ibebuilo, 40.

The Commissioner of Police (CP), Lagos State Police Command, Hakeem Odumosu, said the three suspects had been arrested and the case transferred to the Gender Unit of the State Criminal Investigation Department (SCID) for discreet investigation.

Odumosu said: “One Onyechukwu Okafor, 20, reported to the police at Satellite division that her son, one Chimuanya Okafor, five months old, was forcefully taken away by one Chinyere Okechukwu, 40, of No 24, Muyiwa Opalyeye Street, Surulere and sold him for N900,000 to one Happiness Ibebuilo, of Iyana Oba Lagos.

“Police swung into action and moved to the house of one Ibebuilo Paul, 45, in whose custody the stolen child was recovered. The suspects were eventually arrested by the police.”

Narrating her ordeal in the hands of the syndicate, Onyechukwu said she was hypnotised into marrying Chiano. She claimed she was introduced to the man and within three days, her bride price was paid.

“I think I was charmed. I was separated from my child after the bride price was paid. I and Okechukwu were on our way to Lagos when I became conscious of myself. I asked for my child and was told he is with someone in Anambra and that he would join me soon.

“I also asked of the said husband and they told me he had been transferred at his place of work from Lagos to Abuja, and had to go ahead of us. When we got to Lagos, I was lodged in a hotel, at Abule-Ado, in Lagos. That was when I suspected foul play and had to call my cousin, Akubuko Obinna, who came to my rescue,” she narrated.

Asked about her role in the criminal act, Okechukwu simply said: “I did not do it.