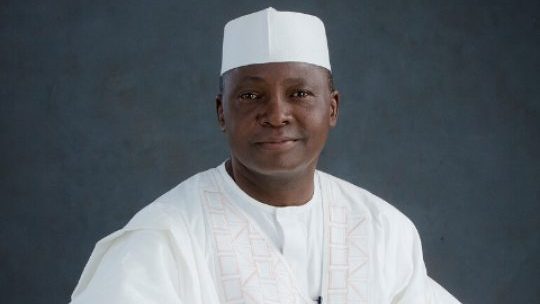 The chairman, Abuja Municipal Area Council (AMAC), Honourable Abdullahi Candido, has decried the implications of the lingering conflicts between the Federal Capital Territory Administration (FCTA) and AMAC on his programmes and activities.

Speaking Friday in Abuja, Candido said the development has made things difficult for his administration towards meeting its obligations to the Council and its people.

There have been conflicting claims between FCTA and AMAC over the body empowered by law to collect certain taxes, especially tenement rates in the city centre. But AMAC chairman insisted that the entire city centre including the very space, where the FCTA office is located falls within AMAC jurisdiction.

Blaming the seeming power tussle on some vested interests bent on undermining the provision of the law in order to frustrate his administration’s commitment to delivering dividends of democracy to the people, the chairman vowed not to stand akimbo while development elude his people.

“I will not keep quiet because I have a mandate to discharge,” Candido said. “This conflict between AMAC and FCTA is affecting our revenue base. We should not be in conflict with FCTA over this issue.

“We should be the one collecting tenement rate. Revenue generated through this source would be deployed to construct schools, especially in rural areas. We have 12 Wards in AMAC and we try to reach out to every Ward as expected.”

However, as a democratic structure put in place by the people, the chairman feared that his administration may not live up to the expectations of the people should he remain indifferent to the issue of tenement rate’s collection.

“So, we need to let the people of Abuja Municipal Area Council, who brought me and other elected representatives to power know what we are passing through,” he said.

“Sincerely, I am a respecter of authorities and I value synergy among all organs of government but it must not be at the expense of the good people of this Area Council.

“We have suffered enough in silence and if we keep quiet, the people of this Area Council will continue to suffer and that will not augur well for me as an elected representative of the people.

“Therefore, I felt the silent underground intimidation from authorities, silent intimidation from quarters that are likely superior to us, which is bent on discharging responsibilities they are not constitutionally empowered to, should be made public.

“This silent intimidation has frustrated the administration and we have been perceived in a bad light by people who do not understand the working relationship between the Area Council and other arms of the government”, the chairman added.

He, therefore, insisted that he was ready to defend what belongs to his Area Council “even if it is going to cost me this position”, as according to him, certain areas were statutorily the responsibility of AMAC and not FCTA.

He also admonished whosoever will come after him to sit up so as not to be denied his or her rights.

We didn’t authorise erection of mosque beside church – KPPA