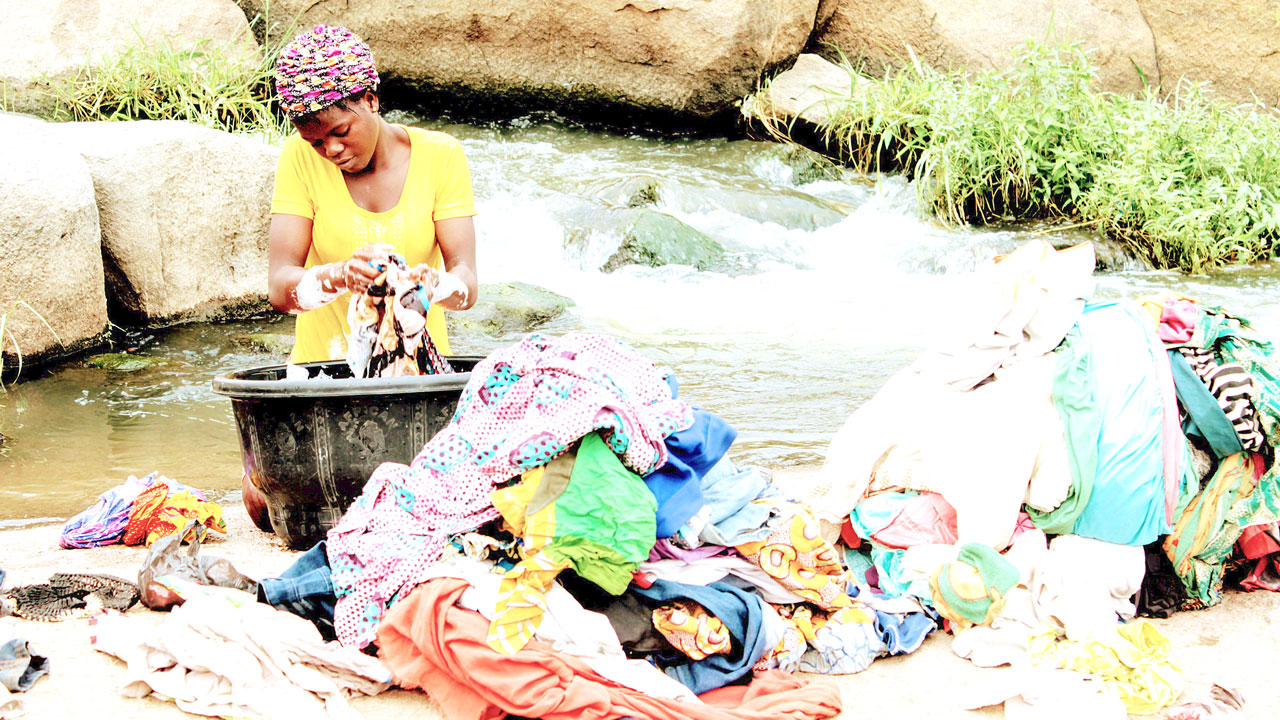 The young teenager engaged in menial labour in a bid to survive in Gosa, FCT… Photo: Lucy Ladi Ateko

The 16-year old Sekwanya Joel, an indigene of Gbagyi tribe of the Federal Capital Territory (FCT), is not from a privileged home, but she is determined to succeed.

Sekwanya, the last child of her parents’ five children, has refused to succumb to pressures from friends to make quick money through illegal means. Rather she has chosen to engage in some menial jobs around the city that will enable her assist her parents in taking care of the household.

This afternoon, Sekwanya, whose ambition is to be a nurse, is in a cashew plantation harvesting the nuts for commercial purposes.

She tells The Guardian that she dropped out of Secondary School in her second year as her aged parent could no longer afford her N5,000.00 termly school fees.

According to her, she makes an average of N750 daily from selling cashew nuts — Each measure sells for N250.

“I harvest an average of three containers daily because I have to compete and contend with other community members who also rely on the sales of cashew nuts for survival,” she says.

She says, “Our forefathers planted the cashew trees for the benefit of the community. What is important to us is that when cashew fruits are harvested in this community is the proceeds we get from the sale of the nuts while the fruits are usually thrown away.

“These nuts are collected and paid for by nuts collector in the community who then resells them.” Aside from harvesting cashew nuts, she is also involved in providing local laundry services for a little token after each harvest season.

She says there is no standard price and that her payment is determined by the magnanimity of her client, quantity of clothes and how desperate and financially pressed she is at that moment.

When there are no clothes for her to wash, she fetches water in gallons to sell within her community. For the young lady, “there is no dull moment.”

According to her, she fills 200 litres of water in 10 gallons and moves them about in a trolley.

This is a trade believed to be exclusive of men because of the physical energy required. Yet, she was determined to eliminate gender barrier for her survival and that of her family.

Although the borehole was constructed and donated by the Ministry of Water Resource, Sekwanya pays N10 for each gallon of water she fetches and sells for N25 per gallon. The brisk business empowers her with a meagre sum of N15 per gallon. Yet, lacked possible options to her predicament.

While admitting that life has been difficult for her as the last of the five children of her aged parents, the 19-year old explained that her elder siblings were unable to assist their parents because they were all married and focused on their immediate families. She adds that they are equally struggling to make ends meet and are not in positions to be of much help to her.

The young teenage woman with a perfect blend of beauty and strength is nevertheless, very hopeful that that her dream of becoming a nurse will someday be a reality.

Her dream is not only driven by self-actualisation but also the urge to contribute to the development of her community and the nation at large.

However, the possibility of achieving these lofty dreams appears a mirage.