How lack of equipment, political will allow criminals go scot-free 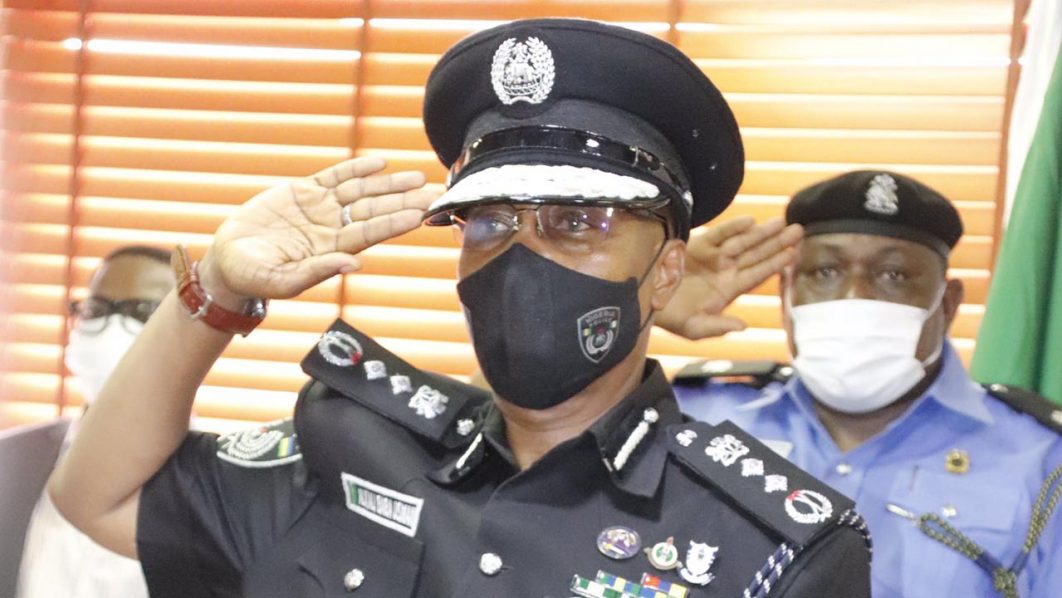 • Only one tracking machine in Nigeria, source reveals

The Nigeria Police Force has what it takes to perform optimally but lack of modern equipment, poor salary and welfare, and non-recognition of efforts, among others, remain a major setback for the force.
This is the summary of investigations carried out by The Guardian.

The duties of a police officer include protecting life and property, proactively patrolling assigned areas, and arresting and prosecuting criminals. But there is a challenge in performing these duties.

A source said there is only one tracking machine in the whole federation for the 36 state commands grouped into 12 zones and seven administrative organs.

According to the source, the police do not have many platforms or equipment to track suspects and monitor cases and have to continue to use the old method in fishing out criminals.

“With the new age of technology, there’s no how you can do an investigation without forensic platforms, forensic ideologies, and of course, tracking devices. For instance, Internet fraudsters cannot be investigated without a tracking mechanism and the only one available for the whole federation is in Abuja, the one the Deputy Commissioner of Police and leader of the Inspector-General of Police’s Intelligence Response Team, Abba Kyari, relies on for his operations.

“To my knowledge, former IGP, Mohammed Adamu, wrote several memos to the Presidency, either for an increase in budget or for intervention to procure some equipment, but little attention was paid to it.

“For instance, we employ the service of a private security firm to track stolen phones and the victims will be the ones bearing the cost, and when the tracking is completed, the same victim will provide a vehicle in most cases for the police to use to arrest the suspect.

“We can’t do modern policing without this equipment. It’s not possible. Then how many forensic laboratories do we have in the federation? I think two: one in Alagbon and a small one in Abuja. The Lagos State government had one, which was touched during the EndSARS protest on Broad Street, Marina Lagos.

“If more of such equipment were is available, police will go to a house where criminals broke into, lift either the finger or footprint and insert it in a database where the name, picture, the address of everyone involved in the operation will be revealed and we can go and pick them one after the other instead of guessing and picking everyone around.

“When a murder is committed in a place, all we do is to start raiding the whole street, which is allowed by law but it’s not modern. I think we should be getting out of that by now; we don’t need to arrest 100 persons before we get our suspect.”

Another issue that our source spoke about was the welfare of the police. “If policemen are well paid, our men will not be used to manipulate any election, pervert justice.

“As of today, the police have the capacity to capture any appointee, any public office holder, if a person has a criminal case. Why can’t we write a report that he or she is not fit for office, but because police have not been placed in their rightful position to decide on behalf of the country, criminals get into office. Most of our reports and ideas are jettisoned, and it’s not good for the system. So, let the police be totally overhauled and Nigeria will be better.

“The only tracking machine was procured when former IGP, Solomon Arase was the DIG CID and Intelligence. Under him, the system was so fantastic.

“If we can have this in the whole six geopolitical zones, and then forensic laboratories in all states, the better for us. Nigerians are just clamouring for state police, but it’s still the same system and nothing will work except the system is overhauled. Are they going to do magic?

“Some of our states have established security outfits, but people still get killed like cows every day. Even those that we think are spiritually inclined and powerful still get killed. It is still the same. Are we actually ready to have a better policing structure, a robust policing system in the country? Governors must come together. Scientific investigation, a scientific approach will help us a lot. ”

When contacted for comment, the Lagos State Police Public Relations Officer, Olumuyiwa Adejobi, said: “There is nothing wrong in every state or every command having its forensic laboratory. Forensic investigation is the best all over the world.

“The proposal that all streets should have CCTV cameras is the best thing for us. What the IG has done in Abuja is making the police have a very strong command and control centre in Abuja, that you monitor most of the streets in Nigeria. We need to sustain it and upgrade the system and the software must be upgraded. We have a consultant that must be in charge, policemen must be trained locally and abroad. It is time to focus more on the police because the police are part of governance. Police and governance in Nigeria are two things that are highly central because you can’t separate the power of the police and function given to the police in the constitution; police is so connected to the government and governance.”

Speaking on erring police, he said: “They are not doing themselves, the institution or the country any good by committing a crime. Many of them are not supposed to be in the force, because at this age, I don’t know why we should have a policeman who cannot read. But if they continue to misbehave, we will continue to deal with them.

On what should be a community-police relationship after EndSARS, he said, “Even EndSARS protest was premised on misinformation, so, the best thing we can do to avoid misinformation, is to clarify issues. EndSARS protest didn’t happen because SARS killed somebody. SARS was not even involved in the case in Delta, but some Nigerians started tweeting that SARS killed someone in Delta. Maybe just about 10 per cent of the cases involved SARS.

“So, I think members of the public should have a better understanding of the way we operate and take time to read most of these laws.

“An average Nigerian will tell you that you are tampering with his fundamental human rights while he has not read any portion of the constitution on it. If they have, they should know that every right, privilege in the law has limitations. A citizen has the right to demonstrate but there are clauses. A citizen has the right to life but the constitution under which that right to life must operate. There are limitations to some of these rights, but people don’t read. “Everybody has learnt their lessons after EndSARS. And if a policeman is still misbehaving, he’s on his own. I’ve not been covering for any erring police and I will not cover any of them that commit crimes.”