President of the Nigerian Senate, Ahmad Lawan, on Thursday, revealed that certain gaps in the 1999 Constitution formed by the exclusion of traditional institutions in the governance and security architecture of Nigeria remains mostly responsible for the deteriorating security situation in the country.

Lawan explained that the worsening activities of insurgents, criminals and bandits have placed the country in dire circumstances that need an urgent review of the 1999 Constitution along the lines of reorganizing the structure of governance to provide specific roles to traditional rulers in different communities across the country.

The Senate President disclosed this in Abuja when giving a speech to declare open a meeting between the National Council of Traditional Rulers and the Senator Ovie Omo-Agege-led Constitution Review Committee. 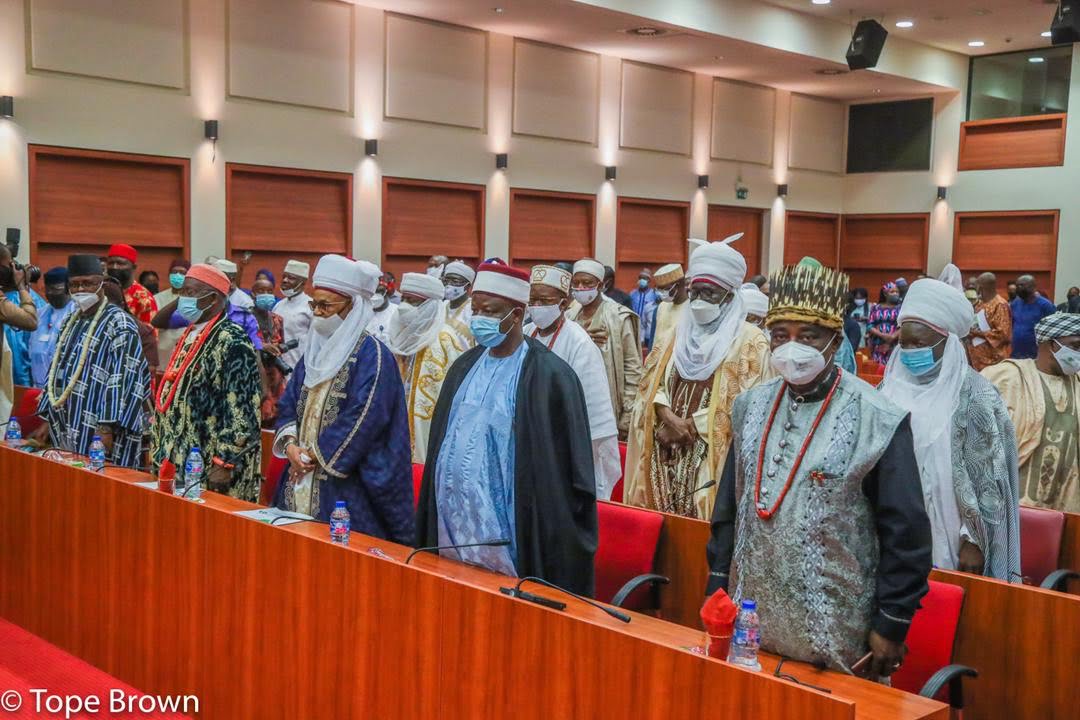 Lawan said: “I am here to show the commitment of the National Assembly in its entirety, to listening and supporting our royal fathers on the Constitutional Review currently going on, and in what many of us believe that’s the right thing; that we’ve our royal fathers properly and formally given some roles in the governance structure or the administration of our country.

“Probably, the 1979 constitution had envisaged specific functions for the traditional institutions, but I think we missed it after that, and maybe the 1999 Constitution didn’t take account of certain things that could’ve been helpful.

“Maybe before the 1976 local government reforms, the traditional institutions might have played some roles in ensuring that our communities were secured and safe.

“So, what do we need to do to bring our country into a safer climate and more secured life for our people and their property?

“I believe that we need to take a holistic assessment of our situation. Every community, every people makes law for itself to specifically deal with some challenges, and you do not have to copy what works elsewhere because your history may be different. So, we have a very peculiar history when it comes to our traditional institutions playing some roles in the affairs of our people.

“This’s an opportunity for our traditional institutions to ask for specific roles, but our desire as a National Assembly is to undertake this Constitutional Review because it’s part of a very important legislative agenda, and also our desire to continuously work as a Legislature with the Executive arm of government to create a safer and more secured Nigeria.”

FG salary structure should not be imposed on states – Fayemi