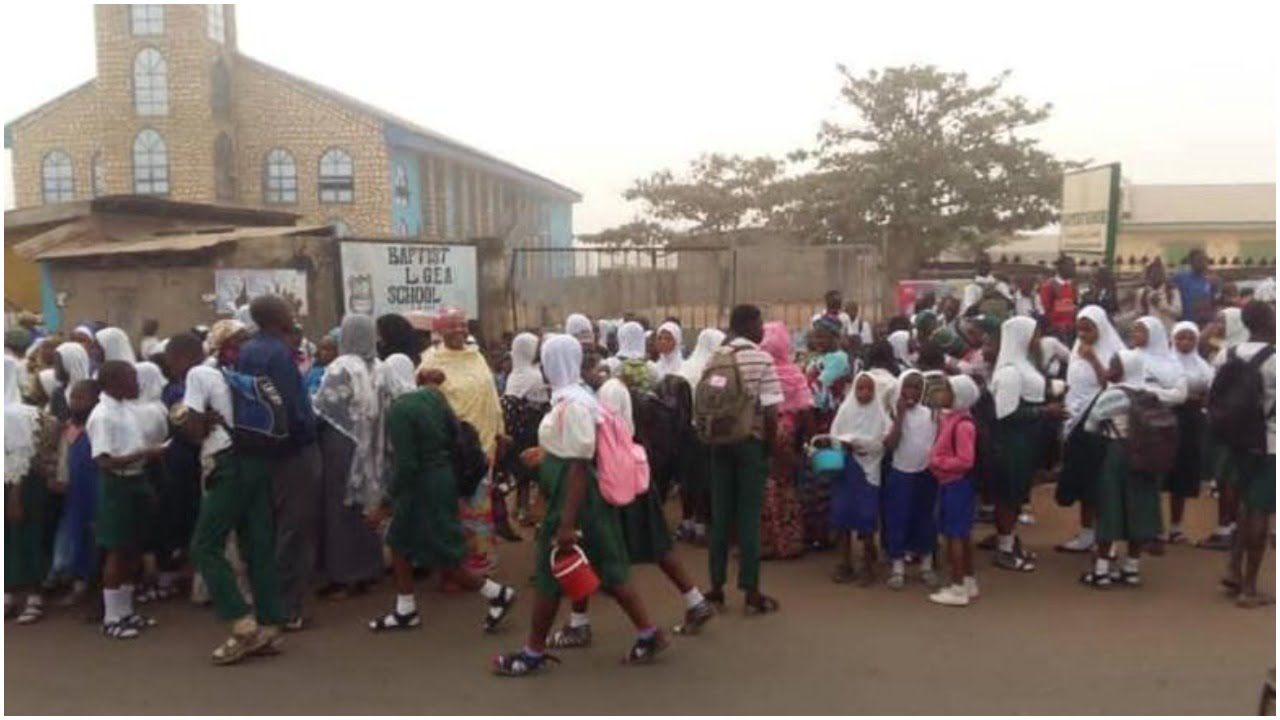 Teachers and staff of all the ten mission schools shut down in Ilorin, by the Kwara State government, have been directed to report at their respective schools on Friday, March 19, 2021.

“Any staff who fails to report for duty will face the full wrath of the law, as the state government will not condone any act of Insurbordination.”

The Executive Chairman of the Kwara state Teaching Service Commission, TESCOM, Malam Bello Tahueed Abubakar, issued the directive in a statement in Ilorin on Thursday.

In the statement by the Press Secretary of the commission, Amogbonjaye Peter, the chairman, said ” The teachers’ resumption has become necessary in order to prepare the final year students for their external examinations.”

Bello, warned all stakeholders against taking the laws into their hands, adding that, peace meeting continues between the government and the stakeholders.

According to the chairman, ” The government regrets the inconveniences the shut down might have caused the students, explaining that the action was taken in the interest of peace.”

Bello, appealed to parents and members of the public to remain calm as the government was on top of the situation since its meeting with stakeholders was still ongoing.

DAILY POST reports that the latest directive may not be unconnected with the resolve of the Christian community leaders to defy the government’s directive and sustain their resistance against the use of the hijab and the demand to return mission schools to their original owners.

However, the state government is contesting the stance of the Christian community saying, there will be no compromise on the demands as the government had taken over the schools since 1974, with the backing of the Nigerian constitution and Kwara state laws.

Lukaku Will Prove His Worth At Chelsea -Souness

BBNaija: I’m not in any relationship with Emmanuel – Liquorose

Are policemen in Lagos truly our friends?

BBNaija: Tension as Ebuka set to announce first ‘Shine Ya Eye’ housemate to be evicted