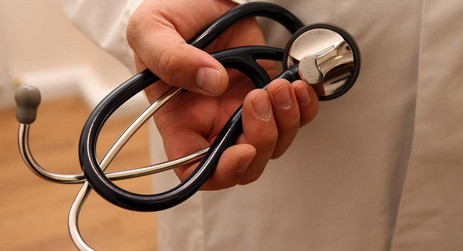 The ongoing strike by members of the Medical and Health Workers’ Union of Nigeria (MHWUN), Bayelsa Chapter, has effectively shut Primary Healthcare Centres across the state.

The strike has hampered access to basic healthcare services like ante-natal for pregnant women and child immunisation at health centres across the eight Local Government Areas of Bayelsa.

News Agency of Nigeria (NAN) reports that the union which drew its membership mostly from primary health centres ordered members to an indefinite industrial action on Friday over the non-payment of their 15 months’ salary arrears.

The MHWUN Chairman, Mr Barnabas Simon, who gave an update on the strike on Saturday, said the union embarked on the strike as the last option following the expiration of earlier deadlines and fruitless meetings with government officials.

He explained that the arrears owed the union members ranged from two to 15 months.

Simon expressed displeasure over many unresolved issues by the government as it affected primary health care workers in the state, adding that after several talks, none of their demands had been met.

He expressed regret that there were no signs from the government that it intends to meet their demand for payment of the outstanding emoluments to justify the pressure on union leaders to suspend the strike.

“The Bayelsa State Council of the Medical and Health Workers’ Union of Nigeria directed all its members to down tools from Feb. 12 after the expiration of ultimatum on Feb.11 and so far, the compliance is total.

“We have been holding meetings with state and local government officials and nothing concrete has been offered to the aggrieved workers, they have been asking us to suspend the strike and discussions are on.

“We made our position clear that we are open to dialogue and negotiations but what we really want is the implementation of the prior discussions which we have had,” he said.

Mrs Ebiboere Michael, an expectant mother, told NAN that she had visited the Amarata Health Centre in Yenagoa but could not get attention for her ante-natal clinic due to the strike.

Dr Newton Igwelle, the Bayelsa Commissioner for Health, told NAN that efforts are ongoing to resolve the industrial action by MHWUN who had withdrawn services at health centres across the state.

“I hope you know that these health workers are not employees of the state government? They are a staff of the local governments and they are having discussions to resolve the dispute,” Igwelle said.