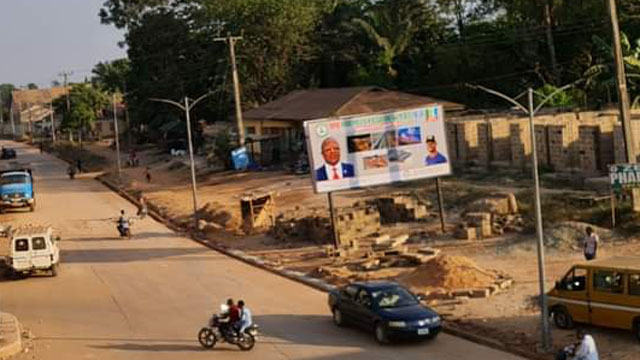 Ebonyi State Police Command, yesterday, confirmed the killing of three of its officers attached to the Safer Highway patrol team by unknown gunmen.

It said they were shot dead while on duty at Nwaezenyi Junction in Izzi Council of the state.

Explainer: What to know about new naira notes

The police public relations officer, DSP Loveth Odah, explained that the assailants, who were in a convoy, disguised as mourners.

But on approaching the checkpoint at Nwaezenyi where they were flagged down, they immediately opened fire before setting the police van ablaze.

She added that two of the seven gunmen sustained major injuries.

Odah said: “According to our Safer Highway team, some disguised people were moving in a convoy as if they were doing a burial rally with motorcycles. Three motorcycles in the front with three tricycles before the two Sienna buses following them.

“In the process of checking them, they opened fire and killed two police closer to them at the checkpoint. The other officers at the sentry shot at them and we reasonably suspected that some of them were also wounded.

“There are traces, in fact, we have gone for an on-the-spot assessment. The Deputy Commissioner of Police (Operation) has led officers to assess the level of damage and find out what actually happened.

“We are really looking for a clue to fish out the perpetrators. So, we have no detailed report yet, but as soon as they are back, we will get the full details.”

The spokesperson continued: “This one (referring to a body) was shot in a close range and the others were coming to help their colleagues not knowing that the tricycle that walked past was in the convoy of the attackers.

They killed them before setting the police vehicle ablaze. That made it three police officers we lost.

“We are mourning seriously, but the police actually linked it up with the breakthrough we recorded last Thursday, April 8, 2021, when in the same fashion, policemen, at a quarry checkpoint, were attacked, but quickly returned fire, hitting two hoodlums in the process. They have made revelations that are really helpful to the command.”