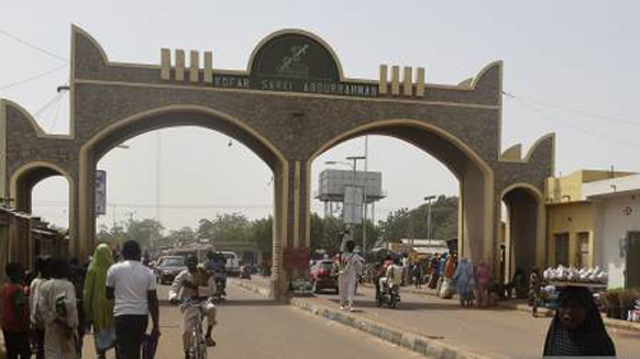 Gunmen have killed one person and injured three others in Kukar Babangida community, Jibia Local Council of Katsina State.

The Guardian gathered that about 11 p.m. on Sunday, the gunmen stormed the community in their numbers for the surprise attack.

Sources in the community said the gunmen started going from house to house, carting away clothes, foodstuff, money, handsets, and other valuables.

They also carted away dozens of motorcycles and rustled domestic animals, including about 300 cows, one of the sources added.

The four victims were reportedly attacked following their refusal to surrender their belongings to the gunmen.

One of the sources said: “They shot one man dead and injured three others. The deceased was buried Monday morning. The three injured victims are receiving treatment at the hospital.”

Spokesperson for the state’s police command, Gambo Isah, was yet to respond to an inquiry made on the issue at the time of this report.

The first-class chief of Jaba was kidnapped on his farm, located on Kaduna–Nasarawa border.

Police spokesman, Mohammed Jalige, confirmed the abduction yesterday. He said: “We have received a report of the kidnap of the traditional ruler, and we are already linking up with our counterparts in Nasarawa State. The farm of His Highness is within the border, and we have to work with the police in Nasarawa.”
HOWEVER, four more Bethel Baptist School students have escaped from their captors.

The escape of the four occurred a few hours after N50 million was reportedly paid to secure 28 of them on Sunday.

Specifically, the escapees were said to have been sent by the bandits to fetch firewood in the forest for the preparation of their meal, when they decided to escape.

However, as they wandered in the forest, three of them met a ‘Good Samaritan’ and approached him to lead them to the highway.

When contacted, Jalige said that he was yet to receive the report.

But the Chairman, Christian Association of Nigeria (CAN), Kaduna chapter, Rev. Joseph Hayab, confirmed that four Baptist students that escaped from the kidnappers have already reunited with their parents.

Hayab told The Guardian: “Three boys escaped from the bandits after we received the 28 students on Sunday. They were found wandering in Kagomi forest and a ‘Good Samaritan’ found them and brought them out.

“One other student, who also escaped, fell into the hand of one criminal who called and insisted that we must pay him money before he released the boy. We ended up paying him N130,000 and bought him a new phone and recharge card that he demanded. He released the boy around 11 p.m. on Sunday.”