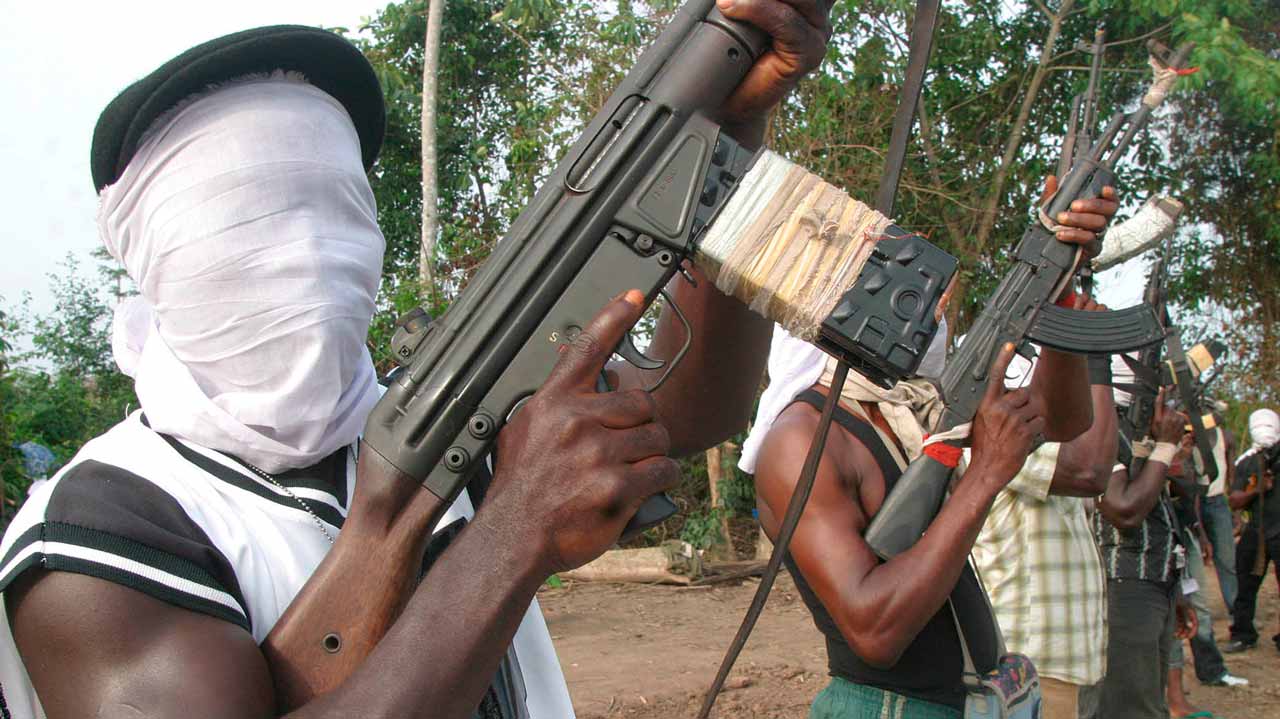 The invasion, which was accompanied with sporadic gunshots, led to an attack on a farmer, who was inflicted with machete cuts on his head.

He also sustained severe head injury during the dastardly operation.

An eyewitness said the sporadic gunshots made passersby scampered to safety, as the kidnappers grabbed their victim and forcefully dragged her into a nearby forest within Kwara and Kogi borders.

The eyewitness, who is a member of the community, told newsmen, yesterday that the abduction happened around 8:00p.m. on Saturday.

He said the abductors, numbering five brandished AK 47 rifles,  had a pleasurable time at the town, where they pretended to be buyers on friendly visit before they struck and took  Alhaja Saliu to an unknown destination.

“They were at the town pretending to be buyers and used the opportunity to study the trader’s movement in and out of her shop.

They waited till nightfall and suddenly, we heard gunshots that lasted for about five minutes, with this, we knew  that something was wrong.

“They followed the woman into her shop, grabbed and dragged her into the forest as they shot indiscriminately to scare people away.

“As they were doing this, a farmer, who was at the shop and made efforts to struggle with the kidnappers, was shot.  When they realised the pellets couldn’t penetrate the man, they drew out a sharp cutlass and inflicted a deep cut on his head. He is currently in the hospital.”

Contacted, the Police Public Relations Officer, Ekiti Command, Sunday Abutu, said the Command is yet to be briefed about the incident.

But The Guardian learnt that the Divisional Police Officer in charge of Ikole Council visited the community around 7:12a.m. on Sunday and promised to recover the woman as well as  apprehend the perpetrators of the heinous crime.

Is Flour Mills deal to acquire Honeywell made in heaven?