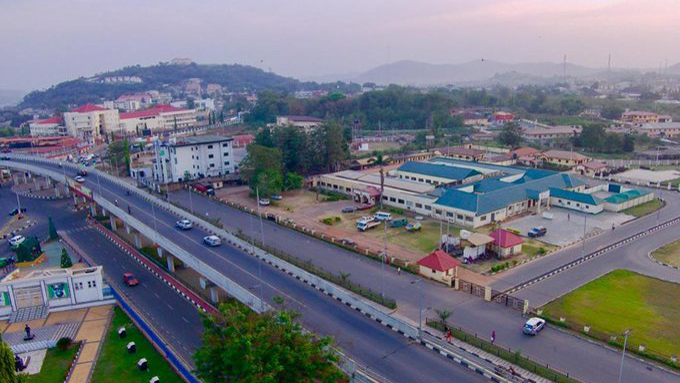 A chinese expatriate has been kidnapped by gunmen in Ekiti State and his whereabouts yet to be ascertained by security agencies.

The man was said to have been abducted at Igbemo-Ekiti in Irepodun Ifelodun Local Council of the state.

The expatriate, who was identified as one of those supervising the construction of Ilupeju-Ire-Igbemo-Ijan Road, was said to have been waylaid at Igbemo-Ekiti while driving in a Hilux Van and forcefully taken away by the gunmen.

MEANWHILE, four persons who posed as operatives of the proscribed Nigerian Merchant Naval Corps have been arrested during their visit to the office of the Chairman of Irepodun/Ifelodun Local Council, Shina Oguleye,

The suspects, in Naval uniform, were rounded up at the headquarters of the council at Igede-Ekiti.

Ogunleye, who confirmed this to journalists via a telephone conversation, said the four men were nabbed by police and men of the Department of State Services (DSS), who acted on a tip-off from the council boss.

The council boss described the action as a botched attempted kidnapping that was averted due to the quick intervention of the security forces.

He said: “Before they came to my office, they had earlier called and with the way they spoke, I suspected a foul-play and I had to inform some higher security officials in the state who tutored me on what to do.

“When they called me the second time, I gave them an appointment for 9:00 am on Tuesday. When I was informed by my Secretary that they had arrived, I immediately contacted the State Director of DSS and the Police Area Commander in charge of Ido/Osi and Irepodun Ifelodun local councils.

“I arrived at the office around 10:00 a.m. and as I was entering my office, they wanted to follow me but they were prevented from gaining entry until the DSS and police operatives numbering 20 arrived the scene.

“The security asked them some pertinent questions, but they could not answer appropriately. It was then we realised that they were fake officers and that they came for a sinister mission.

“They had been arrested and taken to the police headquarters for further questioning.”

But Abutu said preliminary investigation revealed that the arrested men committed a case of impersonation.

He said that the suspects confessed they were in Ekiti to set up a base of their security outfit in Igede-Ekiti, which he described as a breach of the law, saying: “The body they claimed to represent had been disbanded by the Federal Government. They are being detained and they will be charged to court soon.”
[a]d