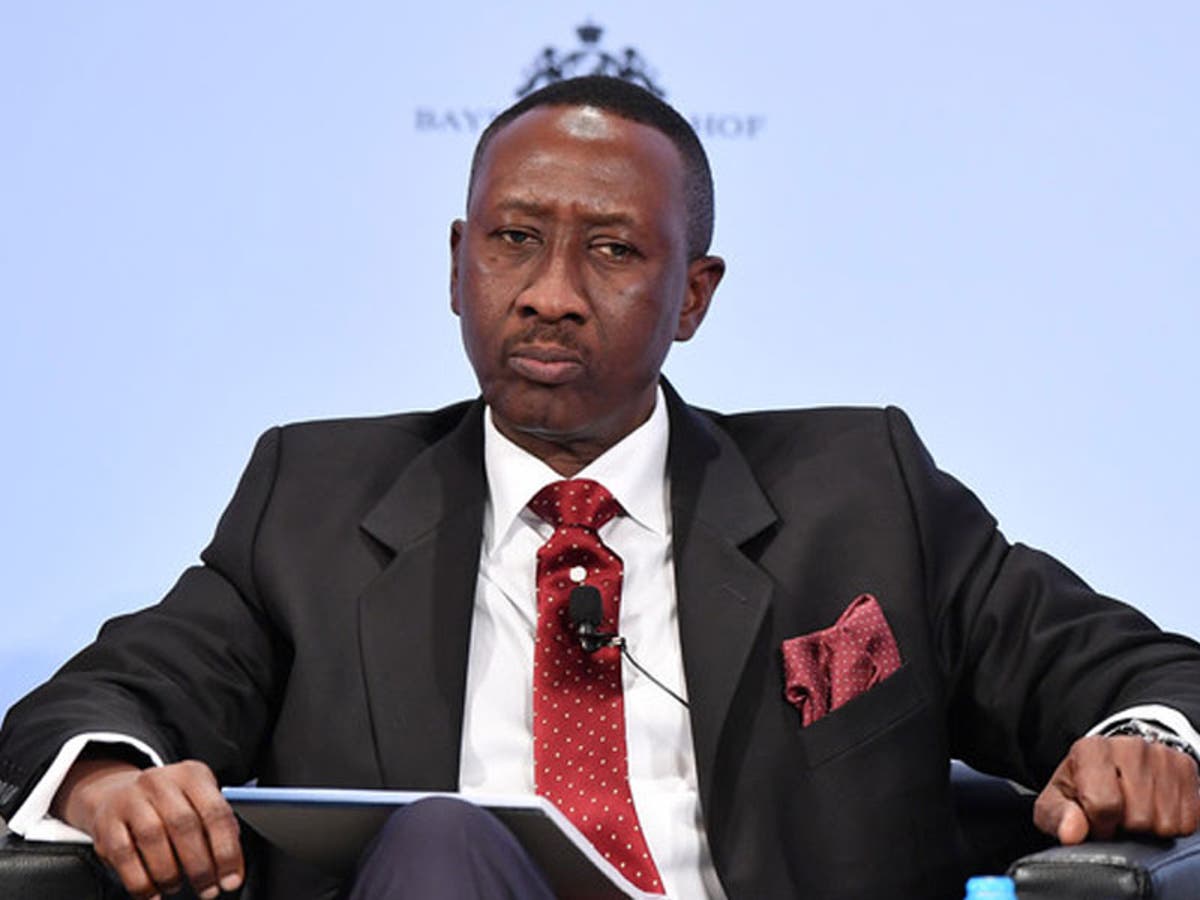 Seven key attributes define his life story: faith in God, peacefulness, humility, compassion, discipline, vision and forbearance. Attaining 57 years of age on Saturday, March 20, His Excellency, Governor Ifeanyi Ugwuanyi of Enugu State, has carved an enviable niche for himself as an outstanding leader with a unique governance philosophy.

Gov. Ugwuanyi, fondly known as ‘Gburugburu’, habitually appreciates and acknowledges his beloved ‘God of Abraham, God of Isaac, God of Jacob and the awesome God of David’, for the bold statement the Almighty has decreed in his life odyssey. His peers readily acknowledge this strikingly humble trait.

A leader who stresses consensus, widely recognized by all for his commitment to peace, development and wellbeing of the people, especially the lowly and less privileged, Gov. Ugwuanyi has gone down in history as a phenomenon that stands tall among his contemporaries and tells the story that life is better enjoyed on side of the above attributes.

Assuming office in 2015, at a time the state’s resources were growing leaner because of the nation’s adverse economic realities, Gov. Ugwuanyi was undaunted and resolute in his steadfastness to build Enugu State of the founding fathers’ dreams, where peace, harmony, inclusive governance and rapid development hold sway.

The governor’s sheer determination to alleviate the sufferings of the people and make life more meaningful for them, against all odds, gave birth to his administration’s rural development policy aimed at taking democracy dividends to the doorsteps of the rural dwellers.

His driving focus remains remembering the long-neglected, reconnecting the rural dwellers with the realities of governance and addressing the hydra-headed imbalance between urban and rural populace in terms of distribution of infrastructure and other basic amenities.

Besides the nation’s economic meltdown, the governor when he assumed office, also inherited a huge debt profile and other wage bills to be serviced. At that time, 27 states, excluding Enugu, could not pay workers’ salaries, let alone embark on capital projects.

Governors resorted to bailout funds to meet up with high demands of governance. What was more challenging was their inability to access the nation’s excess crude oil funds, which enabled their predecessors to execute capital projects and address other sundry public needs.

In spite of all these, Gov. Ugwuanyi was able to lead Enugu State out of the woods and attain enviable heights as one of the most peaceful and safest States in Nigeria, as well as being among the six economically most viable states in the country that can survive without federal allocations.

Enugu State, with no oil, under Gov. Ugwuanyi’s watch, was also rated as the second most advanced state in Nigeria, on the Ease of Doing Business by the World Bank Group; one of the only three states out of the 36 states of the federation that have fulfilled obligations to their workers (BudgIT) and among the seven states that are solvent with impressive over 30 percent Internally Generated Revenue (IGR) to fund additional economic activities (Economic Confidential magazine verdict).

It is on record that Enugu is in the list of the few states that commenced payment of N30,000 new minimum wage to their workers without any form of rancour, in January 2020. It is also on record that Gov. Ugwuanyi’s administration has invested huge resources in road infrastructure, covering about 680km, largely concentrated in the rural areas.

Looking at history, Ugwuanyi is the only governor of Enugu State to witness two economic recessions in five years of his administration, the recent #EndSars protests and a pandemic (COVID-19) that has brought a major setback to the entire world in terms of growth and development, coupled with other challenges.

The construction of the state’s first flyover bridge, a landmark project, has commenced at the intractable Abakpa Nike/T-Junction road, to ease the traffic gridlock in the area. His administration has also made huge investments in other sectors of development such as health, education, security, investment promotion, agriculture, workers’ welfare and empowerment, etc.

For instance, the Ugwuanyi administration has constructed and renovated district hospitals and health centres in the state, especially in the rural areas under the primary healthcare programme.

It has massively rehabilitated and transformed the former Colliery Hospital Enugu, with the construction of new structures, which is now designated as the Enugu State Infectious Disease Hospital, for isolation and treatment of patients with infectious diseases.

In Education, besides recruiting over 5000 primary and secondary school teachers, Ugwuanyi’s administration has constructed, renovated and equipped 1,205 classroom blocks and other school projects under ENSUBEB. It procured and distributed over 50,000 classroom furniture and other learning tools for primary school children and their teachers.

Under the PPSMB, the state government supplied and installed computers to 200 secondary schools and science equipment to 151 secondary schools; constructed and renovated classroom blocks, offices and hostels, among others. The story is the same in the state owned tertiary institutions.

On workers’ welfare, Ugwuanyi, who has been widely adjudged as one of the most labour-friendly governors in Nigeria, is known for his administration’s prompt and regular payment of workers’ salaries and retirees’ pensions, among other incentives.

In his peacefulness, despite the nation’s avalanche of challenges, Gov. Ugwuanyi has continued to spearhead and advance peace in Enugu State in a rare, dignified manner.

Today, Enugu State is not only enjoying a secure environment, businesses have continued to flourish as investors, tourists, families, relations and friends, keep trooping to the state for various socio-economic engagements, with hotels fully booked most times.

The peace in Enugu State, which is largely responsible for the milestone achievements recorded by Gov. Ugwuanyi’s administration, in spite of various challenges, has also engendered real estate development in the state and increase the state’s Internally Generated Revenue (IGR).

In actualizing this peace, Gov. Ugwuanyi has invested and sacrificed a lot. The governor has no enemy and has continued to pay the ultimate price for peace to reign in the state, and history will forever remember him for spearheading and institutionalizing such campaign that is extremely critical to the progress of the state.

His simplicity, goodwill, open-door policy, tolerance, compassion in uplifting the downtrodden and direct contact with everyone, irrespective of class or status, are eloquent testimonies to his sophisticated background as a humble leader.

Ugwuanyi is one who delights in the joy of his people and shares in their grief as well, keeping in touch at all times. Early this year, Ugwuanyi was at the 82 Division of the Nigerian Army, Enugu, with cash gift and food items, to solemnly identify with widows of fallen heroes, in commemoration of the Armed Forces Remembrance Day.

This attribute was among the factors responsible for the governor’s unprecedented victory, winning 95.54 percent of the votes cast during his reelection in 2019. This is actually the highest in the nation’s electoral history.

As a man of conscience, Gov. Ugwuanyi, through his life’s journey experience and encounter with the people, has proved to be someone who does not forget the past or where he is coming from. He appreciates friendship, brotherhood and any deed of goodwill from people.

A case study in mind is the governor’s rare leadership role in reinvigorating the political expedition of the former Governor of Enugu State, Senator Dr. Chimaroke Nnamani. The senator, after he left office as governor, was confronted with stern challenges that almost retired him from active politics. But Ugwuanyi ensured that he returned to the senate in 2019.

Nnamani as Governor of Enugu State in 2003 and leader of Ebeano political family was instrumental to Gov. Ugwuanyi venturing into active politics as the member representing Igbo-Eze North/Udenu Federal Constituency in the National Assembly.

Speaking when he visited Gov. Ugwuanyi at the Government House Enugu, for the first time after 12 years he left office, Nnamani thanked the governor for his benevolence, display of conscience, and for “giving me a second chance”, saying: “Ugwuanyi has wiped my tears”.

Sen. Ike Ekweremadu, who described Gov. Ugwuanyi as “a symbol of peace” and frowned at the handiwork of political jobbers, when he led stakeholders of Enugu West Senatorial District to pay a solidarity visit to the governor, pronounced that they will continue to stand by Ugwuanyi to ensure that he advances and actualizes his peace and development initiatives for the state.

Besides, virtually all leaders of political, religious, traditional and socio-economic institutions in Enugu State and beyond are unanimous in their positive stance on Gov. Ugwuanyi’s peace and good governance initiatives.

The Spiritual Director of the Adoration Ministry Enugu Nigeria (AMEN), Rev. Fr. Ejike Mbaka, has on several occasions, eulogized Gov. Ugwuanyi for entrenching peace and good governance in Enugu State, describing him as “a good man; a man of peace; a perfect genius; humble and ever patient leader”.

Recently, the new National President of the Pentecostal Fellowship of Nigeria (PFN), Bishop Wale Oke, at the church’s 16th Biennial Conference in Enugu, where Gov. Ugwuanyi was conferred with the ‘Defender of the Faith” award, alongside Vice President Yemi Osinbajo, expressed delight at the governor’s simplicity, his generosity to PFN and other churches in the state, as well as his disposition as a peaceful and God-fearing leader.

As Gov. Ugwuanyi clocks 57 years, it is worth noting that despite the avalanche of economic, security and public health challenges, he has kept faith with his core vision to “deploy government services to create fair and equal opportunity for every willing citizen to make a living and create wealth, educate our children, and enjoy life in a peaceful and secure environment”. Happy Birthday, Your Excellency!