by newsjar
in Entertainment, Metro, News
0 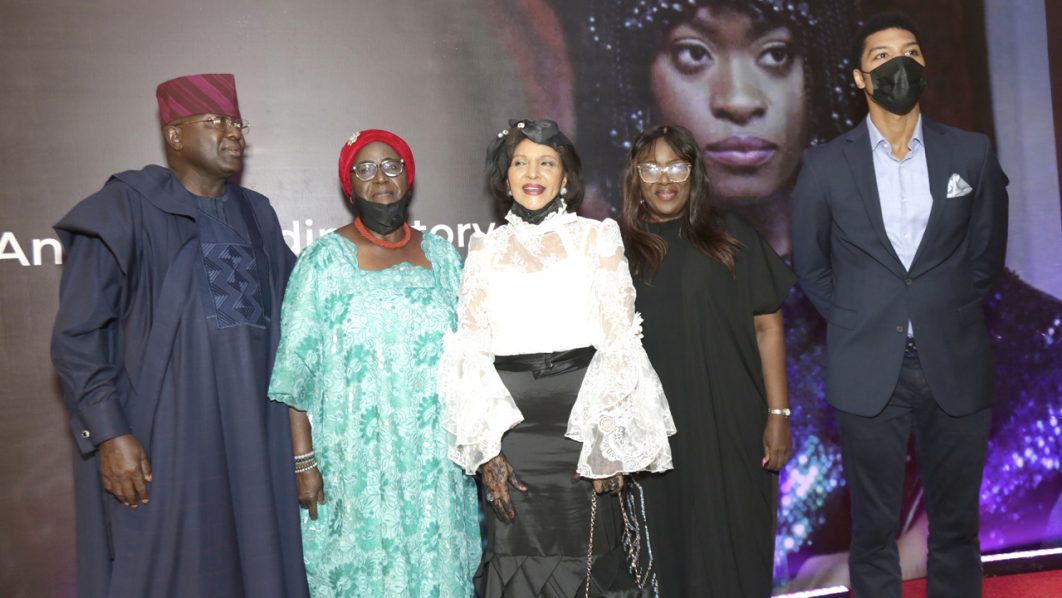 A year after the country and the entire world was locked down as a result of the Coronavirus (COVID-19) pandemic, the Nigerian entertainment industry had something to cheer yesterday, April 18, 2021, as a host of celebrities, fashionistas, Nollywood aficionados, bibliophiles and high net worth guests, converged on the beautiful EbonyLife Place for the Nigerian premiere of the widely travelled Eyimofe (This Is My Desire). The glitzy event ended months of Eyimofe nostalgia.

The movie premiere was a triumph for the entertainment industry, which had moved online. It was a visual echo of what the world had been deprived of after virtual reality replaced physical reality in human activities.

There was so much more buzz in the facility, as journalists, photographers, and a host of entertainment workers gathered at the lobby to prepare for the start of the event.

By 5:00 pm guests had started to trickle to the venue with the first set of red carpet shots taken.

The Guardian management team was around to lend support to the vision. The team had Editor in Chief, Martin Oloja; General Manager, Commercial, Kazeem Adedoyin; General Manager of Corporate Services, Efure; and the editor, Guardian on Saturday, Chuks Nwanne.

The expatriate community was well represented. The excitement and joy of having the Nigerian premiere were boldly written as the Executive Producers of the film, Lady Maiden Alex-Ibru, and Toke Alex-Ibru, welcomed guests to the show.

The executive producer, Lady Maiden Alex-Ibru, said she is very excited that the Nigerian premiere is finally taking place. She said: “We have been waiting for this to happen. It was first premiered in Berlin last year. It is a special evening for us, for me, in particular.”

Speaking on the film’s message, she said: “It is a personal choice, despite many options available, especially to the central characters, they, in the face of difficult times in a country blessed with milk and honey, decided to remain at home.”

The film was screened amid strict observance of COVID-19 protocols.

While a select group of guests was seeing Eyimofe (This is my desire) for the first time in Nigeria at the EbonyLife Place, Victoria Island, Lagos, where it premiered, news filtered in from the United States that the film has won the ‘New Directors Competition Grand Jury Award’ at the Seattle International Film Festival.

In its official statement, the jury noted: “We’re pleased to give the SIFF New Directors Grand Jury Prize to Eyimofe (This Is My Desire). This was a quick and unanimous decision for our jury. We agreed that from the very first shot, we knew this was a very special film. We couldn’t believe this was a debut feature, given the maturity of its patient style, its gorgeous cinematography, the uniform strength of its performances. We found Eyimofe a deeply moving, richly textured portrait of life in Lagos, Nigeria, and hope this prize gives the film a greater chance to be seen by audiences around the world. Congratulations to Arie Esiri and Chuko Esiri, and thank you for sharing this film with us and the world.”

Presented at the Festival since its inaugural year in 1957, the Golden Gate Awards (GGAs) are among the most significant honours for emerging global film artists in the United States.

This year, seven new international voices were selected for the Seattle International’s New Directors Competition. To qualify, the films must be dramatic features, a director’s debut or second feature, and without U.S. distribution at the time of SIFF selection. The films are chosen for their original scripts, innovative cinematography, and unique insights.

From Bangladesh to New Zealand, Canada to China, Georgia to Nigeria, these were films that expanded the cinematic palette in inventive ways.

The New Directors jury comprises film industry professionals and journalists that chose the winning filmmaker, which was announced at the closing night’s awards celebration with a cash prize of $1,500.

With the recent festival selections, Eyimofe has now been exposed to festival audiences in over 20 countries – representing Nigeria everywhere it travels to.

The movie, already, has been selected for the 50th-anniversary edition of New Directors/New Films (ND/NF) in New York.

The Museum of Modern Art and Film at Lincoln Center (FLC), New York, made the announcement, ahead of the film’s Nigerian premiere at the Ebonylife Place, yesterday, April 18, and its cinematic release on April 23.
SPEAKING with The Guardian, the scriptwriter, and co-director, Chuko Esiri expressed his happiness that the film has finally come home. His words: “This is a homecoming for me.”

Esiri said he is amazed at the recognition the film has garnered in the last year.

While commending the film, the filmmaker Mahmood Ali-Balogun said, “ Eyimofe reinforces some of the things some of us have been saying, which is cinematic agenda for our nation.”

Ali-Balogun said the technical details, cinematic language, and expression are highly commendable and a message on the art of filmmaking as against the commercial values, which some directors offer.

The veteran actress, Taiwo Ajai-Lycett, believes such a film, and like other genres of entertainment, are good tools for reorientation. “We have a tool to change the thinking of Nigerian youths in our hands.”

Also speaking, Charles Ukpong, a veteran actor and former secretary-general of the National Association of Nigerian Theatre Arts Practitioners (NANTAP), said the film is essentially a parody of what our nation is. When things are not working well, people seek greener pastures, but then, is there greener pasture anywhere.”

Eyimofe has been recognised among 27 features and 11 short films to audiences nationwide in the MoMA and FLC virtual cinemas, and to New Yorkers at Film at Lincoln Centre, for representing the present and anticipating the future of cinema.

This year’s festival will be opened by Amalia Ulman’s El Planeta and will close with Sundance Jury Prize winner for Experimentation in Nonfiction, Theo Anthony‘s All Light, Everywhere. Other selected feature films include Aleph, Apples, Bipolar, Friends and Strangers, and many others.

Set in Lagos, Nigeria Eyimofe (This Is My Desire) is a two-chapter film that follows the stories of Mofe (Jude Akuwudike), a factory technician, and Rosa (Temi Ami-Williams), a hairdresser, on their quest for what they believe will be a better life on foreign shores.

Tragedy and fate intervene after Mofe loses his family and Rosa fails to deliver on a promise, their travel plans collapse forcing them to reconsider living abroad.

As time passes and wounds heal, they learn the future they desperately seek can be built at home.