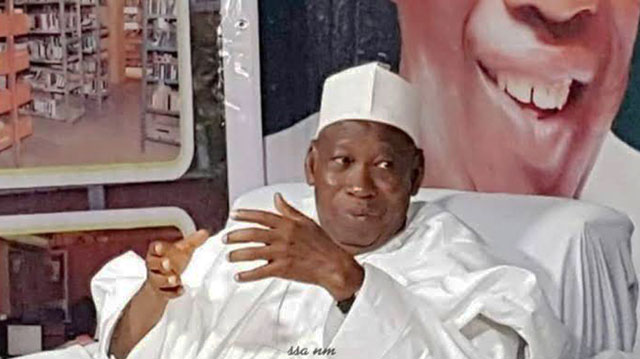 Gov. Abdullahi Ganduje of Kano has urged the media to continue to promote national integration and unity among Nigerians.

Ganduje made the call in Kano, shortly after presenting keys of vehicles, the state government donated to the Nigeria Union of Journalists’ (NUJ), Kano State Council and the NUJ Correspondents’ Chapel.

“We need unity in Nigeria now, more than ever. Journalists are the ones to promote this.

“They are always in the forefront of peace and stability. We will continue to assist them so that they can continue doing their job.

“Our diversity should be regarded as an opportunity to make us more united and stronger,” he said.

Ganduje said that journalists need to be supported to promote the much-needed unity and the national integration.
Earlier, the Commissioner for Information, Malam Muhammad Garba, described Gov. Ganduje as a media-friendly governor.

Garba urged journalists to continue to project the good image of Kano government.

According to him, the state government will continue to provide the enabling environment for media practitioners to discharge their duty.

Speaking, the Chairman of NUJ, Abbas Ibrahim and the correspondents’ chapel, Ibrahim Garba, thanked the governor for the gesture.

Kabir Akintayo: Onwubiko’s HURIWA the mouthpiece of IPOB against Northerners

Kabir Akintayo: Onwubiko’s HURIWA the mouthpiece of IPOB against Northerners