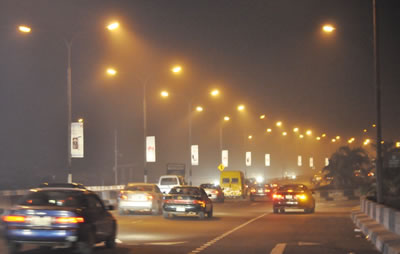 Okpe gave the warning, while speaking in Osogbo, following the death of seven travellers,  who were burnt to death in a lone accident involving an 18-seater bus.

The accident occurred at about 3:45 a.m, on Tuesday after the bus rammed into a billboard along Ilesha/Osu expressway in Osun State.

It was learnt that the vehicle, which was coming from Zamfara State, caught fire and killed the occupants.

Confirming the crash, Okpe said the crash could be as a result of the driver sleeping on wheel.

He urged travellers to embark on their journey during the day and warned drivers against driving when they are experiencing fatigue or tiredness.

He said: “We were on patrol around 3:45 am at Ilesha when the accident occurred.

“Some passengers were burnt beyond recognition. The FRSC and Fire Service joined us.”

MEANWHILE, a Police Sergeant, Onatunde Joba has been arrested by the Osun State Police Command over alleged indiscipline.

Joba appeared drunk in a video that has gone viral on social media.

The statement read: “The Osun State Police Command in its continued efforts to rid the command of all forms of unethical behaviours, unprofessional acts and indiscipline, has identified, arrested and detained the police officer, Sgt Onatunde Joba that was drunk and whose video went viral.

“Investigation and disciplinary actions have commenced. The Commissioner of Police, Olawale Olokode, is using this medium to state that the stringent disciplinary action he would face will serve as a deterrent to other officers of his like.

“The command under his watch will not tolerate or condone any act that is capable of tarnishing the image of the Force, or unbecoming of a police officer.”

Get down to work – Kwara PDP hits Gov Abdulrazaq

Get down to work – Kwara PDP hits Gov Abdulrazaq