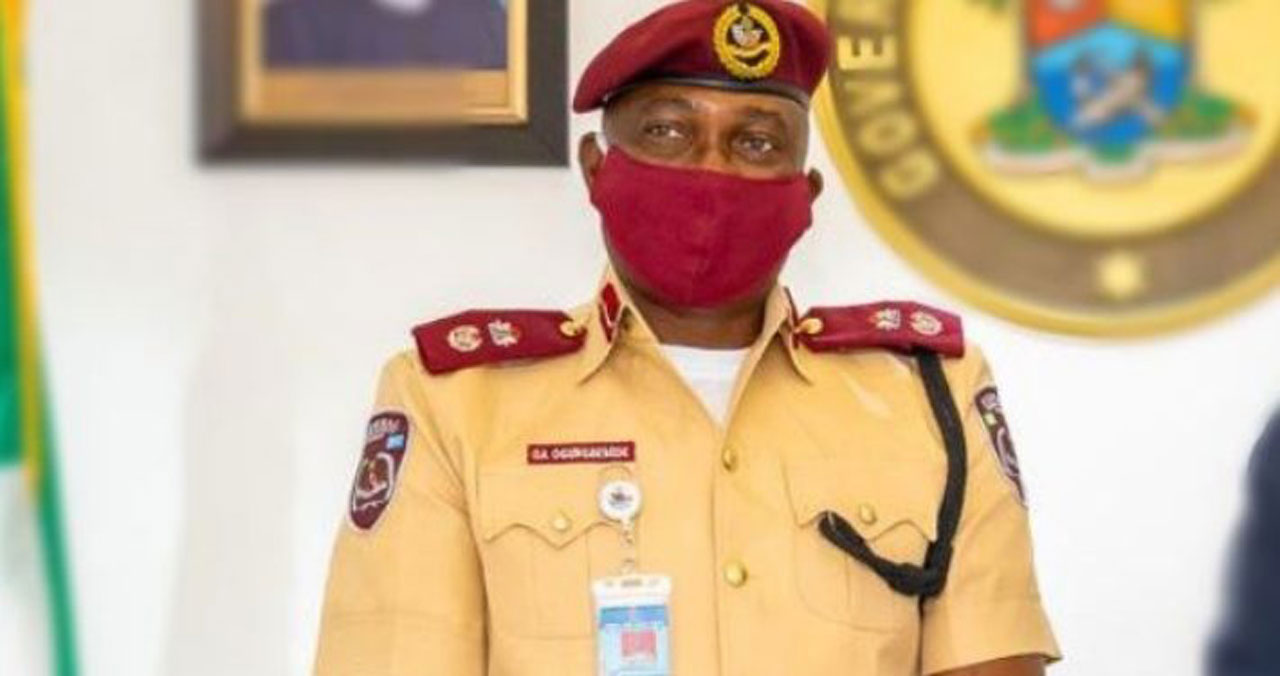 Ogungbemide gave the advice yesterday at the inauguration of the Special Marshal unit at Olorunsogo, Mushin, Lagos. Speaking at the Christ Apostolic Church, Olorunsogo, the venue of the inauguration, the sector commander urged the congregation to adhere to all traffic rules.

“Only a wise man will wake up in the morning, do all his activities and return home without a crash. I am using the Bible injunction to lecture Christians. There was a time Jesus went to pray and three disciples went with him and he told them to pray because the time was almost at hand, but when Jesus returned to them and he met them sleeping, he told them to watch and pray”.

Many of us wake up in the morning and pray but we don’t watch.” He added: “Most times, when people travel, they start sleeping few minutes after they boarded the vehicle and when they open their eyes, they find themselves at the gate of heaven because they did not watch. It is only when a person watches that he can see a driver over-speeding. It is only when a person watches that he will realise that the tyres of the vehicle he wants to board have brought out threads. But instead of someone to watch, they enter the vehicle and pray to God to take them to their destinations.”

He said: “The people we are inaugurating here today, by the power of the establishment of 2007 Federal Road Safety Corps Act, they have been given the authority to manage your traffic. They would fail if you do not respect them and if you fail to honour the power of God in them. Hauling insults on them will not help them or the citizens.”

Many injured as NURTW members, okada operators clash in Lagos