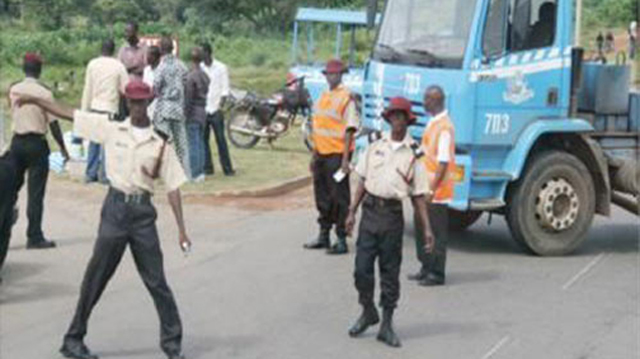 The Federal Road Safety Corps (FRSC) in Osun said no fewer than 13 people died in road accidents in January.

The Command’s spokesperson, Mrs Agnes Ogungbemi, made this known in a statement issued on Saturday in Osogbo.

Ogungbemi noted that 194 persons were involved in different accidents in 112 people sustained various degrees of injuries in January.

“Although 42 different road accidents, involving 63 vehicles and 194 people were booked, we were able to save the lives of 69 people,’’ she said.

According to her, the accidents occurred due to non-compliance with road traffic regulations on the highways.

She advised road users to be careful and be more conscious while driving in order to avert an accident.

Ogungbemi said that the command would continue to engaged stakeholders on road safety matters to ensure that the road is safe for driving.

She added that any motorists that violate the road traffic regulations would be penalised in accordance with the Laws.

Fredrick Nwabufo: Lai Mohammed and the burden of spokesmanship